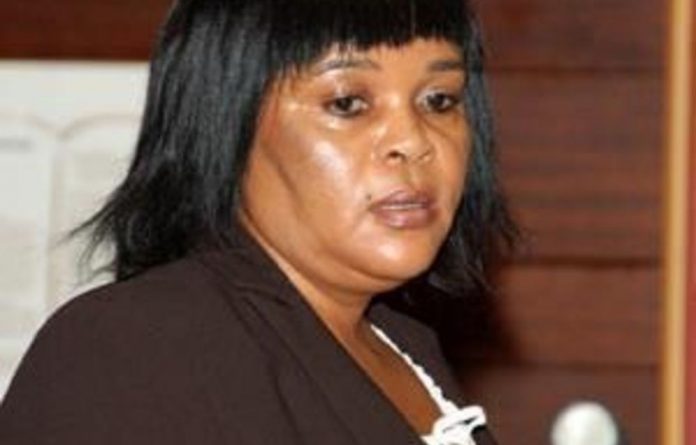 The Pietermaritzburg High Court on Thursday ruled against the state’s application to have its drug-trafficking case against Sheryl Cwele reopened.

The state on Wednesday brought an application for the reopening of its case against Cwele, the wife of State Security Minister Siyabonga Cwele. The aim of the application was to allow new witnesses to take the stand.

Judge Piet Koen said there were no satisfactory reasons why the witnesses were not called during the trial. He started delivering his judgement soon after turning down the application.

Cwele and her co-accused, Frank Nabolisa, have pleaded not guilty to dealing or conspiring to deal in drugs, procuring a woman, Charmaine Moss, to collect drugs in Turkey, and procuring another woman, Tessa Beetge, to smuggle cocaine from South America.

Put on hold
Beetge was arrested when 10kg of cocaine were found in her luggage in Brazil in 2008. She is serving a jail sentence in São Paolo. Moss turned state’s witness.

Koen was expected to deliver judgment on Wednesday morning, but this was put on hold pending the outcome of the state’s application.

In the defence’s court documents opposing the application, Cwele said she had spent a fortune on legal fees on days that could have been used to hear evidence had the state not decided to close its case.

Her employer, the Hibiscus Coast Municipality, was also not paying her for taking leave to attend court proceedings.

“That means that each time I attend the court proceedings I have to pay for my legal team and lose income. I have lost a fortune as a result of my attendance,” she said, submitting that the reopening of the case would make the situation worse.

She described her case as a high-profile matter that had attracted a huge amount of media attention. She had found some of the reports hurtful to her and her family. — Sapa