Trial of ‘most wanted Nazi’ starts in Budapest 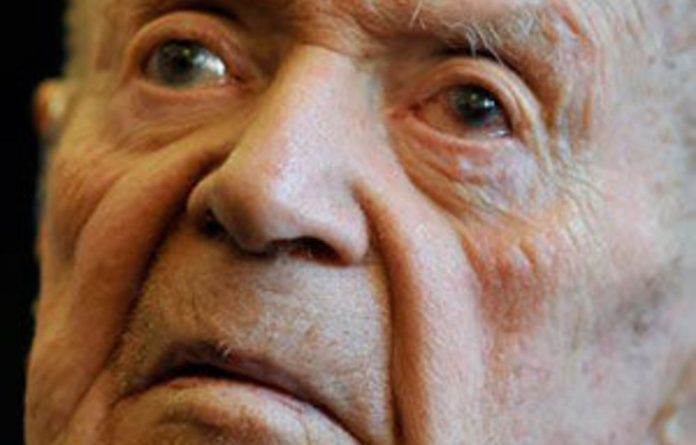 The world’s most-wanted Nazi war criminal, 97-year-old Sandor Kepiro, went on trial in Budapest on Thursday, charged with “complicity in war crimes” in Serbia in 1942.

The former Hungarian military officer arrived at the Budapest Municipal Court looking frail in a green-grey suit and walking very slowly with a stick.

He told reporters he was “completely innocent” and hit out at the trial as a “circus”.

Kepiro is accused in connection with a raid by Hungarian forces on the northern town of Novi Sad between January 21 and 23 1942, in which more than 1 200 Jews and Serbs were murdered.

Specifically, prosecutors charged Kepiro, as head of one of the patrols involved in the raids, with having ordered the rounding up and execution of 36 people. If found guilty, he faces a life sentence.

Kepiro, who is hard of hearing, complained that he had not been able to hear any of the judge’s opening comments. So his assistant, Eva Kadar, who is a relative, repeated the questions to the accused.

Judge Bela Varga, stressing it was of paramount importance that Kepiro be able to following the proceedings with full attention, ordered that the hearings last no more than three hours, with a 10-minute break every hour.

Wiesenthal Centre director Efraim Zuroff, the man who finally tracked Kepiro, was also in court to see the opening of the trial.

“This is the first trial of a Hungarian war criminal and since Hungary has collaborated with Nazi Germany, it’s very important it takes place,” he told reporters.

“There can be no clemency, no sympathy and no ignoring of the facts,” Zuroff said.

‘Murder has no age’
About 30 students demonstrated outside the court, wearing yellow Stars of David and brandishing banners and placards with phrases such as “How do you sleep Mr Kepiro?” and “Murder has no age”.

Kepiro has conceded he was present at the Novi Sad raid, but insists he knew nothing of the massacres.

“The charges are lies, all lies,” he told reporters. “I knew nothing of the massacres. The soldiers told me nothing.”

Kepiro has already been found guilty — in absentia — of the crimes in Novi Sad twice: first in 1944, and then again in 1946, this time under the communists, when the previous 10-year jail sentence was quashed.

Sentenced to 14 years, he avoided prison by fleeing to Argentina where he remained for half a century before returning to Budapest in 1996. That was where Zuroff tracked him down 10 years later.

“I hope ultimately he will be convicted and punished,” Zuroff said.

Serbian war crimes prosecutor Vladimir Vukcevic also attended the first day of the trial, as did representatives of the Jewish community of Novi Sad and Israel’s Ambassador to Hungary, Aliza Bin-Noun.

“We all hope justice will be served,” Boris Kopilovic, a member of the Jewish community in the Serbian province of Vojvodina, said.

“They have to be brought to justice, it’s not important how old, or what medical condition they are in.”

With proceedings against another Nazi war criminal, Ukraine-born John Demjanjuk, nearing their end in Germany, Thursday’s trial could be one of the last of its kind, said Zuroff.

Kepiro’s defence lawyer is Zsolt Zetenyi of the National Legal Foundation, which is close to the Hungarian far-right Jobbik party. — AFP