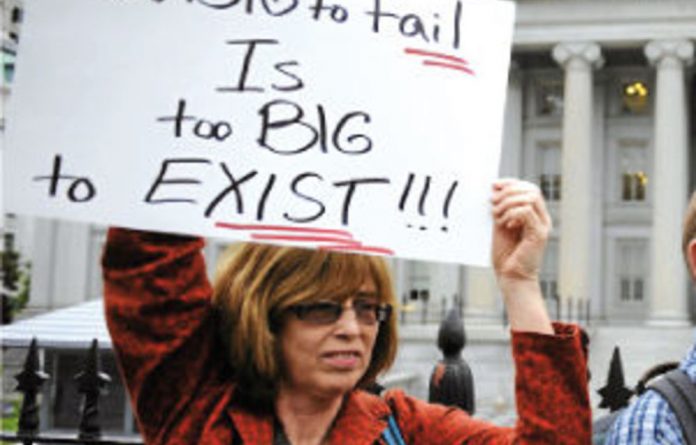 As angry nuns and other protesters prepare to march on the meeting, Cohan, who has spent the past two years writing the book, Money and Power: How Goldman Sachs Came to Rule the World, says he can understand, if not empathise with, the bankers.

Goldman managed the dubious honour of coming out of the financial crisis with the best financial returns and the worst public image. “They feel beleaguered,” Cohan says. “I think there’s an element that believe they should be applauded for what they did, not reviled.”

Since the credit crisis subsided, Goldman has gone back to doing what it does best — making money. But its public relations problems seem to grow ever worse. The company was once the gold standard of investment banks, with an unimpeachable reputation. Yes, there were dark rumours that Goldman’s primary interest was lining its own pockets and not those of its clients. But Goldman’s bankers had the ear of chief executives, prime ministers, bureaucrats, kings and presidents from Beijing to Washington.

Before its recent travails, the bank was a model of ruthless efficiency, smoothly run by a globetrotting elite who made money and went on to do great things in the United States government. Everyone wanted a bit of Goldman’s magic. The reality, Cohan argues, is that Goldman has never really been that different from its rivals. Goldman staff, just like their peers at lesser firms, live in a back-biting world of ambitious bankers who would elbow their best friends in the face to get the corner office. The only difference is that they are better at it and, whereas bankers at rival firms will happily skewer their colleagues if prompted by outsiders, the Goldman ideologues believe their own hype.

Cohan’s book tells a story of bitter power struggles and business cock-ups not so very different from his books on Lazard and Bear Stearns. So why does he think Goldman has been so successful in burnishing its own image? Cohan says, in part, it’s because for the bank’s first 150 years it was a private partnership.

“It was free to create its own myths as long as it didn’t get into too much trouble,” he says. Part of that myth-making was to make sure its partners went off into powerful positions and could spread the Goldman word.

But the biggest factor has always been Goldman’s success. Its staff may be just as dysfunctional as the rest of Wall Street, but they make more money. That success gilds the bank’s mystique, allowing it to attract the top talent and make even more money. “No wonder they believe their own bullshit,” Cohan says.

And, until recently, so did a lot of other people. All that changed, says Cohan, because Goldman did what it does best and spotted an opportunity in the credit crisis that its rivals had missed. Unfortunately for everyone, that opportunity was to short the mortgage market — exacerbating the woes in the housing market that triggered a global meltdown.

According to Cohan, the idea came from John Paulson, the hedge fund manager. In 2006 Paulson was betting against the housing market and Goldman was making fees placing those bets. Goldman traders convinced senior management that Paulson was right and Goldman made what has become known as “the big short”.

All the while the bank was still selling mortgage-backed securities to investors — a move that soured relations with its clients and led to calls for prosecution in Washington, but allowed Goldman to pull through the financial crisis in better shape than its rivals.

As far as Goldman’s bankers are concerned, it’s a bet that never took place. Lloyd Blankfein, the company’s chief executive, “basically denies it all”, says Cohan, who describes Blankfein’s stance as “disingenuous”. He adds: “It’s a disingenuity born out of realpolitik. The political environment means that they would rather appear to be dumb and stupid than to have been smarter than everyone else.”

Now Blankfein is the banker we love to hate. Goldman Sachs is the villain of the financial crisis. Senator Carl Levin, who this month published a damning report into the crisis, wants the bank investigated by the justice department for selling financial products that its own bankers described as “shitty” and — he alleges — lying to the US Congress. “In my judgment,” Levin has said, “Goldman clearly misled their clients and they misled the Congress.”

Cohan says the bank will probably continue to make more money than anyone else, especially as so many of its rivals were killed off by the ­financial crisis. The bank’s reputation, however, is so tarnished with the public, who haven’t really mattered until recently, and with its clients and with Washington, which have always mattered, that it will take a very long time for it to repair the damage. —