It’s in your own interest to shape up, US tells China 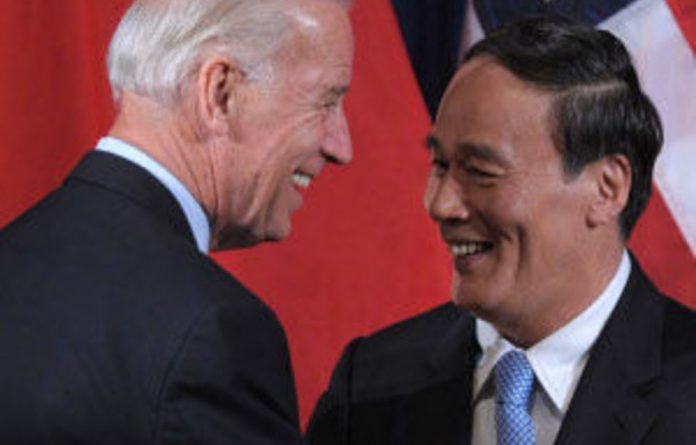 The United States told China on Monday that improvements in human rights and economic reforms would serve Beijing’s own interests and promised it was not seeking to contain the Asian power’s rise.

The United States said it was raising concerns about rights and the value of China’s currency during two days of wide-ranging talks. But the two sides largely struck a conciliatory tone, stressing the need for cooperation.

Launching the annual Strategic and Economic Dialogue, Vice President Joe Biden predicted that the US-China relationship would shape the 21st century and said: “A healthy competition, in our view, is good for both of us.”

“For many of the world’s pressing problems, it’s a simple fact that when the United States and China are not at the table, the solution to the problem is less possible,” Biden said.

US Secretary of State Hillary Clinton said that the United States and China “both have much more to gain from cooperation than from conflict”.

No threat
“Some in our country see China’s progress as a threat to the United States; some in China worry that America seeks to constrain China’s growth. We reject both those views,” she said.

But the talks come amid China’s biggest crackdown on dissent in years, with authorities — apparently spooked by democracy protests in the Middle East — detaining dozens of perceived critics including bloggers, artists and lawyers.

“We have vigorous disagreement in the area of human rights,” Biden said, with top Chinese leaders at his side. “No relationship that’s real can be built on a false foundation. Where we disagree, it’s important to state it.”

“Protecting fundamental rights and freedoms, such as those enshrined in China’s international commitments as well as in China’s own constitution, is the best way to promote long-term stability and prosperity of any society,” he said.

But State Councilor Dai Bingguo, one of two senior Chinese officials leading the talks, said that his country was making progress.

Dai encouraged more Americans to visit the growing Asian power to see “the friendship of the Chinese people”.

“You may also learn first-hand the enormous progress China has made in various fields, including in human rights, and get to know what the real China is,” he said.

Currency concerns
Tensions have subsided on some key disputes in recent months. China has let its yuan appreciate in response to inflation concerns, easing pressure from US lawmakers who accuse Beijing of undervaluing its currency for trade advantage.

But Treasury Secretary Timothy Geithner said that the value of the yuan remained the top priority for the US.

He encouraged China to move from an export-driven economy to one based on domestic consumption — an enticing prospect for US businesses eager to tap into an increasingly prosperous market of 1,3-billion people.

With US businesses complaining of excess regulations in China, Geithner also called on Beijing to provide “a more level playing field” and to open up its financial sector, which is dominated by old-fashioned bank accounts.

Chinese Vice Premier Wang Qishan said that his country was committed to opening up but urged the United States to “refrain from politicising” trade.

He called China’s efforts to address economic imbalances “a long process,” adding: “It’s not something we can do overnight.”

Export controls
He said China had made progress since last year’s dialogue, and called on Washington to move on China’s request to relax export controls on high-tech goods.

The talks come five months after Chinese President Hu Jintao paid a state visit to the United States in which he tried his hand at public diplomacy in hopes of changing his country’s negative image in some parts of Washington.

The Chinese side is taking a more low-key approach to the latest talks.

“The Chinese didn’t want to have any big dinners or speeches, probably because they’re holding their heads down over what is happening at home and they don’t want to get protesters,” said Douglas Paal, vice-president of studies at the Carnegie Endowment for International Peace.

However, Tibetans came out to protest at the talks venue, demanding that monks ensure the freedom of monks at the Kirti monastery in Sichuan province.

Activists say authorities recently sealed off the monastery after an anti-government protest and beat to death two Tibetans who tried to protect the monks. — AFP