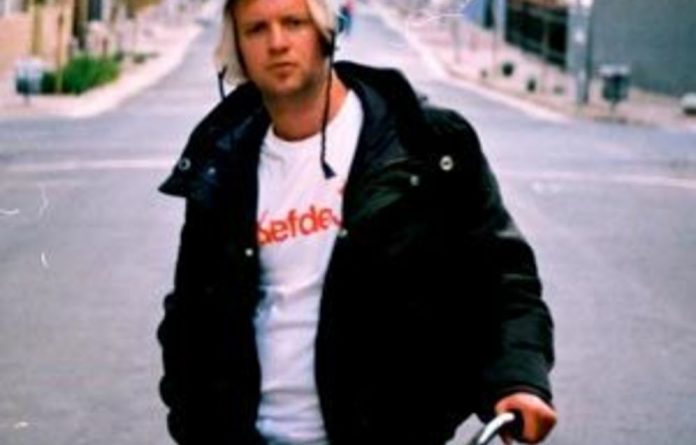 I work at night so I’m not always in on the “scene”.

I like reliable spaces in the city. On Thursday, Friday and Saturday nights I know Kitchener’s in Braamfontein will be various degrees of full. I have a personal attachment to the space: I went there when I was a student, before the cool kids got hold of it. I was quite proud when it was “discovered”. It’s the second-oldest bar in the city, dating back to 1906. It’s nice to have a revival as opposed to opening up another new bar in a new space, wasting money.

I’m venturing a little into the southern suburbs; I like the institutions that exist. There’s Parreirinha in La Rochelle, with its tie tradition [customers donate ties that hang in the dining area] and incredible food. I’m also fascinated by where it is — it proves that if there’s enough demand you can remain in a space and not be limited by location.

Gino’s is a great pizzeria. The same families go there every week; the staff literally watch children grow up.

There was a time when I’d cycle quite a lot through the city. The bikes at Main Street Life are broken now, but I want to get my own bike.

Walking is a little bit too slow and when you’re in a car you’re in a car. A bike is the best way to see a lot of Jo’burg. I’ve had interesting adventures on a bicycle, like stumbling across a drug raid in which there were ­military tanks and special ops guys outside a building, pulling people out. And in the next block there were families coming from church, children in their Sunday best.

I’ve got the most exceptional view from my flat; it changes depending on the season. It’s been misty at night, which creates a glow that spreads. I can see Ponte and it’s quite something to watch a giant red mushroom of light around it.

Engaged with the street
When you live in Main Street Life you’re very much part of the city. It’s amazing how residents have engaged with the street. One of them is a skateboarder in his spare time. I think he leaves his leftover boards in the hotel reception. Kids from Jeppe borrow the boards and spend hours going up and down the road. Street kids will naturally play in a place they feel is safe. It’s such an interesting sign: this street is safe.

I always imagined that living in Main Street Life I’d meet interesting people in the lift, on the roof. It’s happening exactly like that. I come back from band practice with my bass guitar and bump into someone carrying props from POPArt, the building’s performing art ­centre.

I also spend time in Marshalltown at Darkie Café and Vault. I have a friend who’s a banker and lives near there. He comes to Maboneng ­precinct, which is quite Williamsburg Brooklyn industrial.

When I visit him in Marshalltown it’s like the Upper East Side: bankers in cocktail bars.

I recently spent a weekend in Clarens. The pace is so different. We just made up our trip as we went along. You couldn’t do that in the city. You have to open up by 9am. Sometimes not having a plan brings a little balance to life.