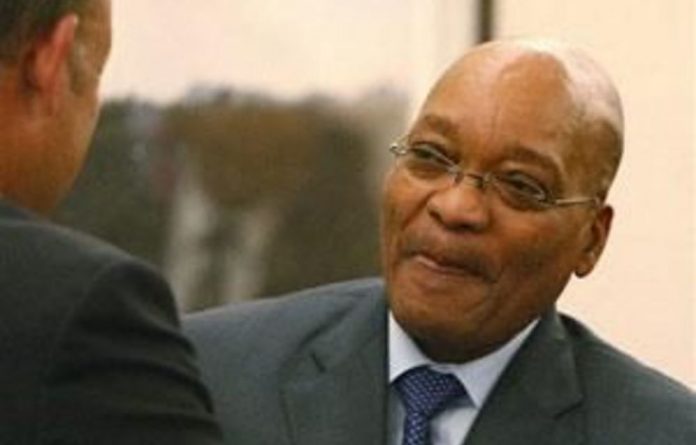 President Jacob Zuma began tweeting on Tuesday gathering over 600 followers within an hour of his first post.

“Democracy is flourishing in South Africa, thanks to the active participation of all citizens. It’s wonderful. Vote 18 May!” read his first tweet, posted from an iPhone, from the account @SAPresident.

His spokesperson Zizi Kodwa said: “Yes, it is the legitimate account for President Zuma.

“[He] decided to join the world of Twitter to better communicate his activities and reach a wider audience both young and old, domestic and abroad.”

The account was in his capacity as president of the country, said an aide Zanele Mngadi, who laughed when asked if someone had to teach the sexagenarian how to navigate the 140-character micro-blogging tool.

Mngadi said the intention was to communicate brief excerpts of speeches or highlight something, as the presidency was already doing on Facebook and so, not every update would come directly from the president.

“But, naturally, if he gets time at some point, he will do it.” she said.

He joins other South African politicians like the Democratic Alliance’s Helen Zille and Cape Town mayoral candidate Patricia de Lille, as well as United States president Barack Obama who have also made Twitter a part of their communication strategy. — Sapa