The twin pillars of further education 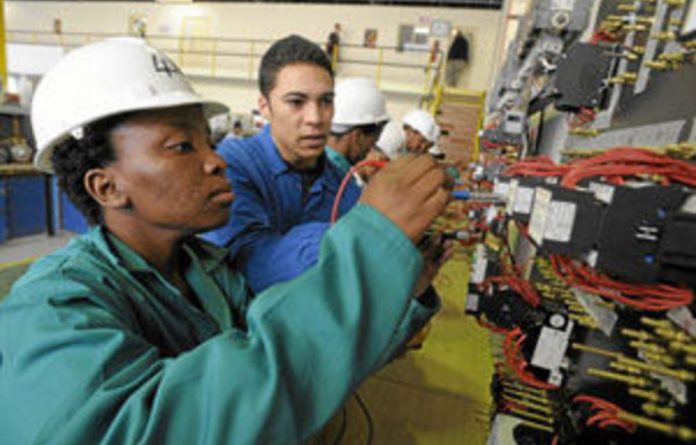 Too few people, adults and adolescents alike, are aware that what we know as matric has a vocationally focused counterpart.

There is one and it’s called the NC(V) — the national certificate (vocational). But its importance in the educational system has not been properly communicated to South Africans at large.

First, though, some background is necessary to explain where we are now and why. One of the reforms to the education system in the years after 1994 was the development of two major new qualifications for young South Africans. This was undertaken because, apart from the apprenticeship system, there was no general education for adolescent learners that had a vocational bias, as there is in many other countries.

The introduction of the national senior certificate (NSC) in 2006 and the NC(V) a year later flowed from new thinking about the needs of learners after the general education phase — that is, the first nine years of schooling.

The first “new matrics” qualified in 2008 and the first NC(V) exams were written in 2009. A close examination of the NC(V) and NSC qualifications highlights both their similarities and their differences. They were conceived as complementary qualifications.

Both have requirements such as the achievement of a language, mathematics or mathematical literacy, and life orientation. Both also require that a learner does four additional subjects.

The subjects available to NSC learners direct them into a general education with a more academic bias and the rules of subject combination for the NC(V) direct learners into a ­vocational field. Both qualifications were designed to allow learners the possibility of entry into higher education.

The NSC, however, would allow learners to access a variety of qualifications and areas of interest, while NC(V) learners would be more narrowly directed towards study in a field related to the vocational designation reflected on their certificate. Both qualifications share an explicit focus on preparing learners for entry into the world of work and for full participation in a democratic society.

This approach is intended to allow greater ease of access as well as more than one opportunity to leave the system with acknowledgement of a meaningful amount of learning achieved. Both models bring their own challenges to the education system and to the people who wish to study further.

The NSC, with its three-year structure and internal assessment requirements, makes it impossible for adults to access — it must be undertaken by three years of schooling. The NC(V), with its multiple entry and exit levels, should in theory be much easier for learners to access but how to enable this has not yet been properly explored.

A further challenge of the NC(V) is that the quality assurance for each of the exit-level qualifications needs to be addressed properly to ensure the ongoing credibility of each of these qualifications, so that their weight and meaning in industry and commerce become apparent.

The NC(V) qualifications are, like the NSC, primarily intended for learners in the 16 to 19 age group who have completed the nine years of compulsory schooling — although both qualifications are silent on age entry requirements. The NC(V) is intended to serve the needs of many more than half of all adolescent learners in the further education and training (FET) band.

In short, the NSC and NC(V) between them are designed to service the needs of all adolescent learners — they are qualifications for which quality assurance must be dealt with on a large scale and cost-effectively. Although the NC(V) is directed towards adolescent learners, its structure — that is, three one-year qualifications — is intended to allow it also to be offered to adults.

However, adults will probably require a very different delivery of the programme and they should probably not be in the same classes as adolescent learners. They will likely be better catered for in future by some of the other qualifications still to come from both Umalusi and the Quality Council on Trades and Occupations (QCTO).

So, why is the NSC far better known than the NC(V)? It’s merely because the NSC had its equally well-known predecessor, the senior certificate — both popularly called matric. But the NC(V) has not had a similar qualification from which to gain its recognition. If the qualification is to do its work in the system, it needs better advocacy to explain its role clearly to the general public.

The NC(V) will be the flagship qualification in FET colleges and so it is critical to the departments of education responsible for it and to industry. The qualification has a meaningful role to play alongside the occupational qualifications the QCTO is putting in place — they serve related but not identical roles in the system and the articulation between a given NC(V) programme and its vocational ­counterparts should be made easy.

Umalusi is evaluating certain NC(V) engineering curricula against the related subjects on the older curriculum, the national technical certificate. This research will provide some insight into their respective knowledge bases, indicate what the skills base for NC(V) candidates is and suggest when NC(V) learners are likely to be sufficiently skilled and knowledgeable to take the trade test.

Whether young adults choose a vocational field or decide on the academic NSC, both qualifications have important functions to play in creating good foundations for further learning.

Liz Burroughs is a senior manager in the qualifications, curriculum and certification unit at Umalusi, the council for quality assurance (www.umalusi.org.za). This is the fourth in a six-part series in the Mail & ­Guardian by arrangement with Umalusi, aimed at promoting greater awareness of its function

Umalusi’s vision for a post-school system

Creating a second (and third) chance