Dr Siri gets a reprieve 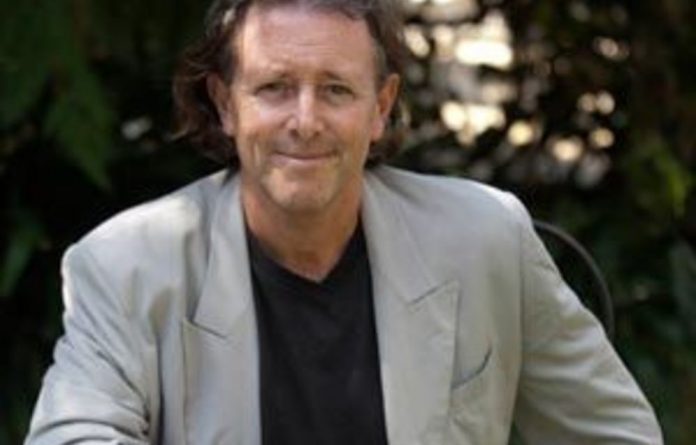 Colin Cotterill came close to committing murder a few years ago but at the moment critique he just couldn’t do it.

His most celebrated character, septuagenarian super-sleuth Dr Siri Paiboun, was languishing in a Khmer Rouge jail. Not even the power of the 1 000-year-old shaman, Yeh Ming, could save him. Cotterill’s pen was on the verge of dispatching the old ­revolutionary to the spirit world.

“But then there was the love of his wife, the love of his friend, Civilai. That’s when I said he can’t die — he’s got to come back. Too many people want him to come home,” says the London-born author.

Readers around the world breathed a sigh of relief when a sodden Siri emerged from the Mekong at the end of Love Songs from a ­Shallow Grave. So did Siri’s family and friends back in the People’s ­Democratic Republic of Laos.

Self-taught coroner Dr Siri has become a cult figure since he dissected his first kidney in The Coroner’s Lunch (2004). His creator knows who is really in control. “I don’t think I have any fans at all,” he says, joking. “They love only Siri. I’m just the character who opens his emails for him.”

General layabout
Cotterill arrived in Southeast Asia in the late 1980s — he worked for the United Nations in Laos (home of the seven Dr Siri novels), taught refugees on the Thai-Burma border and set up child-protection projects around Thailand. Since 2002, according to his offbeat website (which is well worth a visit), he has been a “general layabout — writing a lot and cartooning”.

In between he does a spot of cross-border book-trafficking to schools in Laos, where reading material is still scarce, and he supports teacher-training initiatives for students from hill-tribe communities.

His novels have sold a quarter of a million copies and have been translated into several languages, including Swedish and Japanese. But, surprisingly, they’re not that well known in South Africa. Cotterill hopes a visit will change that.

His appearance at this weekend’s Franschhoek Literary Festival coincides with the publication of Killed at the Whim of a Hat — the first in a new series of detective novels featuring Thailand’s ace female crime reporter, Jimm Juree, and a bunch of zany relatives who, in Cotterill’s words, “make the Addams family look like Alexander McCall Smith characters”. Indeed.

We meet at a chintzy Houghton guesthouse. It is a long way from the fishing village on the Gulf of Siam where Cotterill now lives and works. He has just got off the plane and is feeling jet-lagged. But his voice — a bit husky — is animated, his delivery rapid. You feel he probably sketches his cartoons with that same jerky energy. His accent is London, with a touch of Australia. There’s a lilt of Thai in his intonation.

Fascination with the spirit world
He is clear about where he belongs, though.
“When I go back to England I’m so alien. There’s a lot of aggression there that just doesn’t exist in Thailand or Laos. I think there was a mix-up at the hospital when I was born. Some Asian mother and father picked up the wrong kid.”

That might explain Cotterill’s fascination with the spirit world and the ease with which he describes it in his novels. He points out that shamanism is regarded in Southeast Asia as a science and part of culture — so “you have to write about it as a social phenomenon”.

Has he ever communed with the spirits himself? “I would love to.”

He smiles and says again: “I would love to.” Cotterill tells the story of a house where he once lived in southern Laos. He shared it with the former owner — who had died 200 years before.
“Everybody in the village knew this guy. They knew his name. They said good morning to him. They left offerings for him in front of my house. I was the only person who didn’t see or communicate with the guy. You’ve either got it, or you haven’t. I obviously haven’t. I believe wholeheartedly that these people communicated with my ghost. They’d say, ‘Doesn’t he make a lot of noise at night? He’s always walking around’. I’d go, ‘I wish’. I just want one experience before I die.”

Maybe, I suggest, he does invoke the spirits when he writes. Yeah, maybe. It certainly sounds that way when he describes the “staff meetings” that herald the start of each new Dr Siri novel.

“It used to be me at the head of the table talking to the characters: ‘Right, I want you lot to get into some situation in Thailand.’ Now they don’t even ask my opinion. The characters sit around and talk to one another and say, ‘Colin, this is what we want you to write’.”

Back to the crossroads
Cotterill’s approach to writing has never been conventional. He spends about three months researching and interviewing for each book. Then he hides himself away from the rest of the world — even his beloved, anarchic-sounding dogs — to discover the story. He doesn’t believe in mind maps or intricate plot plans.

“I don’t want to know how it ends. I write like a reader reads. It sends me in the wrong direction so many times and I have to go back to the crossroads and choose a different direction. But I enjoy writing only because of the mystery.”

Perhaps that’s why he decided to take a break from Dr Siri for a while — the world of 1970s Laos was becoming a little too familiar, too “comfortable”. He wondered whether he would always remain a “one-character, one-series writer”.

Enter Jimm Juree — southern Thailand’s answer to VI Warshawski, with a hint of Bill Bryson. Jimm is a fast-talking Chiang Mai journalist “just one seat away from the senior crime reporter’s leather chair”. But her loopy mother, Mair, who has a tendency to smile enigmatically in moments of crisis, has other ideas. She announces that she has sold the family business and they are all moving down to Pak Nam on the Gulf of Siam for a bit of peace and quiet. “All” includes Granddad Jah, a retired traffic cop with a Kiplingesque sense of duty, and younger brother Arny, a scary-looking body-builder with a weepy disposition. Jimm’s other brother — sorry, transvestite sister — Sissi decides to stay behind in Chiang Mai, where she prowls cyberspace in search of scam opportunities. Lucky for Jimm that she does, because this time the ­murderer is a citizen of the Global Village.

Put like that it all sounds rather mad. And it is. It’s also weirdly authentic. This time Cotterill has set the action in his own backyard. Like Jimm, he lives in Pak Nam and all his characters are based on real people — albeit composites. But Ed the grass man actually exists. So does Captain Kow — and Cotterill hasn’t even changed their names. The “place where nothing happens” turns out to have a dark underbelly — in reality as well as in fiction.

Jimm’s mother may feel that “change is as good as a holiday” but it’s a risky move — not just for her family but also for a writer with a cult hero. Lest we forget: there is now a Dr Siri Walking Tour of Vientiane. How could Jimm compete?

Puncturing stereotypes
At first it looked as if she wouldn’t. Two of Cotterill’s trusty “12 editors” (human ones) — the friends and advisers to whom he sends all his drafts — weren’t charmed. And Amazon UK posted a few negative comments, one from an outraged Siri disciple. “I was really depressed,” Cotterill admits. “I was kind of expecting it but not quite so cruelly. It’s just a story.”

Then the tide turned. Journals such as Publishers Weekly acclaimed the novel for its wacky humour and its ability to puncture stereotypes. Suddenly the new series had a life of its own: “It wasn’t just an offshoot of Dr Siri. If it has a different audience, that’s great. I have to just accept that some Siri readers are not going to want to switch over,” he says.

So, are Jimm and Ed the grass man going to get it together? Will Sissi be persuaded to leave her Chiang Mai condo — and the joys of transvestite cyber dating — for the squid-boat lights of Pak Nam?

We will have to wait a while to find out. Cotterill has been too busy to claim the three-week space he needs to finish Jimm Two, which he promises will deal with “slavery on the high seas”, inspired by real-life horror stories of kidnapped Burmese migrants.

Meanwhile, devotees of Dr Siri will be happy to know that the green-eyed coroner will soon return to solve his eighth mystery. In Slash and Burn (available in South Africa in September) Siri will head off to the mountains for a bit of post-Khmer Rouge relaxation.

You can be sure he won’t get it.