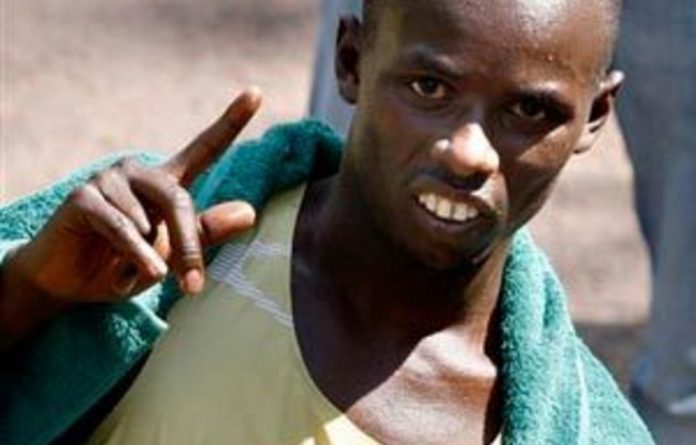 Kenyan Olympic marathon champion Sammy Wanjiru committed suicide by jumping from a balcony shortly after a domestic dispute involving his wife and another woman, police said Monday. He was 24.

Wanjiru died late Sunday after jumping from a balcony at his home in the town of Nyahururu, in the Rift Valley, said John Mbijiwe, the police chief in Kenya’s Central Province.

“The fact of the matter is that Wanjiru committed suicide,” said national police spokesperson Eric Kiraithe.

Wanjiru’s 11pm suicide jump came shortly after an argument with his wife, said a police official who was not authorised to release the information and asked for anonymity.

Wanjiru, who had been drinking, was with another woman in his home and was discovered by his wife, the official said.

In the 2008 Beijing Olympics, Wanjiru became the first Kenyan to win a gold medal in the marathon, finishing in an Olympic record time of two hours, six minutes, 32 seconds.

Wanjiru had a history of domestic problems. Last December, he was charged with wounding his security guard with a rifle and threatening to kill his wife and maid. The runner denied all charges and was released on bail.

Wanjiru made an early start to his career, moving to Japan aged 15 where he attended school in Sendai — a city hard hit by this year’s tsunami — where he won some major cross country events while also competing in track competitions.

Moving to Europe to advance his promising career, Wanjiru won the Rotterdam Half Marathon in 2005 in a world record time.

He twice improved on that record before stepping up to the full marathon in 2007, back in Japan, winning the Fukuoka Marathon.

The following year he finished second in the prestigious London marathon, and then claimed the biggest prize of his career by taking Olympic gold in Beijing.

Wanjiru became the youngest runner to win four major marathons. In addition to the Olympics, he won in London in 2009 and in Chicago in 2009 and 2010, in the process running the fastest ever time recorded in a marathon in the United States.

Marathon great Haile Gebrselassie, a two-time Olympic champion and world record holder, said on his Twitter feed that he was “totally shocked” by the news.

“My thoughts are with his family and all his friends and colleagues,” Gebrselassie said.

“Of course one wonders if we as an athletics family could have avoided this tragedy.”