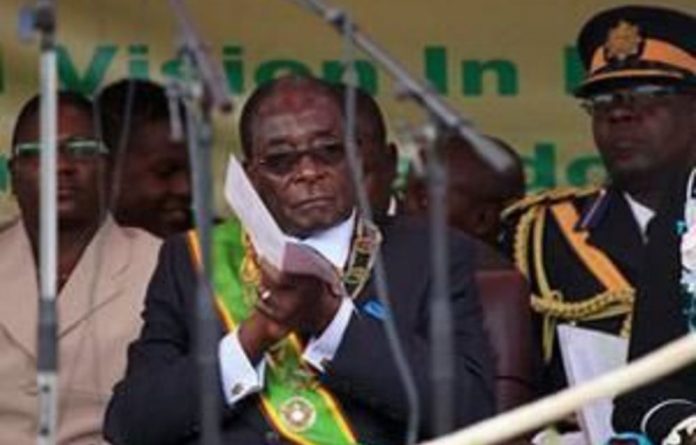 There was an “evidentional void” in the Presidency’s argument that it could not release a report on the 2002 Zimbabwe presidential elections, a lawyer for the Mail & Guardian told the Constitutional Court on Tuesday.

“[There] is an attempt to paper over the evidential void, and it is simply not enough,” said Jeremy Gauntlett SC, on behalf of the newspaper.

“Our case is unequivocally that the appellants are not over the hump of establishing any basis,” he said.

Gauntlett said it appeared that the affidavits filed by the Presidency were “crafted to work back to the case” to provide justification for refusing to release the report.

‘Information supplied in confidence’
Earlier on Tuesday, the Presidency tried to convince the Constitutional Court that it should not be compelled to make the report public.

“The disclosure of the record would reveal information supplied in confidence by or on behalf of another state,” said Marumo Moerane, representing the president.

He argued the report was “essentially … obtained or prepared for the purpose of assisting to formulate policy”.

Moerane rejected the possibility of releasing part of the report, saying it would be impractical.

He said the Presidency was not obliged to release the report because the two judges who compiled it were special envoys whose function was to inform then-president Thabo Mbeki about constitutional and legal challenges in Zimbabwe.

However, Gauntlett said: “They went as judges, they are judges. They could never stop for a moment to be judges.”

The M&G has won attempts in the high court and Supreme Court of Appeal to have the report made public under the Promotion of Access to Information Act.

Public interest
The newspaper requested the report in June 2008, but the president refused to release it on the grounds that it would reveal information supplied by Zimbabwean government officials in confidence.

The M&G argued that the release of the report was in the public interest because it would throw light on whether Zimbabwe President Robert Mugabe legitimately remained in office after the elections.

Both the North Gauteng High Court in Pretoria and the Supreme Court of Appeal agreed with the newspaper.

The Presidency then turned to the Constitutional Court in an attempt to keep the report secret.

The judges who compiled the document, Sisi Khampepe and Dikgang Moseneke, are both Constitutional Court judges. They recused themselves from Tuesday’s hearing.

For more on the M&G‘s bid to force the president to release the 2002 Zimbabwe election report click here: