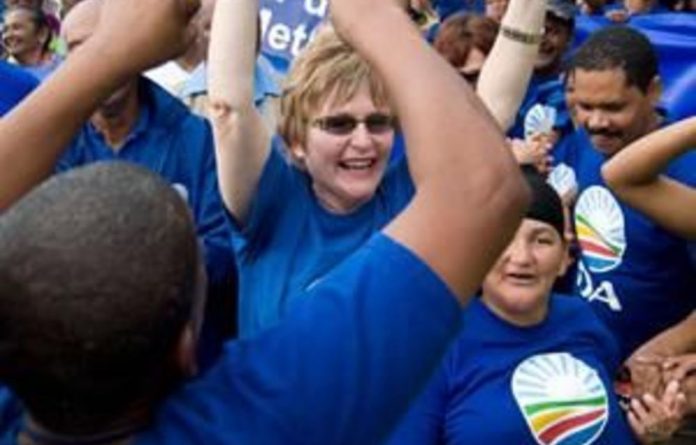 Despite the Democratic Alliance (DA) seeing its best performance yet across the country, holding on to the Western Cape and Midvaal with ease, it has not been able to wrest Port Elizabeth or Tshwane from the African National Congress (ANC).

Overall, early local government election results showed the opposition DA may be set for its best performance yet across the country, but the ruling ANC support seemed stable, retaining power in Tshwane and the hotly contested Nelson Mandela Bay metro, where it took 51,5% of the votes with only a handful of ballots still to be counted.

Join us for a walkabout at the Independent Electoral Commission centre in Pretoria as political party representatives, officials and members of the media await the local government election results.

The DA and Cope had hoped to unseat the ANC in the metro by forming a coalition, with DA leader Helen Zille visiting the metro five times during her campaign, to drum up voter interest and support.

There are a total of 61 municipalities in KwaZulu-Natal.

The three-month-old breakaway National Freedom Party surprised many, and by midday had secured 2,47% of the vote nationally, compared with the IFP’s 3,77%.

“We didn’t expect this at all. This party is still at infancy,” said NFP party convenor Evans Sosibo. “We are very happy because this sets a solid foundation for us in the 2014 election.”

National results
By noon, with 63% of the votes finalised nationally, the ANC stood at 63,36%, while the DA was on 22,67%, following South Africa’s fourth post-apartheid local government elections on Wednesday.

“If I can get this result from dancing, I will do it again for the next election,” she added, referring to criticism by her political rivals of her dancing moves during electioneering.

Midvaal
Her party remained in control in Midvaal, south of Johannesburg, the only Gauteng municipality led by the DA.

By 1pm the DA had garnered 60,71% of the Midvaal votes and the ANC, which had vigorously campaigned in the largely rural area to win the municipality back, got 37,17%.

“The ANC must work harder, we are not doing well in the minority areas,” Mantashe said at the IEC results centre in Pretoria.

“We are sorry we didn’t take it [Midvaal] … we really wanted it.”

He said the ANC needed to “invest more time” in areas such as Eldorado Park, southern Johannesburg, which had “shifted” its vote.

Gauteng’s voter turnout seemed low, with only 1,3-million of the registered 5.5-million people casting their votes.

Nationally, the IEC said on Wednesday it hoped for a 40% turnout, compared with 48% in the last two elections.

Johannesburg
The DA was slightly ahead of the ANC in Johannesburg with 49,96% of the votes, compared with the ANC’s 43,93%, according to results out by 1,30pm on Thursday.

The IFP so far received the third highest number of votes in Johannesburg: 5 334 or 1,58%.

The City of Johannesburg, the country’s richest metro, recently came under fire over billing issues. Outgoing mayor Amos Masondo was criticised after he said the overbilling of hundreds of residents did not amount to a crisis.

Cape Town
In the hotly contested Cape Town, it was too early for the DA to claim a landslide victory, Mantashe said. According to initial results the ANC had improved its support in the Western Cape, in areas such as Mitchells Plain.

Tshwane
The ruling party also seemed to be keeping its grip on Tshwane, another area where some believed the DA could give it a run for its money.

By midday, the ANC in Tshwane was standing on 59,59% and the DA on 34,31%, after more than a million people voted in the municipal area. The African Christian Democratic Party was in third place in Tshwane.

Cope, which was marred by infighting in the run-up to elections, was standing on 2,71% nationally.

Perhaps the biggest loser was the Dagga Party, which managed to secure 200 votes, but that translates into 0% of the national vote. — Sapa