Falling out of love with Barcelona 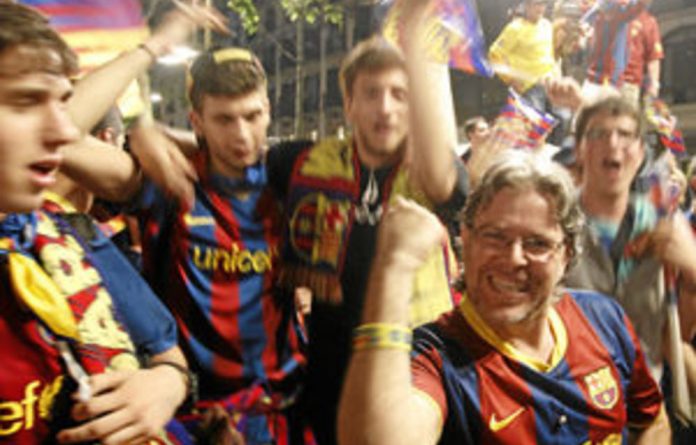 Long before Barcelona Football Club were the sole holders of the trademark, “World’s Best Football Team”, I was a fan of the ethos of the team. No doubt some of the love came from exposure to childhood hero George Orwell who fought in the Spanish Civil War, a period he immortalised in his book, Homage to Catalonia.

Oleguer Presas, the former right back, embodied the team’s republican origins. Presas, a civil rights campaigner and an economics graduate, wrote about literacy and the eventual statehood of Catalonia. He even penned a book called Camí d’Itaca (The Road to Ithaca).

In an interview with the Guardian, he spoke about everything from the war in Iraq and Catalonian statehood to General Francisco Franco. “For me, Barcelona is genuinely special. It is the invocation of a country, representing Catalan identity and culture. Barça was a conduit for a feeling when people could not express themselves and for me it’s a dream to be here at such a successful time,” he said then.
In Presas the club Barcelona’s motto, “Més que un club” (More than a club), found its fullest expression.

Spain in the 1930s was perhaps more complicated than the portrayal by the Catalan activist but after the war Franco indeed continued his war by other means, leaving Barcelona underdeveloped. But shoring up Presas’s argument is the fact that the generalissimo fancied Real Madrid. In the years of Spain’s isolation Madrid was perhaps the country’s most important ambassador. Then there is Alfredo di Stefano, the Argentinian midfield dynamo, who probably would have played for Barcelona had Franco not intervened on Madrid’s behalf.

It is not only their distant history that has a revolutionary allure, their immediate past is compelling. The club has a certain attraction for people who want more from their football. For years Barcelona didn’t have a shirt sponsor when every other football team had sold their shirt fronts to the corporations (for instance, last year Liverpool signed a shirt sponsorship deal with Standard Chartered Bank worth £80-million).

When Barcelona eventually put Unicef on their shirt fronts, the children’s agency got £5-million a year from the club. But we all knew this purity would soon be sullied, that before long they would succumb to the dictates of the market place. But Barcelona being Barcelona, they weren’t going to hawk it to an electronics equipment manufacturer or bank. This had to be done with a bit of panache and with sideways gestures at the team’s great history and traditions. The petroleum rich “charity”, the Qatar Foundation, will pay £125-million spread over five years for the privilege.

Then there’s the football. At its best (when they are not doing those annoying, meaningless sideways passes) their brand of football is a wonder — the tippy-tappy passing, the impossible geometries and clever manipulation of space. This team espouse the total football invented by the Dutch and imported to Barcelona when Johan Cruyff coached them in the 1990s. It’s football for the thinking fan.

Lionel Messi, Barcelona’s little Argentinian, is one of the greatest players ever to play the game. Variously described as a PlayStation footballer and the messiah, Messi typifies the best of the street footballer – spontaneous flicks, endless improvisation and playing the game with a smile. As the cliché goes, he caresses a football like it’s his girlfriend. In an era in which anti-footballists have an offbeat charm (yes, I am looking at you, José Mourinho), the Barcelona project is any football fan’s dream.

I won’t say much about the fact that Barcelona is owned by the team’s fans and not some billionaire from Russia, the United States or the Middle East. It is difficult, even for a fan like me, not to be disgusted with the ease with which the team’s players go down under the lightest of challenges. The biggest thespians are Sergio Busquets and Daniel Alves — the slightest of contact and Alves is rolling on the turf as if he has just had something amputated. What’s infuriating is how referees are predisposed to give Barcelona’s players the benefit of the doubt and award decisions that favour Barcelona. Always.

Look back to the Champions League second-round match pitting Arsenal against Barcelona earlier this year. Analysts have noted how the game had a few turning points, one being the attempted backpass by Arsenal’s captain, Cesc Fàbregas, which Barcelona capitalised on to score a goal and another the laughable second yellow card given to Robin van Persie. Van Persie kicked the ball after the referee had blown the whistle for an offside. In an orchestral stadium which houses 80 000 chanting fans, it’s not inconceivable that Van Persie hadn’t actually heard the whistle. The first yellow was for a melee involving, yes, you guessed it, Alves. Only Van Persie was shown a card.

And then a few weeks ago there was a red card decision, considered by many as harsh, against Pepe in the Champions League semifinal against Real Madrid. Yes, Alves again played a starring role in getting Pepe sent off.

I won’t dwell much on the fact that in that same match Busquets, hand cupped so that cameras wouldn’t catch him, called Madrid’s black Brazilian wingback Marcelo a “mono” (monkey), an instance of racism that wasn’t sanctioned by the suits at Uefa. I wonder if this is the kind of behaviour — racism, cheating — the bureaucrats at Unicef consider appropriate for children.

But all of this is child’s play when one considers how Barcelona has teamed up with Madrid in making sure that the La Liga title is virtually rotated between the two of them. A new television deal means that Madrid and Barcelona will share 35% of the television revenues, Valencia and Atlético Madrid will get 11% and the 16 other teams will share 45%.

Of course, it’s an oligopoly and if the two were proper companies they would be charged with anti-competitive behaviour. Writing about the decision, the Guardian‘s excellent football correspondent, Sid Lowe, said that the deal had enshrined inequality. “They [the rest of the teams] had agreed, if a little reluctantly, to the status quo. They had laid bare their aspirations: to play in the league, but not to play for the league. Ever again.”

It’s difficult just to savour Barcelona’s football and ignore all of this. I have a few vintage Barcelona shirts and, soon enough, I might not be able to wear any of them.

Robert Mugabe was once a fervent pan-Africanist, but he failed to act like one after he came to power
Read more
Sport

Messi has shown many facets during his spell-binding career but in Barcelona's win over Liverpool on Wednesday, the dominant one was of a leader
Read more
Sport