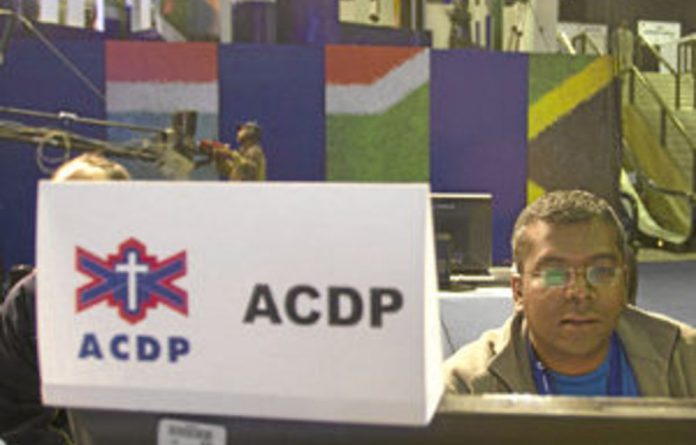 The Congress of the People put a brave face on its poor showing in the municipal election, insisting that the future belongs to South Africa’s small parties.

With the notable exception of Zanele Magwaza-Msibi’s National Freedom Party in KwaZulu-Natal, none of the small parties made much headway, confirming South Africa’s move towards a two-party system.

By midday on Thursday, with 63% of the vote counted, Cope had 2.6% of the vote and 92 seats. A total of 10 000 council seats is being contested. Lyndall Shope-Mafole, Cope’s acting deputy general secretary remained defiant, saying that “soon no one will be referring to us as a small party”.

She said: “The smaller parties and coalition governments are the future of democracy. They need to keep the big parties in check. Look at Europe, where there is still lots of space for smaller parties. Our country is diverse. I don’t believe we’ll ever have a two-party system.”

Voice of the minority

As results of the local government elections streamed in it became increasingly obvious that this election was becoming a war between the African National Congress and the Democratic Alliance. The Mail & Guardian asked smaller parties what they thought about the possibility of coalitions and if they thought South Africa was becoming a two-party state.

Thandi Nontenja, national treasurer of the United Democratic Movement (UDM), blamed the media for focusing on the Democratic Alliance and the ANC. “They didn’t do us justice,” she said. “Especially the SABC. They made this election a battle between the ANC and the DA. They showed the ANC’s closing rally live, while other small parties got shoved in a corner.”

The UDM’s performance has improved marginally: by midday on Thursday it had won 13 seats and 0.7% of the vote, compared with no seats at all in 2006. By midday the Freedom Front Plus had won 0.5% of the vote and nine seats, prompting spokesperson Jaco Mulder to say that his party had “expected to do better”.

“We haven’t got the DA’s resources,” Mulder said. “Small parties definitely got hurt and it’ll be a pity if we’re left with a two-party state. We have a diverse people that can’t be accommodated by two parties.” Nontenja said the UDM had tried to encourage the small parties to unite because “the voters seem to want fewer but stronger opposition parties. We hoped that by this time we would be fighting the ANC under one umbrella.”

The Pan Africanist Congress had 12 seats and 0.5% of the vote by noon and its national elections coordinator, Apa Pooe, said that if the party won the balance of power in a council it would join forces with non-ANC parties.

“The ruling party is arrogant and has a history of not delivering services,” he said. “There’s a need for the realignment of political parties.” The African Christian Democratic Party (ACDP), which had four seats and 0.6% of the vote by midday, hoped to double its representation.

“I get angry with the way the DA does elections,” said ACDP MP Jo-Ann Downs. “Its idea of a two-party system is an absolute disaster. You’ll have people who aren’t ­represented, who feel they don’t have a voice.

“We’ve been frozen out financially. We do a lot of work with the rural poor, but they can’t contribute funding. Some small parties are never going to recover.”

The lockdown has interrupted public consultations on ward demarcations, while 37 by-elections around the country are on hold
Read more
Opinion

ANC in Gauteng: For whom does the electorate toll?

With two years before the next local government election and an ANC in Gauteng already on notice, the stakes have never been higher.
Read more
Politics

ANC says it will retain KZN