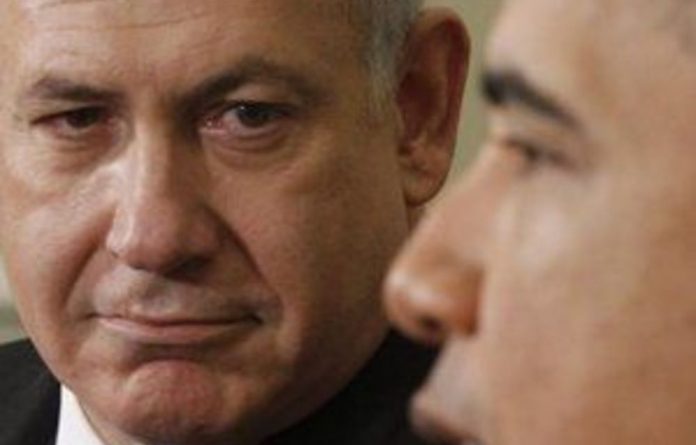 Palestinians will seek recognition as a United Nations member-state in September given the deadlock in US-brokered peacemaking with Israel, a senior Palestinian official said on Saturday.

Nabil Shaath urged President Barack Obama, who on Thursday criticised the planned move at the UN General Assembly, to join other countries in endorsing a Palestinian state taking in the Israeli-occupied West Bank and East Jerusalem.

Another Palestinian official, Nabil Abu Rdainah, said the drive to win statehood status unilaterally could be forestalled should Israel accept the demand to extend a freeze on its settlement on occupied land so that negotiations can resume.

But no such rapprochement looked imminent after Israeli Prime Minister Benjamin Netanyahu, hosted in Washington on Friday, sparred with Obama over a new US call for the future Palestinian state to have a border approximating the West Bank’s boundary before Israel captured it in the 1967 war.

“Of course we will go to the United Nations,” Shaath, an aide to Palestinian President Mahmoud Abbas, told Reuters.

“Especially after Netanyahu used the old pretext that he needs ‘defensible borders’ to keep stealing our land, control the Jordan Valley and create demographic facts on the ground.” Diplomats expect majority support for the Palestinians in the UN General Assembly.

But the statehood vote would have first to be approved in the Security Council, where the United States — which insists on a negotiated peace accord — has a veto.

‘Symbolic actions’
“We urge President Obama to recognise the Palestinian state on the 1967 borders,” Shaath said. “We are going to the United Nations in September, using all non-violent means.”

In February, the United States struck down a Security Council motion that would have branded the West Bank settlements as illegal. Analysts, noting that the 14 other council members voted in favour, said the Palestinians appeared to be signalling that Washington was out of step with an international consensus.

Obama questioned the viability of a power-share deal forged last month between Abbas’s Fatah faction and the armed, rival Hamas Islamists who control Gaza and spurn the Jewish state.

But the Palestinians, who have long complained of Israeli unilateralism, were buoyed by Obama’s vision of borders “based on the 1967 lines with mutually agreed swaps”.

Israel disputes the Palestinian claim on all of the territory, which was previously held by Jordan and is now peppered with Jewish settlements. Gaza, the other half of the Palestinian polity, was evacuated by the Israelis in 2005.

“Our position is to give an opportunity, until September, for going back to the negotiating table based on a halt to settlement activity,” he said. “It would be our first choice.” – Reuters