‘What the world needs now… is free broadband for all’ 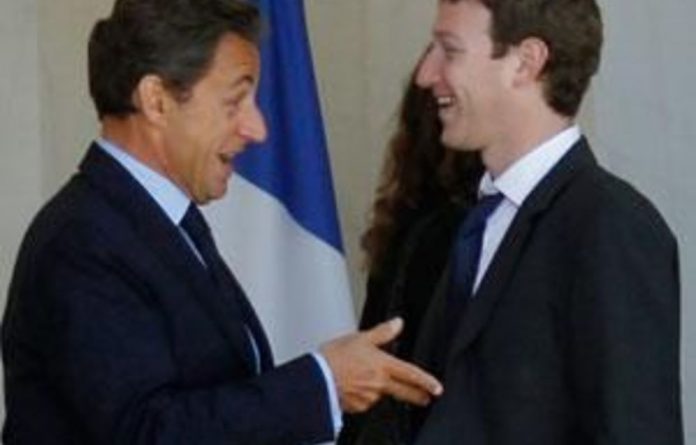 Some of the world’s biggest online names, including Facebook founder Mark Zuckerberg, attended the “e-G8” summit in Paris convened by France’s President Nicolas Sarkozy, to discuss issues within their spheres and make recommendations to the G8 summit of world leaders in Deauville on Thursday.

“This has been almost unanimous: We should provide free, open access to the Internet to everyone on Earth,” said Maurice Levy of the Publicis advertising group, who hosted Wednesday’s e-G8 meeting in Paris.

“Yes, we should protect intellectual property; no, we shouldn’t create a situation by which Internet cannot grow and cannot develop,” Levy said, warning that failure to provide high-speed Internet could “create a collapse of the system”.

“There is a serious need to invest heavily in high-speed ADSL and other high speed systems,” Levy said, adding that the summit of Internet leaders would become an annual event.

Cutting remarks
Google boss Eric Schmidt slammed regimes such as in Iran and Syria for cutting Internet access in the face of pro-democracy protests, describing it as a “terrible mistake”.

Zuckerberg said: “I’m happy to play any role they ask me to play… the Internet is really a powerful force giving people a voice.”

The Internet entrepreneurs later joined G8 leaders at a roundtable session, where Zuckerberg appeared to be the star attraction and the film about his rise to wealth, The Social Network, a hot top of conversation.

German Chancellor Angela Merkel could be heard saying, “I saw it and I liked,” as she entered the room with Sarkozy and Zuckerberg.

“Did you see it? Did you like it?” she asked Sarkozy, who appeared to nod.

“And did you see it?” she asked Zuckerberg.

“I didn’t like it,” he said, with a smile, of the film that portrays him as an awkward student who betrays his friends to launch what is now social networking behemoth Facebook.

Fax Americana
White House aides asked before the meeting started for a pair of fax machines, which appeared antiquated at a meeting about the future of the Internet, to be moved from where they were behind Obama’s seat.

The fax machines, which would have appeared behind Obama in photographs, were put on the floor.

A draft G8 final declaration seen by AFP calls for governments to take a role in “creating an environment in which the Internet can flourish in a balanced manner”.

The proposed final statement says the private sector must remain the driving force behind the online economy and emphasises the need for openness, transparency and free expression.

But, in line with Sarkozy’s drive for rules for a “civilised Internet” it also calls for the “respect for the rule of law, human rights, fundamental freedoms and the protection of intellectual property”.

Some G8 countries such as the United States are wary of international regulation of such a vibrant sector, and many web-users attacked Sarkozy’s initiative, suspecting a covert bid to censor or control the freewheeling web. — AFP