Getting Beezy with Mandela 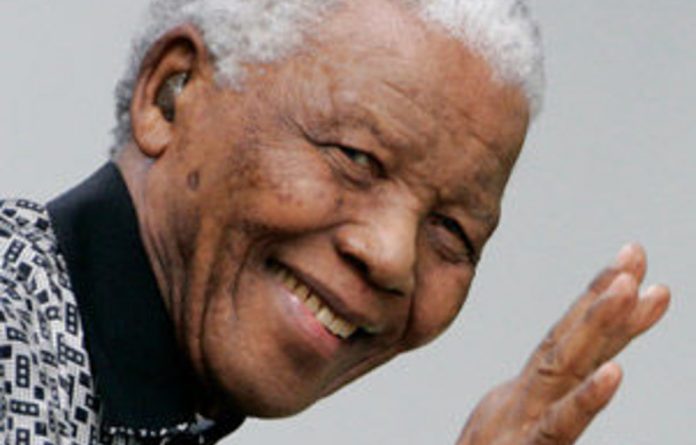 The artist Beezy Bailey is perhaps best known for having staged a hoax in the local art world, one in which he entered the Cape Triennale as Beezy Bailey and also as an unknown artist called Joyce Ntobe. Ultimately, Ntobe’s work was accepted but not Bailey’s. His rationale was to expose the ­pitfalls of affirmative action.

Whatever one might feel about the merits of his strategy, what it does indicate, at the very least, is that the artist was willing to lend a critical voice to the events of the day.

Other previous work by Bailey, though not quite to my taste, has often been visually intriguing. It is for these reasons that I find the work of Bailey currently showing at the Everard Read Gallery in Johannesburg disappointing. The exhibition, Icon — Iconoclast, is an unbridled veneration of Madiba that doesn’t offer the viewer anything but what lies on the surface. And what’s on the surface is Madiba turned saint.

I am intrigued by the title. The term iconoclast is associated with the breaking of icons, sometimes of the previous ruler during times of regime change. In another sense it is someone who defies convention and norms. Looking at Madiba’s life and political career there is no doubt that such a claim is appropriate. Indeed, Madiba was central to the dismantling of apartheid, he defied a common practice of the victors to denigrate the vanquished and he chose to serve one term in office rather than to follow the example of other post-independence leaders.

Perhaps the artist is also suggesting that the stature of Madiba is such that it makes the achievements of other liberation icons pale into insignificance. After all, in Dean Simon’s rendition of Da Vinci’s The Last Supper, it is Madiba who takes the place of Jesus and other greats such as Martin Luther King Jr and Gandhi are his disciples. Bailey’s show is also replete with religious iconography.

Apart from works such as Mandela: The Apple Tree and Prophets Old and New, there is also the work Blue Grass, in which Madiba, like Jesus, ascends into the heavens.

Bailey states that the work is not just a homage to Madiba but also one to Andy Warhol. Of course, it was Pop artists who elevated popular culture, including commodities and industrial reproduction techniques such as silkscreening, to high art. In so doing they were in some ways also acknowledging the fact that in the post-war United States consumer culture and products had become the new religion — and, let’s face it, Madiba has become a commodity and a brand.

Celestial light
It comes as no surprise that many artists would like to cash in on Madiba magic. Items for profit range from gold coins to crafts, household objects of all kinds, T-shirts and curios, as well as more “classical” forms of art. One such attempt is the monstrosity that dominates that temple of unbridled consumption: Sandton’s Nelson Mandela Square. It was Simon who deified Madiba in his rendition of The Last Supper. More recently, it was Yiull Damaso who pre-empted Madiba’s death with his controversial painting, The Night Watch, showing a dead Madiba undergoing an autopsy. And now we have Bailey.

It’s doubtful Madiba would approve of having this celestial light cast on him but it has to be said that there is a certain tendency within white cultural discourse, and in the popular imagination there, to see Madiba’s legacy not as a product of a collective but as the achievement of one infallible individual. It must be said that to acknowledge that Madiba was part of a movement does not in any way diminish his greatness and his achievements.

Some months ago the Mail & Guardian carried a cartoon by Zapiro showing the evolution of mankind, starting with apes, from Verwoerd to De Klerk (who was only slightly upright) and then on to Madiba, who was depicted as the ideal human being. The cartoon depiction moved on to Mbeki, beginning a descent back to an apelike state, and ended, of course, with Zuma.

Without going into a diatribe about this particular cartoon here, there seems to be a deliberate attempt to gloss over the contradictions that Madiba’s life and the history our country offer.

Messy identity
Setting Madiba apart in this way, it is possible for liberals and conservatives to say that everything in the country is a mess — everything except Madiba. His name and legacy become easy to appropriate. Today, it seems, it is more difficult to think of Madiba as both a product and an architect of the ANC as we know it, which is also a messy entity.

I do not intend to question Bailey’s motives or to suggest that it is wrong to empathise with the poor, but it’s another thing for a white man to assume the identity of a black woman. I Am an HIV Treatment Supporter is a work that depicts Mandela coming out of a shack wearing an HIV-positive T-shirt. The label on this work states that the work was produced by Beezy Bailey and Joyce Ntobe. Ntobe, of course, is the artist’s alter ego.

Bailey also appears as a black woman in a series of photo­graphs done in collaboration with Zwelethu Mthethwa in 2006.

Criticism of this kind of appropriation was already done by Olu Oguibe and Okwui Enwezor as early as 1997 so there is no need to rehash those arguments here. Suffice it to say that, unless identification with the poor and the “underprivileged” is done with the purpose of advancing economic and social justice then such a strategy masks the opportunism of privilege, perhaps even crassness and ­insensitivity.

Pitiful sentimentality
Whether Bailey in this instance is an idealist or an opportunist, or both, is for the majority to judge. What is abundantly clear is that there is no attempt on the part of Bailey to complicate the icon that is Madiba. At times the paintings descend to pitiful sentimentality. Rainbow Notion is one such painting, in which seven figures of Madiba appear in gaudy rainbow colours in a barren landscape under cloudy skies.

South Africa is most useful as a symbol rather than as a complex, unpredictable entity. It has become emptied of its contradictions and avails itself to idealists and opportunists alike to pin their hopes on it uncritically.

In a talk last year Professor Achille Mbembe said South Africa was Africa’s last hope. I don’t think Mbembe is either an idealist or an opportunist but the well of South African exceptionalism is as deep as it is toxic.

Art is a matter of taste but the work on offer seems to rely more on the greatness of its subject than on considered artistic merit. Perhaps one way of looking at it might be to say it’s affirmative action in reverse.

Whatever else I might think about Bailey’s exhibition, the one thing that is good about it, whether the artist intended it or not, is that it brings up the questions of whether Madiba is an icon or an idol and whether there is still a place for Madiba the man in our lives, in our history and in our culture — or is he already, as in Damaso’s painting, a corpse?

Khwezi Gule is chief curator of the Hector Petersen Memorial. This review is written in his personal capacity. The exhibition is on until June 5 at the Everard Read Gallery, Rosebank

JAG exhibition sparks new discussion on all your faves