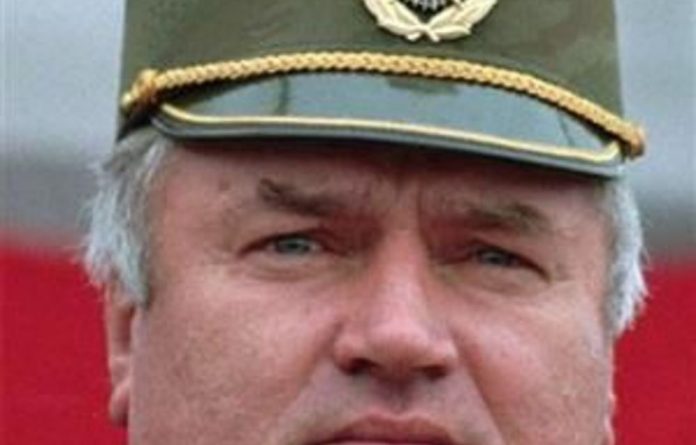 A judge ruled on Friday that Bosnian Serb general Ratko Mladic, the alleged mastermind of the Srebrenica massacre and other atrocities, was fit to face international justice at a war crimes court.

The ruling came amid pleas from Mladic’s family that he was too ill to be transferred to the United Nations court in The Hague and that he was not guilty of organising the Srebrenica massacre — the worst single atrocity in Europe since World War II — and the 44-month siege of Sarajevo.

“It has been established that Ratko Mladic’s health condition makes him fit to stand trial … we have decided the conditions for transfer have been met,” Judge Maja Kovacevic told reporters outside Serbia’s special war crimes court.

“Doctors say he is physically fit to follow the procedure despite the fact that he is suffering from several chronic illnesses,” she added.

The judge said Mladic “has refused to accept the indictment by The Hague court”, where he faces charges of war crimes, genocide and crimes against humanity.

“On Monday we will submit an appeal to this decision,” he said outside the court.

Speaking to reporters earlier — a day after his father was arrested at the end of a 16-year manhunt — Mladic’s son Darko Mladic insisted he was not guilty and not healthy enough to be transferred.

“His position is that he is not guilty of what he is accused of,” Darko Mladic told reporters after meeting with his father inside the Serbian court building.

“I am not a doctor but my opinion is that he is not fit at the moment,” he said when asked if he thought his father could be transferred to The Hague.

First appearance
Mladic made a first court appearance in Belgrade on Thursday after being arrested in the early hours in a village in northern Serbia, but his first hearing was halted after his lawyer Saljic said he was too ill to speak.

Darko Mladic said the family considers the former general’s medical condition “worrying” and will ask for him to be checked over by a team of independent doctors, possibly from Russia.

According to Darko Mladic, his father had a medical check-up including an electrocardiogram heart test and a brain scan.

“The scan showed two scars from cerebral haemorrhages,” the son said. Mladic’s family had earlier stated that he had suffered strokes.

The Hague-based UN tribunal, the International Criminal Tribunal for the former Yugoslavia (ICTY), insisted Friday that its detention centre was able to care for ill inmates.

“We are able to care for … people who have illnesses,” ICTY spokesperson Nerma Jelacic said, adding the majority of accused in the tribunal’s custody had “pre-existing medical conditions”.

Strawberries
A source in Serbia’s war crimes court said Mladic had asked for strawberries and Russian literature to be brought to his cell while in detention.

Serbian President Boris Tadic announced the arrest of Mladic on Thursday and said the process of transferring him was expected to take about seven days.

The indictment against him cites the Srebrenica massacre, the siege of Sarajevo, and the creation of camps and detention centres during the 1992-1995 war, all as part of a campaign of ethnic cleansing directed against Bosnian Muslims.

At Srebrenica in July 1995, 8 000 Muslim men and boys were rounded up and killed in Europe’s deadliest massacre since World War II.

Newspapers reported that Serbian intelligence officers and a special war criminals tracking team swooped in the early hours of Thursday on several houses in Lazarevo, a village around 80km north of Belgrade, close to the Romanian border.

Mladic was located and arrested without the participation of foreign intelligence services, Serbia’s war crimes prosecutor Vladimir Vukcevic was quoted as saying.

“The arrest of Mladic is a result of a hard work by the action team and our security services,” Vukcevic told Tanjug news agency.

Mladic was found alone in one of the houses and, although he was armed, he offered no resistance.

Recognisable
Two papers published one of the first photographs seen of Mladic in about 16 years, showing a visibly older and thinner — but still recognisable face.

News of Mladic’s arrest was welcomed around the world though Moscow called for an impartial trial of the alleged war criminal.

In Serbia, the wartime Bosnian Serb military chief is seen by some as a hero and around 500 ultra-nationalists protesting the arrest clashed with police in the northern city of Novi Sad on Thursday, leaving two people injured.

The Serbian ultra-nationalist Radical Party (SRS) has called for a massive protest against Mladic’s arrest on Sunday. — AFP

Serbs not ready to face the truth, says Bosnia’s president