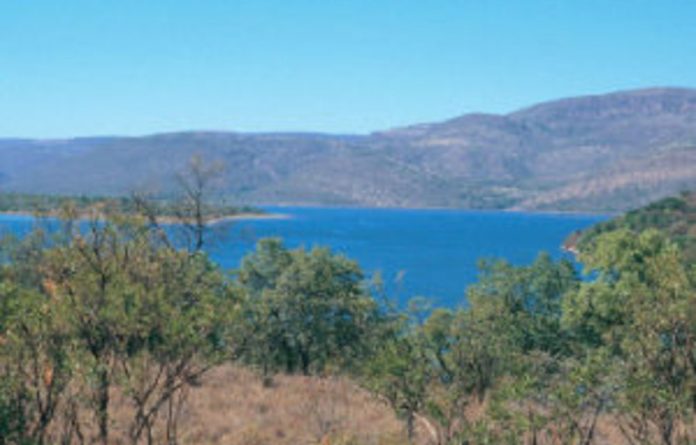 The Mpumalanga Tourism and Parks Agency, once one of South Africa’s most respected conservation organisations, is broke.

Concerned conservationists said electricity was cut off this week at its headquarters in Nelspruit and at one of its flagship reserves, Songimvelo near Barberton, because of outstanding bills. Cellphone and internet communication has been blocked, most landlines no longer work and Telkom has physically removed the lines at Songimvelo.

Food for emaciated buffaloes held in breeding bomas at Loskop reserve near Middelburg is running out and there is no petrol to fetch more. There is no electricity to pump water for the buffalos. Co-management deals at five reserves shared with local communities have crumbled. At Songimvelo, under threat from local cattle barons, land claimants have not been paid income promised from last year’s hunting season.

Staff members are being paid their salaries, but since last September, have not received petrol allowances. Scientists, rangers and conservation officials are forced to use their own money or find sponsors if they need to travel or get their jobs done.

“We have effectively been grounded since last year. It’s frustrating because we don’t have any money to operate and are getting paid just to sit behind a desk for eight hours a day,” said one employee.

The final straw was the R212-million grant allocated for 2011-2012 by the provincial department of economic development and tourism. The agency’s salary bill for the period comes to R198.4-million and it estimates it needs at least another R44.2-million to cover operating costs.

Debt carried over from 2010-2011 reportedly totals at least R51-million. The agency did not answer inquiries from the Mail & Guardian.

Agency spokesperson Kholofelo Nkambule would say only: “The financial situation will be discussed in detail at a board meeting scheduled to take place this coming Friday. The board will then make a pronouncement on a way forward.”

Senior staff members have drawn up a rescue plan, but would not go on record for fear of losing their jobs.

Concerned conservationists in the region and former employees said part of the problem was that none of the nine board members had a background or interest in conservation. Millions were being spent on marketing junkets and a tourism office in Johannesburg, while “the goose that lays the golden egg is being killed off”.

They are calling for conservation services at the agency to be separated from tourism functions, as was the case until 2005, and for the national environmental department to step in.

Post 1994, the then Mpumalanga Parks Board took over five reserves from the old kaNgwane homeland and became the second-most respected conservation organisation, after the Natal Parks Board, said former employees.

“It was a well-oiled organisation with top scientists, ecologists and management plans for each reserve. Other parks looked to us for guidance,” said a former manager with more than 32 years’ experience in government conservation.

After the amalgamation of tourism with conservation at the Mpumalanga agency in 2005, several chief executives were appointed and then released with hefty golden handshakes.

The present chief executive, Charles Ndabeni, was appointed amid controversy in 2008 because he was under investigation by the North West Parks Board for financial mismanagement and conflict of interest in his previous position as head of the North West Parks and Tourism Agency, leaving it with a debt of about R9-million.

Bryan Havemann, the conservation director of the Wildlife and Environment Society (Wessa), told the M&G at the time: “Many board members and managers don’t understand environmental issues. We need suitably qualified and competent portfolio-based appointments.”

Ndabeni, who earned a salary of R1.4-million last year, is reportedly being squeezed by officials in the provincial department of economic development and tourism who earn less than he does. “He is earning more than the provincial minister and chief of the department, but he is ruining the organisation,” said the former manager.

The department’s director of communications, Mohau Ramodibe, said it had appointed a team of consultants to conduct an audit at the agency, “to assist with an in-depth understanding of the problem.

“Among others, the consultants will access the source of the financial shortfalls to ensure that similar problems are not encountered again. This exercise will include an assessment of the revenue generation capacity of the agency.”