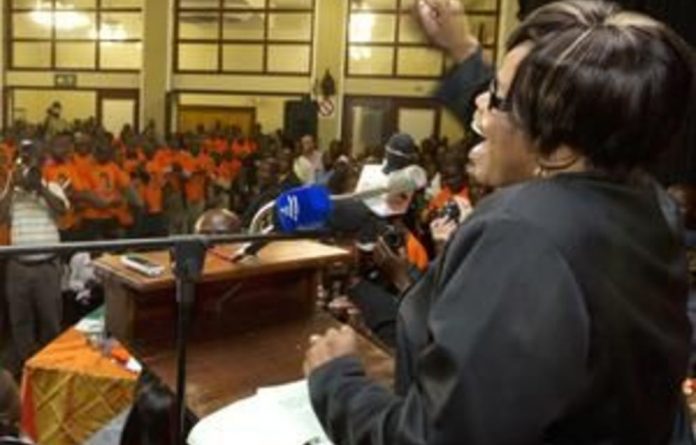 National Freedom Party (NFP) strategists ascribe the three-month-old organisation’s successful début — winning 2.4% support nationally and 11.1% in KwaZulu-Natal in last week’s local government polls — to little else but the commitment of its members.

South African political parties are loath to disclose their financial backers and the NFP is no different. Andile Biyela, its spokesperson, said the NFP was still assessing the cost of the campaign, but suggested that it ran into “millions”.

Biyela said that the campaign, which saw the party win the election poster wars in rural KwaZulu-Natal and gain a considerable presence in areas not immediately associated with its core target groups, including wealthy Johannesburg suburbs and Western Cape towns such as Paarl, was funded in many ways.

“Members gave money from their own pockets and we got sponsorships from businesses and individuals — 500 T-shirts here, some money for posters there, or paying a year’s rental for our offices in some towns”. He said that the NFP also owed companies money for “things like renting billboard space”.

“Our supporters were already mobilised around the Friends of VZ campaign, printing T-shirts and reaching out to people, so we kept that momentum going,” said Biyela.

The campaign emerged after the 2009 general elections within the Inkatha Freedom Party as reformists backing then-IFP national chairperson Zanele Magwaza-Msibi to become party president became more vocal about their disaffection with the party leadership. The unresolved differences led to Magwaza-Msibi forming the NFP in January this year.

Biyela said that membership fees also provided a base from which the party worked. “We’ve attracted over 200 000 paid-up members at R10 each. That’s a R2-million start, with a bit on top from members like myself who could pledge more than that.”

Ivan Barnes, a member of the NFP’s election war-room who was deployed to work in the uThungulu district, said: “I must have spent about R30 000 to R40 000 of my own money on the campaign, paying for everything from petrol to go campaigning to meals during meetings.”

Barnes said that it was important for the party to have a national profile to prevent it from being dismissed as another provincial party — or an “IFP light”.

“We have offices in all the provinces except the Northern Cape. The president campaigned in all those provinces and the hard work is reflected in seats we won in Polokwane, Mpumalanga and two wards in the North West. People were looking for alternatives,” he said.

Another NFP campaigner in Ulundi, where the IFP won an overall majority despite haemorrhaging votes to the NFP, estimated that “almost R100 000” was spent in his ward alone. He did not want to be named.

“There was a lot of goodwill from people donating whatever they could. “We also got funding from business people previously associated with the IFP who were looking for change.” Biyela said that support from communities and businesses fed up with the lack of development in formerly IFP-run municipalities translated into financial backing.

He said that a R1-million pledge from a “mysterious” Limpopo business person, Mulalo Makhathini, had yet to be deposited in the party’s bank account.

The NFP has consistently denied claims by Mangosuthu Buthelezi, the IFP president, that it is an ANC project bankrolled by ruling party moneybags, including Tokyo Sexwale. This week Magwaza-Msibi penned an open letter to the IFP stating that the NFP would start negotiating with it about possible coalitions only if it publicly apologised for making such allegations.