No ‘sea change’ without a swing 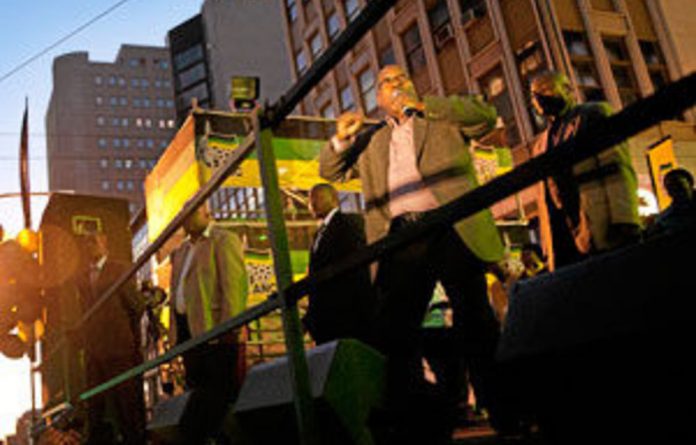 With noble exceptions, the analysts have, by and large, fallen into two misguided camps: those who have breathlessly proclaimed a “sea change” or “watershed” election (Professor Susan Booysen et al) versus those who have opined that it is “business as usual” (most of the SABC couch-potato analysts). Both are wrong; it is something between the two.

It was as blindingly obvious as the watch on Juju’s wrist that the ANC was going to suffer some setbacks because of the sheer scale of local government dysfunction and in many places, attendant corruption. The ANC only narrowly scraped home in many strongholds, including Nelson Mandela Bay.

And it was no less crystal-clear that the opposition was going to consolidate, given the travails of the Congress of the People (Cope) and the Inkatha Freedom Party and the neat little merger and acquisition of the Independent Democrats by the Democratic Alliance (DA).

Satisfying many of the indicators that this column set the DA a fortnight ago, Helen Zille’s party continues to make significant progress in pursuit of a much more sophisticated and focused strategy than in the elections prior to 2009. For example, it competed in Tshwane, Jo’burg and Nelson Mandela Bay, with 34%, 38% and 40% of the vote, respectively.

That the DA won decisively in Cape Town was a foregone conclusion. Only a fool — and there were plenty of them — thought that a worthy candidate (Tony Ehrenreich) could mask almost 20 years of strategic blunders by the ANC’s provincial structure and its leadership. And take a bow Jimmy Manyi, the latest prince of Western Cape ANC crass tactical ineptitude. Will it ever find a way to convince working-class coloured voters that it takes them and their concerns seriously?

Yet this raises a question: How reliant is the DA on its Western Cape stronghold? Less so than the ANC is on KwaZulu-Natal, apparently. While the ANC’s vote declined on average 6.64% in the other eight provinces, compared with the 2006 local government election — a very similar figure to the 8% it lost on average in those eight provinces in the 2009 national election — it was partly saved by a much smaller decline (0.74%) in KwaZulu-Natal, where high numbers and high turnout boosted its national tally, thus limiting its overall decline to just less than 3% (again, a similar figure to its 2009 national-electoral fall). Only in so far as this represents a consistent and steady decline in its support base can it be described as “business as usual”.

In contrast, partly because it is a numerically considerably smaller province, the gap between the DA’s national increase of just less than 8% in the Western Cape and its average performance in the other eight provinces (6.23%) was much smaller.

This will provide succour to its argument that it is a truly national opposition party, with scope for growth everywhere. Indeed, the DA comfortably passed the 20% benchmark of progress nationally that was its previous glass ceiling. Its current growth path has been an impressive 25% a year since the 2009 national election and 10% a year since the last local election.

These are notable figures; the facts speak for themselves. But only to a point. Does any of this add up to a “sea change” or “watershed”? No: because the evidence of the DA making any serious inroads into working-class African wards is scanty at best.

In the absence of exit polling, which can make demographic evaluations, crunching the numbers is somewhat precarious. Happily, for the first time, there was some independent analysis of wards: the Political Information and Monitoring Service of Idasa this week released its own analysis, which used the SABC’s database to assess trends based on an examination of particular wards. By looking at particular wards, armed with demographic data, it is possible to see that the DA has won some black votes where before it had won none. So, for instance, in Ward 19100090 in Khayelitsha, 174 people voted for the DA compared with a big round zero last time.

It is still, however, minuscule; a less than 2% scratch on the surface. And so it is clear that the DA now faces its new glass ceiling: having apparently mopped up most non-ANC votes and, alongside this, most minority votes, the big question for the next decade is whether the DA can start to win votes in significant numbers from the majority community. This is precisely the same question that stood before us 10 days ago; in that respect, nothing has changed.

The parameters of sea change and watershed are that South Africa escapes this potential vortex of perpetual racial division.

Declining to register or to vote, out of protest, yes, but not swinging to the opposition.

The apparently high turnout suggests that South Africa’s electoral democracy is robust, in the sense that it is capable of acting as an outlet for discontent with government performance. (Without also looking at the numbers of eligible people who actually registered, though, even the turnout analysis is precarious.)

Indeed, where the DA was most effective, and the polls therefore most competitive, the turnout was at its highest. Much will now depend on how the ANC responds.

As I have asked before, will it raise its game or stick its head in the sand? Will the organisation’s non-racist, social-democratic tendency rise up and prevail? Or will the longer-term electoral trends that these local government elections consolidated be welcomed by its populist, nationalist right-wing, with all the bleak and dastardly consequences that will inevitably follow?