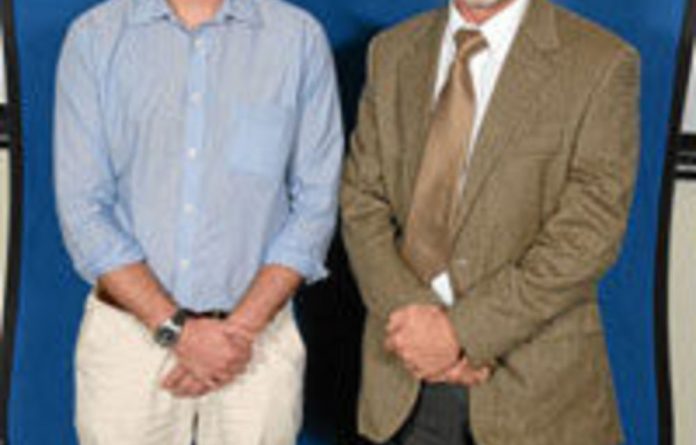 Science and technology research within academia and industry assists in propelling an economy and a society forward. “There is a need for more interest, investment and recognition,” says Jansie Niehaus, Executive Director of the National Science and Technology Forum (NSTF).

In this regard, the NSTF-BHP Billiton Awards stand out. The 2011 awards presentation was held on 26 May 2011 at Emperor’s Palace, Kempton Park. The winners are practicing scientists, engineers and technologists that have made outstanding contributions to research across the system of innovation:

Lifetime Award:
Professor Lionel Opie, Emeritus Professor of Medicine (Cardiology), University of Cape Town, is Africa’s best-known heart-focused scientist. His work has led to an improved understanding of the causes of heart attacks and the better use of medication for heart disease. His scientific work focuses on the cellular molecular mechanisms of fatal heart attacks (coronary heart disease) — the fundamental hypothesis involves an understanding of the interaction between free fatty acids in the blood, the release of adrenaline, administration of insulin and the use of glucose by the heart. Opie’s lifelong research and dissemination of heart drug therapy through ‘Drugs for the Heart’, in its eighth edition, has become a global standard among medical practitioners.

Research and its Outputs Award:
Based at the Department of Chemical Engineering, University of Pretoria, Professor Thokozani Majozi’s research has led to the development and application of novel techniques in batch and continuous chemical process integration. He has developed a mathematical technique for waste water minimisation and heat integration in multi-purpose batch chemical plants (that are characterised by complex recipes) and his work includes a robust framework for the synthesis of cooling water systems and steam system networks.

Management and Related SETI Activities (other than R&D) Award:
David Benjamin Botha from Outreach and formerly Executive Director, SA Institution of Civil Engineering, is South Africa’s civil engineering ambassador locally and internationally.
Botha was instrumental in ‘putting’ civil engineering on the map in South Africa, as well as raising the South African Institution of Civil Engineering’s stature internationally. He was also responsible for establishing the Africa Engineers Forum.

Eskom-sponsored Research Capacity Developer Award (female and male):
Dr Elma van der Lingen, Manager, Advanced Materials Division, Mintek, has distinguished herself in the initiation, expansion and capacity building within the field of gold and platinum group metal industrial research and development (R&D), particularly with the founding of Project AuTEK. Through her and her teams’ work, an expertise base for gold in catalysis, nanotechnology and biomedical applications has been established at 10 local higher education institutions. More than 60 postgraduate students have been involved and graduates have found employment in fields related to their studies.

Professor Tshilidzi Marwala, Executive Dean, Faculty of Engineering and Built Environment at the University of Johannesburg, has made significant contributions as a research capacity developer, particularly of African students. He has been the driving force behind many technological artifacts that are underpinned by the application of computational intelligence techniques in various domains, such as computer science, engineering, medicine, finance, social science and computational biology. He has supervised over 50 students.

TW Kambule NRF-sponsored Distinguished Young Black Researcher Award (female):
Dr Nokwanda Makunga, Senior Lecturer, Department of Botany and Zoology at the University of Stellenbosch, uses medicinal plant biotechnology to meet the aims of commercialisation and sustainable resource use. Dr Mohamed Azeem Khan, Senior Lecturer, Department of Electrical Engineering at the University of Cape Town, has contributed towards the understanding of industrial motor efficiency and the design of small wind-energy capture and storage systems.

Research for Innovation Award:
CAPRISA 004 — Professors Salim Abdool Karim and Quarraisha Abdool Karim from the University of KwaZulu-Natal comprise the Tenofovir Gel Trial Leadership Team and have made outstanding contributions towards AIDS prevention and the discovery that antiretrovirals prevent HIV acquisition. The Karims are South African clinical epidemiologists. The WeldCore team from the Automotive Components Technology Station at the Nelson Mandela Metropolitan University have discovered innovative friction-processing solutions for reducing the risk of engineering structure failure and reducing plant downtime.

About the Awards
Founded in 1995, the NSTF is a South African forum of science, engineering, technology and innovation (SETI) organisations set up to oversee the establishment of the national science system and as a policy sounding board. “The NSTF awards were established three years later and have become the most prestigious SETI awards in South Africa. They are like the ‘Oscars’ within the SETI arena,” says Niehaus. Co-sponsorship with BHP Billiton has resulted in the recent name change.

The objectives of the Awards are to celebrate, acknowledge and promote excellence in the South African R&D community by cross-cutting sectors, levels, gender and race, while recognising both individuals and teams. “Scientific research not only has an effect on industry and the economy but increases South Africa’s standing globally. While the awards recognise excellence and encourage the involvement and participation of SETI organisations, it is also essential to raise awareness among the youth and general public about local research and its relevance,” says Niehaus.

There is also a representative from each of the three partners: NRF, Eskom and The South African Agency for Science and Technology Advancement (SAASTA). The process includes a peer review panel. “Most of the people in the SETI sector are still white males and it’s a struggle to represent people more in line with the make-up of a democratic South Africa,” says Niehaus. “During apartheid, the black education system was deliberately disadvantaged while the white system was advantaged. It has now become a legacy of apartheid. It takes a long time for a researcher to grow into a fully-fledged scientist — to get to a good PhD you are looking about 10 years of study, never mind the further research that is needed to reach an extremely high calibre.

“Niehaus says that the current education system is still not reflective of the Government’s policies, with many ‘black’ schools still not receiving the resources needed. It has become one of the foci of the awards to be more reflective of South Africa’s democratic society. Part of correcting the historical skewness in demographics of the science and technology landscape was, in partnership with Eskom and the NRF,a the creation of six awards in 2003.

The TW Kambule Awards are specifically for black researchers, both male and female. The Eskom Capacity Building Awards recognise the efforts of mentors in steadily building the national system of innovation and gradually correcting the skewness over time. The winners receive R50 000 research grants from the sponsors. The demographics over the last five years show that of the 46 individual winners, 28% were female and 57% were black.

The major sponsors if the NSTF-BHP Billiton Awards are: BHP Billiton, the National Research Foundation (NRF), Eskom, SAASTA (NRF), DST, Business Report, the THRIP programme and the Department of Trade and Industry.