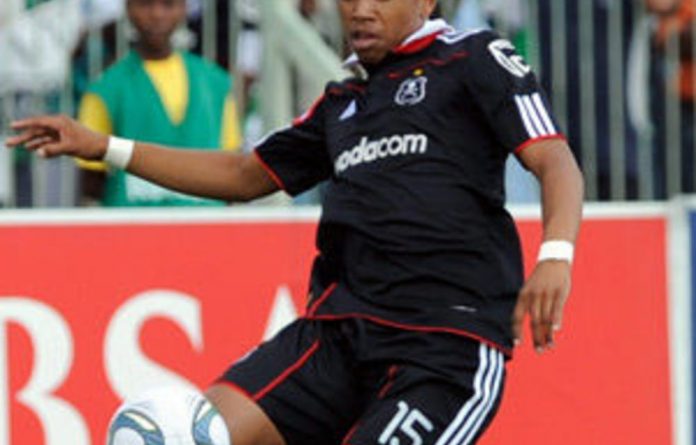 Orlando Pirates completed a treble by coming from behind to defeat second-tier Black Leopards 3-1 on Saturday in the Premier Soccer League final.

The Buccaneers Dutch coach Ruud Krol guided them to victory in the early season Top 8 Cup and they snatched the league title on goal difference from Ajax Cape Town last weekend.

Pirates, who also reached the League Cup final but lost heavily to arch foes Kaizer Chiefs, fell behind early in the second half when defender Rooi Mahamutsa conceded an own goal.

But Zambian Isaac Chansa levelled on 72 minutes and a brace from fellow midfielder Thulasizwe Mbuyane completed a memorable season for the former African champions.

“It is always difficult against outsiders but we woke up after falling behind. We have worked hard and deserve the treble,” said Krol, who will discuss the future with club officials soon as his contract has expired.

Leopards Zimbabwe coach Sunday Chidzambwa was unhappy with his defence: “We conceded two stupid goals after sitting back for no reason having taken the lead.”

Leopards, the third lower league club to reach the final in four seasons, were forced on to the back foot from the kick-off as Pirates sought an early goal before a capacity 43,000 crowd in perfect conditions in the eastern city.

Winning strike
But the club from northern town Thohoyandou lifted the siege to create the first clearcut chance on 15 minutes only for leading scorer Rodney Ramagalela to narrowly miss connecting with a low cross.

Pirates retaliated within 60 seconds as striker Bongani Ndulula pounced on a careless headed pass intended for goalkeeper Azwindini Maphaha, who did well to block a close-range shot.

While the Sea Robbers had more possession, Leopards threatened during swift counter-attacks with Malawi-born captain and midfielder Robert Ng’ambi and David Masugu keeping goalkeeper Senzo Meyiwa on his toes.

Ndulula had the first chance of the second half, but his penalty-area shot lacked power and direction, and Leopards recovered to take a shock lead nine minutes after the break.

Robyn Johannes fouled Ramagalela on the edge of the box and Mongezi Bobe saw his low free kick strike one Buccaneer before Mahamutsa conceded an own goal by deflecting the ball past Meyiwa.

The outsiders held the advantage for 18 minutes before Pirates scored twice within four minutes to turn the tide and prevent Leopards becoming the first second-tier club to lift the trophy.

Chansa levelled with an unstoppable close-range shot and when Maphaha misjudged a deep Andile Jali cross, the ball rebounded off a post and the diving Mbuyane headed home.

Mbuyane rifled the ball into the net from close range with one minute left after a Pirates counter-attack caught out Leopards and ensured Pirates collected the R6-million winners’ cheque. — AFP

The report by the Enhancing Africa’s Response to Transnational Organised Crime found that current enforcement and policy responses, which criminalise artisanal miners, “are misguided, counterproductive and ignore the poverty and socioeconomic drivers behind the phenomenon”
Advertising