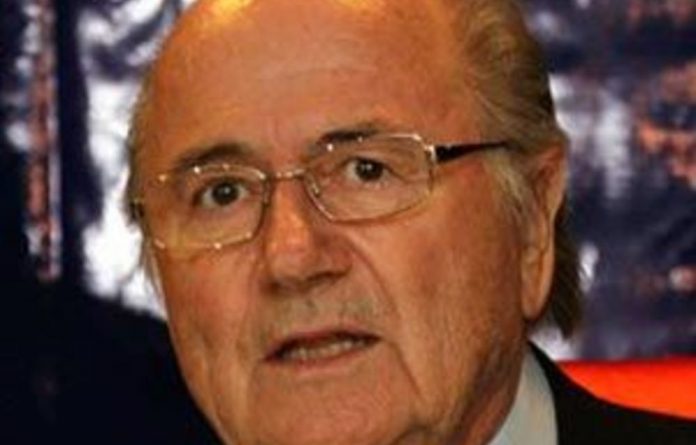 There’s a twisted comfort in knowing that, where one corrupt African dictator has decided to long overstay his welcome, there is a European counterpart somewhere doing exactly the same.

It kind of boils us all down to our common humanity, if that humanity is a wannabe king of a united states of Africa with ridiculous outfits and even more ridiculous notions of governing a country; and a septuagenarian Swiss wheeler and dealer who was once president of the “World Society of Friends of Suspenders” (I kid you not) and now runs the world’s most powerful football body, till death do them part.

There are quite a few similarities between Muammar Gaddafi and Sepp Blatter. They’re both ancient, unwelcome, and have a penchant for ludicrous statements.

Take Blatter’s infamous 2004 statement that female footballers should “wear tighter shorts and low-cut shirts … to create a more female aesthetic” and attract more male fans, not to mention his recommendation that gay fans “should refrain from any sexual activities” when in Qatar for the 2022 World Cup, given that nation’s ban on homosexuality.

Gaddafi, however, leaves Blatter in his dust when it comes to absurd quotes. Take this for example: “I am not such a dictator that I would shut down Facebook. I’ll merely imprison anyone who logs in to it.”

And that’s mild. He called former US secretary of state Condoleezza Rice his “darling black African woman” when she once visited Tripoli.

But don’t forget that Gaddafi is a special kind of evil. With his outlandish appearance and ludicrous statements it’s tempting to turn him into some kind of comic book character. But then one has to remember that this is the man who took millions for himself out of state coffers, ordered the killing of dozens of critics worldwide in the 1980s and was responsible for training or supporting other deadly dictators — think Sierra Leone’s Charles Taylor and Ethiopia’s Mengistu Haile Mariam, who was later convicted of one of the deadliest genocides in modern history. It is now emerging that Gaddafi’s forces may be using systematic rape to quell dissent in the country.

Thus South African President Jacob Zuma’s recent visit to the chaotic country was watched with great anticipation. It was hoped that he would engineer an end to the madness that is seeing Gaddafi violently refuse to leave or compromise in the face of pro-democratic uprisings inspired by revolutions that are unseating Arab dictators elsewhere.

Yet Zuma’s announcement after his meeting with Gaddafi was a predictable let-down from a president who is known too well for talking and too little for action. The world was expecting our president to negotiate an exit strategy for the Bedouin-tent dwelling leader. Rumours have been that somewhere like Turkey or even South Africa may accept Gaddafi, if he would just agree to quit and let his country get on with the business of building a democracy.

But instead Zuma announced yet another offer of a ceasefire. Gaddafi’s “compromise” means nothing — he agreed to the same thing in April and promptly took up arms against his own citizens soon after. Moreover it is no mere ceasefire the rebels are after, but rather for Gaddafi to step down and preferably step out the continent’s richest country in terms of nominal per capita GDP.

By contrast Blatter is a regular angel, albeit one with 13 years at the helm of Fifa, and enough allegations of financial mismanagement and general megalomania to make your average tin-pot dictator claps their hands in admiration.

The idea that Blatter will stand unopposed to again take the helm of the football super-body on Wednesday is utterly repulsive given the background of the situation. The two possible contenders for the throne were taken out of play by a series of political plays that saw them suspended for corrupt activities. Blatter was cleared of all wrongdoing by an internal committee of the organisation he is president of.

It is a blatant mockery of any sort of system of accountability.

And that is where Blatter echoes the Libyan dictator. He may not have murdered dozens or been complicit in genocide, but his sheer lack of accountability and greed puts him firmly in the same camp as Gaddafi.