The threat to Fergie’s sunset years 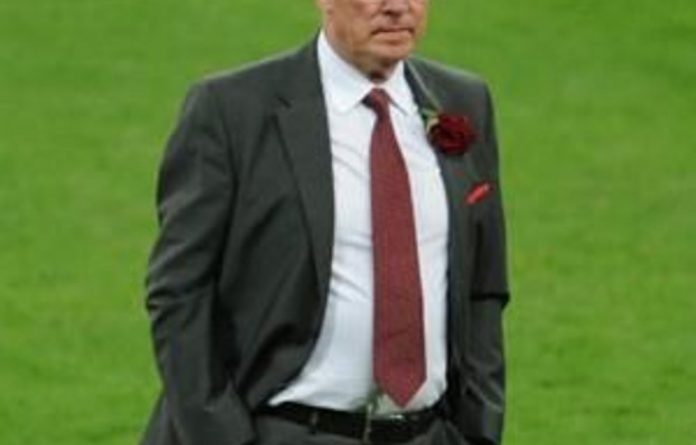 A Manchester United without Sir Alex Ferguson in charge feels as much an absurdity as, in the end, an inevitability. It is the measure of his command and achievements that the manager’s intention to press on with the rebuilding of the squad is taken for granted.

It is one of his admirable feats that ageist attitudes are kept quiet in his presence. Nonetheless, the manager turns 70 at the end of this year and while that does not make a person venerable any more he might still be stuck in the very early days of framing an answer to Barcelona.

Ferguson has never been a run-of-the-mill manager, but it will be extraordinary even by his standards if he is dominant with United four or five seasons from now. The course taken by, for instance, Giovanni Trapattoni, is more conventional. The 72-year-old has had his setbacks and been sacked more than once, but the trajectory of his career makes sense.

Having won the European Cup, the Cup Winners’ Cup, the Uefa Cup and domestic league titles in four countries, Trapattoni now presides over the Republic of Ireland, who are one of the three sides level on points at the head of Group B in the Euro 2012 qualifiers.

That sort of path has never appealed to Ferguson. He may have been deterred fast. After the death of Jock Stein at Cardiff in 1985 international management was foisted on him, although he combined the duties with his work at Aberdeen. It must have been a joy for him to stand down, since Scotland were eliminated after taking one point and scoring one goal in three games at the World Cup finals in Mexico.

The immersion in the life of a club looks essential to him. It is inconceivable to think of him being disconnected from United for an instant. Ferguson’s undisputed command postpones discussion of the succession. While he has the company of all other managers in being at a loss to know how to counter Pep Guardiola’s side, time is against him. It could be that matters will go wrong at Camp Nou, especially since the coach is resolved to leave next summer, but rivals, in essence, must settle and wait for decline at Barcelona.

Challenge of regaining mastery
While Ferguson’s intention to press on with the reshaping of his squad is known, the names linked with him in the transfer market do not, on the whole, sound like equivalents to Lionel Messi, Andres Iniesta, Xavi or Sergio Busquets. United, of course, did no worse than anyone else against Barcelona. The tantalising fact is that United, with three Champions League finals in four years, are the closest rivals to the Catalan club, but still far from their standard.

Unless Ferguson can last for many more seasons, instead of an extra few years, he may, so far as European competition goes, feel that he is on the margins. It is in his nature to commit himself to the challenge of regaining mastery. He might even pull it off, but such an outcome would probably be contingent on disruption at Barcelona. Guardiola sounds adamant about walking away next summer, but it is not beyond possibility that the replacement will be outstanding.

This could be the hardest struggle that United and other clubs at their level have faced in decades. By comparison, Chelsea’s impact in the mid-2000s led to little more than setbacks and some regrouping before Ferguson’s squad returned to the fore. The current phase of the Premier League’s history may also apply pressure. Manchester City, for instance, are no longer at any risk of being considered laughable now that they have so much money and a manager as straight-faced as Roberto Mancini.

Chelsea, too, are likely to be revitalised before long. Ferguson has seen the rise and, always, the fall of challengers. He may be unique in securing what appears to be the right to determine the timing of his retirement. The owners, in particular, should dote on an employee who lives uncomplainingly within the budgets that apply at a club they have loaded with debt.

None of that, however, can postpone an eventual succession. If the shadows of the Barcelona ascendancy go on falling over European football, Ferguson will have a dark spell at the close of a wonderful career.

He will not be going in the near future, but it is intriguing to think of, say, Jose Mourinho being installed at Old Trafford in a couple of years. His Real Madrid side have not overcome Barcelona either, but he still looks the one candidate to match the authority of Ferguson. —