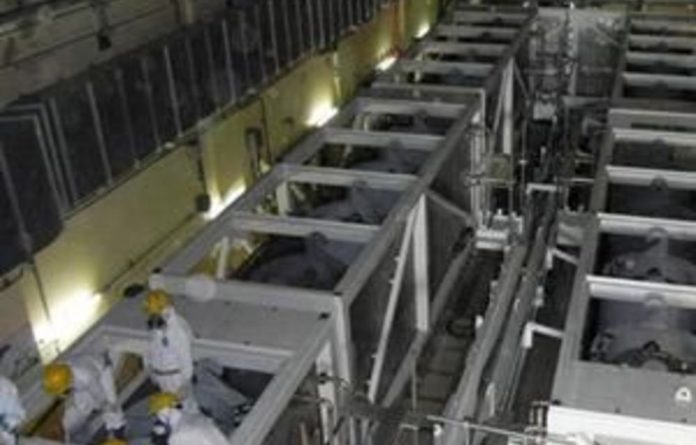 Molten nuclear fuel in three reactors at the Fukushima Daiichi power plant is likely to have burned through pressure vessels, not just the cores, Japan has said in a report in which it also acknowledges it was unprepared for an accident of the severity of Fukushima.

It is the first time Japanese authorities have admitted the possibility that the fuel suffered “melt-through” — a more serious scenario than a core meltdown.

The report, which is to be submitted to the International Atomic Energy Agency (IAEA), said fuel rods in reactors number one, two and three had probably not only melted, but also breached their inner containment vessels and accumulated in the outer steel containment vessels.

The plant’s operator, Tokyo Electric Power Company (Tepco), says it believes the molten fuel is being cooled by water that has built up in the bottom of the three reactor buildings.

The report includes an apology to the international community for the nuclear crisis — the world’s worst since Chernobyl in 1986 — and expresses “remorse that this accident has raised concerns around the world about the safety of nuclear power generation”.

The prime minister, Naoto Kan, said: “Above all, it is most important to inform the international community with thorough transparency in order for us to regain its confidence in Japan.”

The report comes a day after Japan’s nuclear safety agency said the amount of radiation that leaked from Fukushima Daiichi in the first week of the accident may have been more than double that initially estimated by Tepco.

The 750-page report, compiled by Japan’s emergency nuclear task force, concedes that the country was wrong-footed by the severity of the accident, which occurred after the plant was struck by waves more than 14m high following the earthquake on 11 March.

“We are taking very seriously the fact that consistent preparation for severe accidents was insufficient,” the report said. “In light of the lessons learned from the accident, Japan has recognised that a fundamental revision of its nuclear safety preparedness and response is inevitable.”

The nuclear task force’s head, Goshi Hosono, said Tepco had failed to adequately protect plant workers early on in the crisis, and had provided inadequate information about radiation leaks.

Red tape
About 7 800 workers had been involved in the battle to stabilise the plant as of late May, the report said. While their average exposure dose was well within safe limits, “a certain number” may have been exposed to more than 250 millisieverts per year, the maximum allowable dose under revised government guidelines for Fukushima workers.

The report acknowledged that bureaucratic red tape, and the division of responsibilities across several government agencies, had hampered the response to the accident.

It said the government would separate the country’s nuclear safety watchdog from the trade and industry ministry, a recommendation made earlier this month by a team of experts from the IAEA.

The trade and industry minister, Banri Kaieda, said Japan would share all available data and cooperate with the IAEA. “Our country bears a serious responsibility to provide data to the international community with maximum transparency, and to actively contribute to nuclear safety,” he said.

The most urgent problem facing workers at Fukushima Daiichi is how to deal with vast quantities of highly radioactive water that has accumulated in reactor buildings and basements and in ditches.

The estimated 100 000 tonnes of contaminated liquid — run-off from water used to douse overheating reactors — is hampering efforts to repair the plant’s cooling systems.

Tepco has said it hopes to have a system in place by the middle of the month to remove radioactive substances from the water, enabling it to be reused to cool reactors. – guardian.co.uk