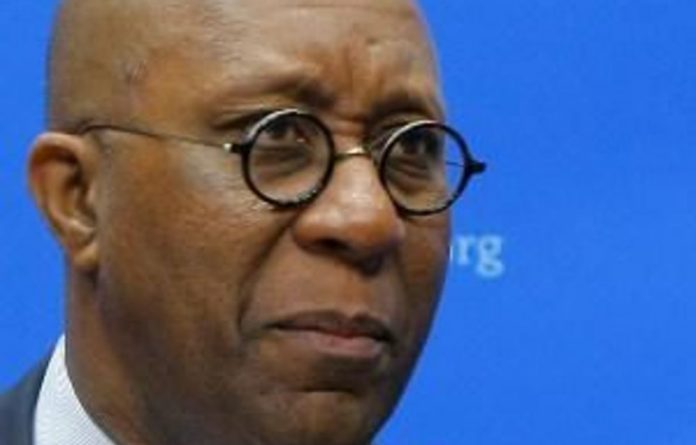 The United States wants to expand trade with Africa, US Trade Representative Ron Kirk said on Thursday, opening talks on trade in the continent, where China has moved aggressively into fast-growing economies.

Secretary of State Hillary Clinton will join the two-day meeting in Zambia’s capital Lusaka, where 1 600 delegates are seeking ways to maximise benefits of an 11-year-old preferential trade deal.

“This high-level dialogue is proof of Africa’s strategic importance to the United States,” Kirk said.

With six of the world’s 10 fastest-growing economies located in Africa last year, donors and African leaders are pushing to expand the continent’s trade as a means to ease poverty.

Thirty-seven African nations qualify for duty-free access to the US market under the African Growth Opportunities Act (AGOA), which requires beneficiaries to meet standards for free-market economies and good governance.

The ministerial meeting in Zambia will look at ways to encourage African nations to diversify their exports to include more manufactured and value-added products.

“AGOA is changing the lives of millions of people in Africa and President (Barack) Obama’s administration is committed to make AGOA work much better,” Kirk said.

The host of the meeting, Zambian President Rupiah Banda, urged more countries to adhere to democratic principles to reap the benefits from the trade deal.

“Some African countries are not represented here today because of ongoing social political instability,” Banda said.

“This reality reminds us that the economic dividends we seek from AGOA can be best realised when all African countries strengthen and enrich sound democratic practices and uphold good governance,” he said.

“Peace and security within and across borders are twin imperatives that all must not fail to work for,” Banda told the delegates.

AGOA’s rules are broad enough to encompass most of the continent, but leave out countries hit by coups or major political conflicts, including Ivory Coast, Somalia, Sudan and Zimbabwe.

The United States sees the offer of tariff-free access to the world’s largest economy as a carrot to encourage good governance in Africa.

But like other western countries, the United States now finds itself competing with China, which imposes no such pre-conditions.

African trade with China jumped more than 40% last year, compared with an 18% increase for the United States.

Last year AGOA exports to the United States reached $44-billion, but 91% of that were petroleum products, mainly from Nigeria and Angola, according to the state department.

In a letter to the delegates, Obama called AGOA the cornerstone for Africa’s economic growth and asked leaders to be fully committed to it.

“This is time for change for Africa now, and African economies must experience growth,” he added.

“I am certain that with the warm economic ties, we will soon be hearing of news that your economies are no longer small,” Obama said.

Most manufactured goods sold to the United States under AGOA come from regional powerhouse South Africa, with the rest of the continent sharing the small remainder.

Delegates from 31 nations are attending the two-day meeting to look at ways to boost exports of apparel, footwear, processed agricultural goods, and other manufactured products.

The US trade talks come ahead of a weekend free trade summit in Johannesburg, where 26 African nations will launch negotiations to pull down barriers in countries stretching from the Cape to Cairo. — Sapa-AFP