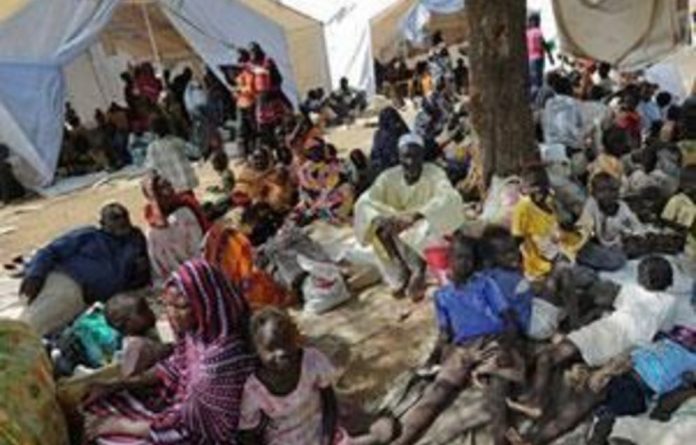 “We are extremely concerned about the bombing campaign, which is causing huge suffering to the civilian population and endangering humanitarian assistance,” Kouider Zerrouk, spokesperson for the UN Mission in Sudan (Unmis), said.

“The intensive bombing by SAF [the Sudanese Armed Forces — northern army] in the past week is continuing in Kadugli and Kauda, where jet fighters dropped 11 bombs at 10.30am this morning [7.30am GMT], apparently targeting an airfield,” he added.

Two bombs landed very close to the Unmis compound in Kauda, which is situated just 150m from the airstrip.

Heavy fighting between forces from the north, including both the SAF and government-back militiamen, and fighters aligned to former southern rebel group the Sudan People’s Liberation Army (SPLA) has raged across the heavily armed state since June 5.

Growing fears
Fears had been growing among civilians of intensified SAF air strikes on former rebel strongholds, where the indigenous Nuba peoples fought on the side of the SPLA during the devastating 1983 to 2005 civil war between north and south.

“We reiterate our call on the SAF, the SPLA and other armed groups who are involved in this conflict to allow immediate access to humanitarian agencies, to stop military attacks against civilians and respect and protect them in accordance with international law,” Zerrouk said.

Another UN source said clashes between northern troops and the SPLA were still raging between 15km and 20km from the Unmis compound in Kauda, involving air strikes and heavy artillery.

Unmis was unable to provide details of casualties from the latest violence in South Kordofan.

But a Sudan rights group said late on Monday that more than 65 people have been killed in air strikes carried out by Antonov bombers in different locations around the state over the past nine days.

The Sudan Democracy First Group (SDGP), in a six-page report, accused the northern army of pursuing a genocidal campaign in South Kordofan, targeting the Nuba peoples and supported by the Popular Defence Forces, a feared civil war militia that now forms part of the Sudanese army. — Sapa-AFP