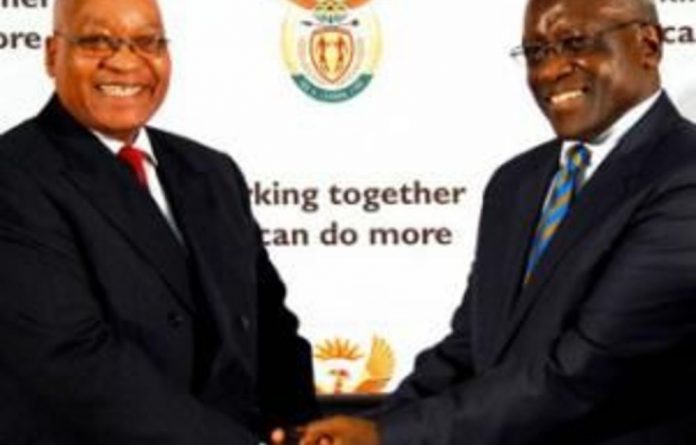 President Jacob Zuma on Thursday dismissed claims that a term extension for Chief Justice Sandile Ngcobo was unconstitutional, saying that if anyone felt strongly about it, they should have challenged the law allowing it when it was drafted 10 years ago.

“This law was passed by this house 10 years ago after careful consideration. I therefore acted in terms of an existing law,” he told the National Assembly in his reply to the debate on the Presidency’s budget.

“Now we are being told by some in this House and in the legal fraternity, that this law is unconstitutional. They have been sitting with this law all these years, and now they say it is a problem.”

He added, straying from his prepared speech: “You see we can’t make the laws and one day when they are applied if they do not suit our own personal interests, then they want to change them. It is a problem and yet in the same breath we respect the rule of law.

“When the law is being applied we have a problem because we’ve got certain political considerations. That’s a problem.

“Why didn’t you see this 10 years ago, that this law is not in line with the Constitution? Because there was no decision taken by the president at the time and now [you] wake up to it and think there is a problem.”

Court challenge
The Centre for Applied Legal Studies at Wits University and the Council for the Advancement of the South African Constitution on Tuesday launched an urgent court application to have the law declared unconstitutional and Zuma’s decision invalid.

They are taking issue with Section 8(a) of the Judges’ Remuneration and Conditions of Employment Act, 2001, and have stated expressly that the challenge was not intended “to impugn the integrity or ability” of Ngcobo.

But Zuma accused critics of the extension of using the office of the chief justice as a “political football”.

“We urge all parties to respect the independence of the judiciary and the integrity and dignity of the office of the chief justice. They must not use the office as a political football.”

Zuma said if MPs felt there was a problem with the law, they should have dealt with the matter in Parliament.

“If there are views that the law we used needs enhancement or that it is not sufficiently clear, this can be dealt with in the Superior Courts Bill that is currently before Parliament.”

Parliamentary input
The issue was raised by the Democratic Alliance during the presidency’s budget debate, with DA MP Dene Smuts saying she approved of retaining Ngcobo but it should have been done “by an act of Parliament” as Section 176 of the Constitution demands and not “under an Act”.

At the time critics argued that allowing politicians to decide how long a judge served would create the impression that he or she was not independent and raise suspicion of rulings in favour of the government.

Chaskalson retired in 2005 without the law amendments being enacted. — Sapa