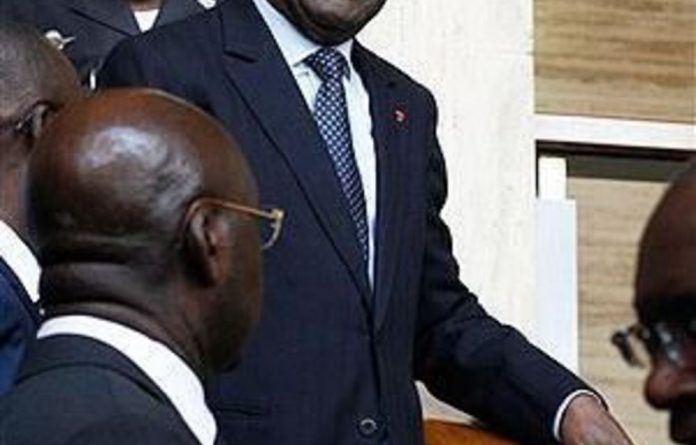 Côte d’Ivoire has announced an inquiry into atrocities committed during the bloody post-election crisis, amid claims from rights campaigners that only the losing side was being investigated.

The government led by President Alassane Ouattara made the decision at a Cabinet meeting, said a statement from spokesperson Bruno Nabagne Kone on Wednesday.

The “national commission of inquiry is to shed light on all the human rights violations committed during the post-electoral crisis,” said the statement.

The president had called for the inquiry to be carried out as quickly as possible so that those responsible could be identified and punished, he added.

Ouattara was sworn in late last month after a protracted and violent political crisis sparked by his rival Laurent Gbagbo’s refusal to accept defeat following the country’s November election.

He had already promised that no crimes committed during the conflict would go unpunished, no matter who committed them, and asked the Hague-based International Criminal Court to investigate the most serious violations.

UN investigators estimate that the conflict cost the lives of 3 000 people. They say tens of thousands more have still to return to the homes they fled.

Growing divide
Wednesday’s announcement by the Ivorian authorities comes on the heels of allegations from Human Rights Watch that they were only investigating abuses committed by Gbagbo’s fighters.

“There is a growing divide between the Ouattara government’s rhetoric that no one is above the law and the reality that justice appears one-sided and delayed,” senior West Africa researcher Corinne Dufka said in a statement.

No one from Ouattara’s camp had yet been arrested for abuses committed during the post-poll conflict, said Human Rights Watch.

UN investigators on Wednesday presented their findings to the UN Human Rights Council, setting out evidence of possible crimes against humanity by forces on both sides of the conflict.

The UN team, reporting back after having toured Côte d’Ivoire for more than three weeks last month, said they had uncovered evidence of ethnic and political killings and rape by fighters on both sides.

Dufka, for Human Rights Watch, urged Ouattara to grant UN investigators’ requests for an impartial investigations into the abuses.

“If [Côte d’Ivoire] is to make the break from the past that President Ouattara has promised, impartial justice for the thousands of victims is essential,” he said.

The latest statement from the government repeated its position that there would be no impunity for crimes committed during the conflict.

But it also accused some rights groups of what it said was a lack of impartiality that risked undermining the credibility of their work. The statement did not name the groups in question.

Ouattara has already launched an investigation into Gbagbo, his wife Simone and key members of his inner circle. He and his wife are currently being held under house arrest. – AFP