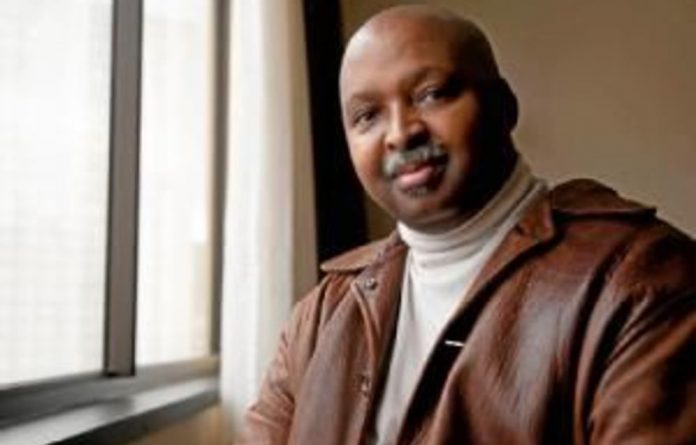 Lumko Mtimde, chief executive of the Media Development and Diversity Agency (MDDA), has been consistently outspoken in his support for a media appeals tribunal. And this contradiction was no less jarring when, late on Wednesday night, the organisation distanced itself from his views.

The group’s chair, Gugu Msibi, issued a statement saying the board was satisfied that Mtimde had “consistently emphasised and stated that his views on the proposed media appeals tribunal are his own and not those of the MDDA”.

But even if he has been clear on the tribunal Mtimde is not an easy man to read. His past activities and involvement in media institutions and his position at the agency indicate that he is passionate about the press and its progress. Yet these credits are overshadowed by his notoriety as the man behind the tribunal that threatens the very essence of freedom of expression.

Last week Mtimde was appointed to the board of the SABC and his curriculum vitae may appear to make him a shoo-in for the job.

He was born in 1967 in Katlehong and graduated from the University of the Western Cape with a BSc in physiology and biochemistry. He wanted to become a doctor but got reeled into politics.

He became involved in the media arms of two student activist organisations in the late 1980s, launching the country’s first community radio station, Bush Radio, in the Cape. He is a former member of the Freedom of Expression Institute and was an Independent Communications Authority of South Africa councillor.

Mtimde said the media’s reaction to the proposed tribunal had been “hysterical and dramatic”.

“The tribunal has never been intended to suppress media freedom. All it is intended to be is a mechanism for appealing decisions taken by a self-regulatory mechanism.” But media experts and practitioners are highly critical of Mtimde’s opinions. “The energy he has put into lobbying for the tribunal could have been better spent in lobbying for better conditions for community media,” said Jane Duncan, chair of the media and information society at Rhodes University.

Anton Harber, head of the journalism and media studies programme at the University of the Witwatersrand, said Mtimde had a big challenge ahead of him.

“As [an ANC] party activist and media tribunal campaigner Mtimde will need to demonstrate that he can leave his party politics at the door when he enters the SABC; that he will defend the institution against state and party interference and that he can meet his fiduciary duty to put the interests of the public broadcaster above those of the political party.”

Agency ‘needs to do a lot more’
The Media Development and Diversity Agency (MDDA) is a state-funded organisation that was set up in 2004 to “enable historically disadvantaged communities and persons not adequately served by the media to gain access to the media”.

But opinions vary on what the agency has achieved in the past seven years.

According to chief executive Lumko Mtimde the agency ensured that every municipality in South Africa has a community radio station or newspaper and, he claims, more than a thousand people have been “skilled in this area” and “are now players in the mainstream media”.

But Jane Duncan, chair of the media and information society at Rhodes University, says a lot more needs to be done, especially in the light of the collapse of small media organisations in the recession. “What measures has the MDDA put in place to stem the bloodbath? These are factors we don’t see the MDDA addressing.”

Govin Reddy fought for the freedom of people and the media