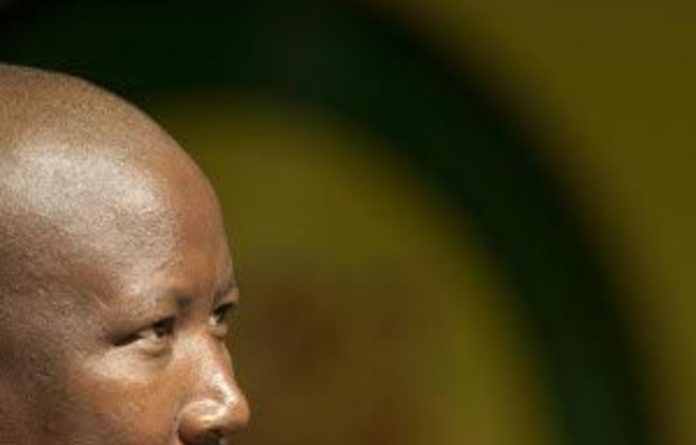 Heated debates were expected on Saturday when ANC Youth League delegates discuss the nationalisation of mines and land redistribution.

Delegates at the league’s conference at Gallagher Estate in Midrand will break into commissions to discuss, among other topics, the controversial issue of expropriation of land without compensation.

In a discussion document titled Programme of Action for Economic Freedom in Our Lifetime, the youth league called for the expropriation of land without compensation, in an effort to speed up land reform.

Youth League leader Julius Malema — elected for a second term on Friday evening — told the Western Cape’s provincial council earlier in the week that the current policy of willing-buyer, willing-seller had not been effective.

“The alternative from the youth league is that we take the land without paying. That is what we are proposing,” he said.

Following the announcement of ANCYL president Julius Malema’s re-election, we find out how his loyal supporters feel, why they believe he’s the only leader for them, and their response to Maile declining his nomination.

“The willing-seller, willing-buyer approach to land acquisition has constrained the pace and efficacy of land reform. It is clear from our experience that the market is unable to effectively alter the patterns of land ownership in favour of an equitable and efficient distribution of land.”

The issue of the nationalisation of the mines was raised by the league and it gained momentum ahead of the ANC national general congress (NGC) in Durban last year.

The NGC mandated the ANC’s national executive committee to research the issue and report back to the policy conference.

Presenting his political report during the first day of the five day congress on Thursday, Malema spoke extensively about mine nationalisation and land redistribution.

“The wealth must be transferred to all the people, the banks and mines should be nationalised. Land redistribution should be speeded up otherwise we will have no alternative to take over the land without compensation,” he said. – Sapa and Staff reporter