A sophisticated kind of democracy 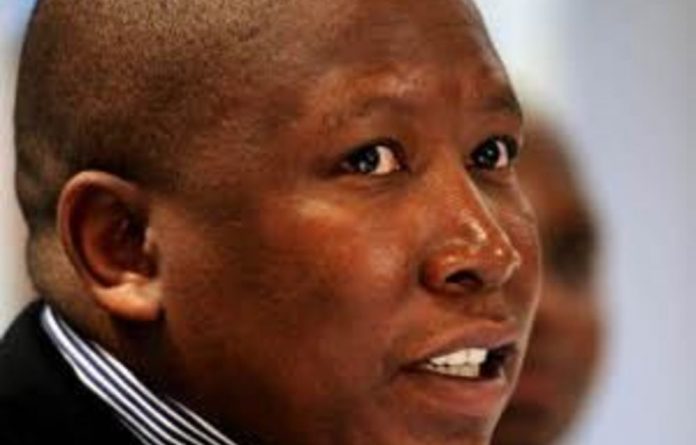 What to make of Julius Malema’s fulsome apology to “the lady and to the Sonke Gender”? It seems pretty heartfelt, and appears to be genuine. According to the South African Press Association (via the Star), Malema’s words were, “I am sorry, sorry and very sorry about that. And commit not to repeat the similar mistake again. Issues of women are sensitive, and once a person says ‘I’m offended’, it doesn’t matter whether you are right or not, you must have the capacity to say sorry.”

Some people, tired of having the bogeyman leering over their shoulder all the time, will gratefully accept this volte-face as an excuse to relinquish their oft irrational fears: “See, he’s not so bad after all. Maybe he’ll be a good president in 2017.”

Others will note the caveat. “It doesn’t matter whether you are right or not, you must have the capacity to say sorry,” seems to indicate a mature political standpoint, rather than a change of opinion. Clearly, there’s room for interpretation here, as there always is with the words of politicians. Again, some will see this as a positive sign of an emerging statesman to compliment the fervent revolutionary in Malema.

That’s what we’ve come to. Our definition of a good politician is one who might think women are sluts, gays are animals, and men are there to take bribes, but is okay as long as he (or she) keeps it to himself. It’s a sophisticated kind of democracy, and I guess that’s good. Very Western. The Constitution is the thing, and Section 16 guarantees everyone the right to talk absolute kak. Yep, a principle worth dying for.

In handing down judgment in a hate speech case against Malema in the Equality Court in March 2010, magistrate Colleen Collis couldn’t resist giving Malema a bitch-slapping. “Mr Malema, being a man of vast political influence, be wary of turning into a man that often speaks but never talks,” she said. Ouch.

The ANC Youth League will watch our back
What will we do if Malema turns into Nelson Mandela? Where will the good citizens of South Africa (well, the ones who don’t revere Malema) get their sense of self-righteous outrage? More importantly, who will be keeping vigilant so that big business and its eager handmaiden, creeping apartheid, don’t exploit our relatively new freedoms. Fear not! We still have the ANC Youth League itself to watch our back.

Here’s an extract from the league’s recent love letter to “Cde Jimmy”, supporting him in his principled stand against the Fourth Estate (which is a suburb next to Houghton Estate, I think).

“These notorious tendencies are unwelcomed and we will never allow ourselves to be slaves of media prejudice, discrimination and victimisation that remains an extension of attempted re-emergence of apartheid.”

This heartfelt battle cry is backed up with the usual closely collated body of evidence: “The media is committed to false reporting and spreading of lies. There have been numerous incidents of such attacks against the leadership of the ANC and the ANCYL. Even after having engaged with journalists and editors, the desperation to sell newspapers and false news remain at the core of their agenda to advance a raw, disrespectful, inconsiderate and selfish capitalist agenda.”

So no worries. If this apology is the first step in the maturing of Julius Malema, we still have a ready supply of young politicians ready and able to say the next necessarily crass thing. And it is necessary. One can’t help thinking that a Julius Malema is crucial to the democratic process, and that if he didn’t exist, it would be necessary to invent him.