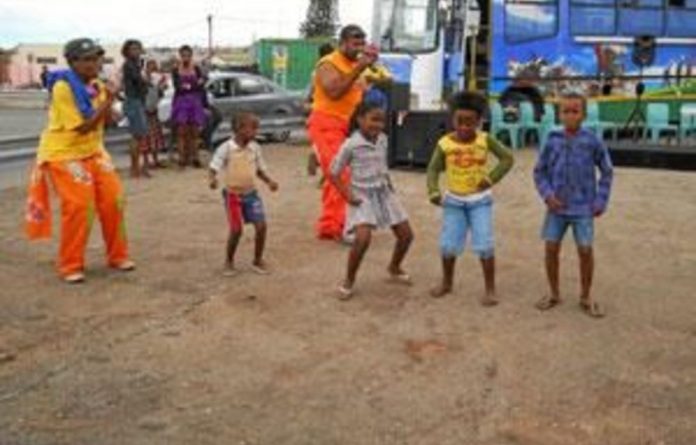 For the past three years, the Nelson Mandela Bay municipality in the Eastern Cape has been declared one of the cleanest metropolitan municipalities in South Africa by the national department of environmental affairs.

In 2009 the municipality was named cleanest town. As part of this award it received R1-million to be used on waste management initiatives. It was decided the prize money would be invested back into the community in the form of extensive waste-management education campaigns, helping the Nelson Mandela Bay municipality to live up to the esteemed reputation it has built up over the past few years.

The All Hands on Waste project was born from this directive. The purpose of the initiative is to educate communities about responsible waste management. Project partners include the department of environmental affairs, the department of education and Buyisa-e-Bag.

“The whole project is about conservation of the environment and waste management within communities,” says Deidre Nxumalo-Freeman from All Hands on Waste.

After the launch in April last year, the second phase is focusing on the implementation of sustainable waste management programmes in all primary schools in the municipality, says Nxumalo-Freeman. Road shows and campaigns are also being conducted at selected taxi ranks, community halls, libraries, clinics and other public amenities.

Hawkers in and around the taxi ranks are informed about how best to manage the waste that forms part of their daily lives. All Hands on Waste facilitators also engage with taxi drivers, urging them to dispose of the oil used in their vehicles responsibly.

To achieve sustainability of the project, infrastructure will be put into place to make waste management and recycling easy for community members, such as buy-back centres within an accessible distance and designated bins for the various recyclable materials. All Hands on Waste sees the youth as a vital target market.

To motivate young people to participate, waste management and recycling need to be fun, she says. So the project has developed specialised waste management games aligned to the national curriculum, competitions, cartoons and colourful marketing stickers and posters. Nxumalo-Freeman says the project team is training teachers on the use of these toolkits, which will be made available to all primary schools in the province.

Greening the Future judges who know the Eastern Cape said the clean-up in Nelson Mandela Bay municipality and the All Hands on Waste project were having a marked impact in the area. “Waste is a big problem, not only in that part of the country but nationwide,” said the judges. “This is an exemplary local government initiative with good partnerships and plans.”