The road to health is paved with bad conventions 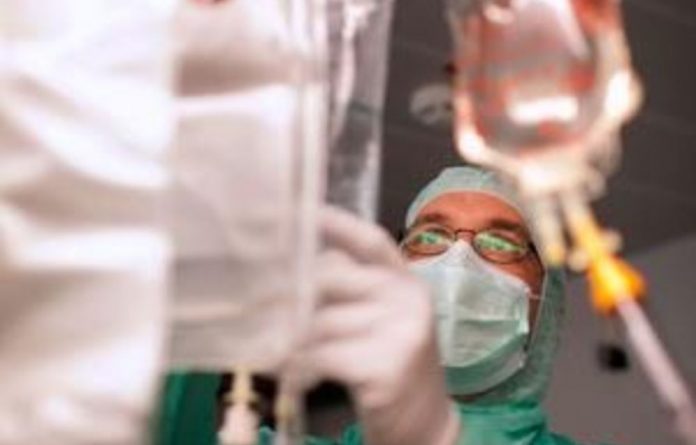 Health journalists, academics and media trainers from across Africa met at Rhodes University on June 18 and 19 to discuss new challenges confronting them, and strategies to overcome such obstacles. Health journalist and trainer Mia Malan participated.

Telling health stories has become one of the toughest jobs in journalism.

Healthcare is now the largest industry in the world, exceeding even the arms and oil trades. Such rapid expansion has resulted in the healthcare sector becoming increasingly politicised, with journalists expected to report incisively on an industry that is becoming ever more complex.

In the mid-1990s, I was a young journalist working at the SABC but I was already a veteran of so-called “health journalism trainings”. I recall one in particular. It was organised by a well-known American health organisation, and attended by 30 journalists from all over Africa.

All the Africans assumed the trainers were going to be exceptionally intelligent, armed with many years experience in health reporting.

Then, three long-legged women in their mid-20s, all wearing power suits in various shades of pastel, faces pasted with make-up, strode into the hall, their high heels clacking on the polished wooden floor.

“These women are journalists?” I wondered. “They look more like personal assistants to bank executives.”

Yet these three pretty young ladies toured the world, from Guatemala to the Gambia, presenting health workshops to reporters in developing countries.

Their only writing experience was compiling reports for donors and glossy brochures to promote their workshops.

The three women did, however, seem to have great faith in the ability of their students to absorb information and not to become bored. They had scheduled 24 speakers for the next three days — And all the “experts” would be speaking on just two subjects: “population” and “reproductive health issues”.

In the workshop, there were no sessions on writing skills, no “real people” who could move us with personal sufferings, no anecdotes from journalists who’d “done it all before” in the field and could pass on experience to us cub reporters. Just a seemingly endless stream of academics.

Talking shop
On the second day of the workshop (but by now we had all realised it was actually a talk-shop), one of the trainees, desperate to actually learn something, asked one of the pretty trainers for ideas on how to write a “catchy” introduction to a story about maternal mortality rates. Blankness glazed her face. Then the professor who had been the main speaker during this particular section of the “training” piped up: “Statistics.”

Now anyone who knows anything about journalism knows that filling an introduction with a string of old statistics is the last thing one does when trying to capture the attention of a reader, listener or viewer.

But the trainer nodded her agreement with the professor’s opinion, and they grinned at each other.

At that point, I realised: these journalism trainings had little to do with producing better reporters. They were all about bombarding journalists with as many health “facts” as possible in the assumption that this would lead to more frequent and better coverage of health issues.

Experience has taught me that such a strategy simply doesn’t work. Unless you wish to produce an outcome opposite to that of encouraging journalists to report on health issues.

Training daze
Sadly, across Africa, including South Africa, many donors continue to fund such “training,” which serve only to confuse journalists and to drive them away from reporting on health.

To provide young journalists only with information about a certain topic, without teaching them how to translate complex medical concepts into easily understandable language, is a waste of time. It’s a bit like telling someone how to drive a car without letting the person practise.

The ability to write compelling health stories depends hugely on journalists’ capacity to write well, and to give health issues a human face. That commands more than health knowledge: it requires a health reporter to combine research, interviewing and writing skills; to supplement statistics with real people’s experiences, to simplify often complicated diseases with case studies — actual human beings who are suffering, or have survived, such illnesses. That is what wins attention from consumers of media — not a page of scientific language.

No health official, media trainer or professor can teach this properly, unless they’ve done it themselves. It isn’t book knowledge, this. It’s field knowledge; that is what makes the difference.

Learn by doing
It’s of critical importance that journalists train journalists. Maybe one is able to learn accounting from a book, but journalism is a trade — yes, trade — requiring a hands-on approach: out in the field, out in the chaotic city hospitals and rural clinics, out in the back streets where abortions are being performed, out in the bush where young men are being butchered by unskilled circumcisers. And to properly use the tools of the journalism trade, such as cameras and microphones and notebooks, students must spend a significant time in the field. This is where one learns to record a proper, professional story – not in a classroom.

Another point to consider when debating the state of African health journalism is the fact that many health policy makers and advocates for certain issues are completely ignorant of the media’s needs. Then, when they present their ideas in an often boring, clinical and confusing way, and the reporters don’t write about their initiatives, they blame journalists for being “ignorant”.

Recently, a doctor’s association sent out a number of press releases highlighting a lack of safety and security in public hospitals. It said doctors’ lives were increasingly in danger. It referred to brutal attacks on doctors. I called the association. Logically, I thought, I asked its spokespeople to put me in contact with some of these concerned doctors, so that I could interview them to bring the association’s press release to life, so to speak.

They refused to do so, citing “confidentiality”.

Ironically, it’s often media spokespeople themselves who demonstrate the greatest ignorance of the media. Instead of assisting journalists, their job seems to be to “block” reporters from relevant information at all costs. Then, when journalists “get it wrong” — in their opinion — they cry foul.

Speaking of training
When these spokespeople are trained in media relations, so that they understand the news world’s needs, they become better at managing the media and getting their issues covered effectively.

Training health journalists (and spokespeople) well is much more expensive than simply stringing together a list of speakers on a subject. It requires long-term investment and deeper, practical strategies from skilled and experienced practitioners.

And, while that is indeed the case with some trainings, it’s not happening often enough.

Mia Malan
Mia Malan is the founding director and editor of the Bhekisisa Centre for Health Journalism at the Mail & Guardian. She heads up a team of fifteen permanent and freelance staff members. She loves drama, good wine and strong coffee, not necessarily in that order.
Facebook
Twitter
WhatsApp
Linkedin
ReddIt
Email
Print