William and Catherine in Canada for princess debut 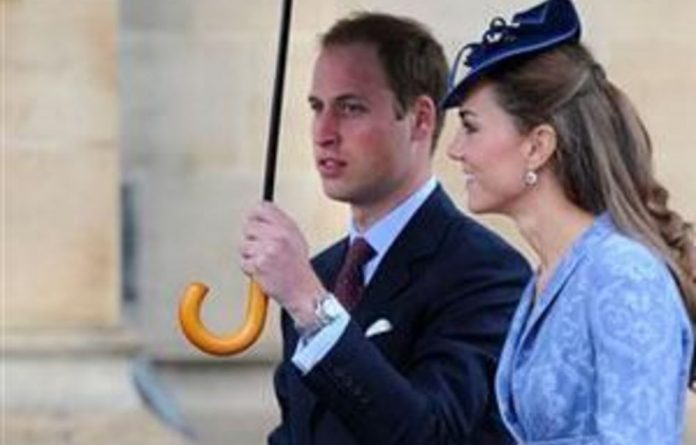 Travelling by landau, frigate and seaplane, Prince William and Catherine’s first official foreign trip will be both casual and action-packed with military displays, a cooking class, aboriginal games and a rodeo.

But it will also mark a first real test for the newest member of Britain’s royal family, a sort of initiation for the duchess of Cambridge, and training for both a future king and queen of England.

The young couple, whose April 29 wedding was watched on television by two billion people around the world, is expected to arrive on Thursday in Ottawa for the start of a nine-day tour of Canada.

Thousands of cameras are expected to follow their every move in the country from June 30 to July 7.

Prince William, second in line of succession to the British throne, already has plenty of experience carrying on royal duties. But his wife, the duchess, is still a rookie in the public eye.

William is scheduled to give at least four speeches during his visit, but Catherine is only to be seen, not heard — in accordance with protocol
.
Modest, the duchess will not be accompanied by a wardrobe assistant on the trip, only a hairdresser, and she will pack nearly 40 gowns for public events, according to British media.

Given the couple’s age — 29 years — the Canadian government tried to organize a schedule that “balances” official events with fun, and of course includes a bit of alone time for the newlyweds, said organisers and their private secretary Jamie Lowther-Pinkerton.

Quebec anti-monarchists have also added their own event to the royal itinerary, calling for protests when the couple stops in Quebec City on July 3.

William and Catherine are very likable, the anti-monarchists said, but are being used by Ottawa to give the world a false impression that Quebec’s separatist movement has faded away and its members now accept being part of a Canadian federation dominated by Anglo-Saxons.

But the protesters are unlikely to succeed in disrupting the trip like they did in Montreal in 2009 when William’s father, Prince Charles, last visited, as security has been stepped up for the upcoming royal visit.

Rather, officials hope Quebecers will join William and Catherine in “having fun,” starting with a celebration of Canada’s national holiday in Ottawa on July 1 with musical guests, and capping their visit with a rodeo in Calgary.

The Canadian military will also be taking part in festivities.

After taking a cooking class in Montreal, William and Catherine will travel aboard a navy frigate to Quebec City, and meet with members of the largest regiment in the Canadian Forces, the francophone Royal 22nd Regiment.

William will also take part in coast guard rescue exercises from a Sea King helicopter, which he trained on during his military service in Britain.

Finally, the couple will travel to Yellowknife in the Northwest Territories for aboriginal sports and traditional dancing, before heading to Calgary for the Stampede rodeo.

Just prior to this last stop in Canada, they are also expected to sneak away on a romantic getaway to a secluded (and undisclosed) location in the Rocky Mountains for a day and night.

After wrapping up their tour to Canada, where Britain’s Queen Elizabeth II is head of state, the couple will travel to California for three days July 8-10 for a visit whose highlight will be a black-tie celebrity reception for British filmmakers in Los Angeles. — AFP