The battle for Cosatu 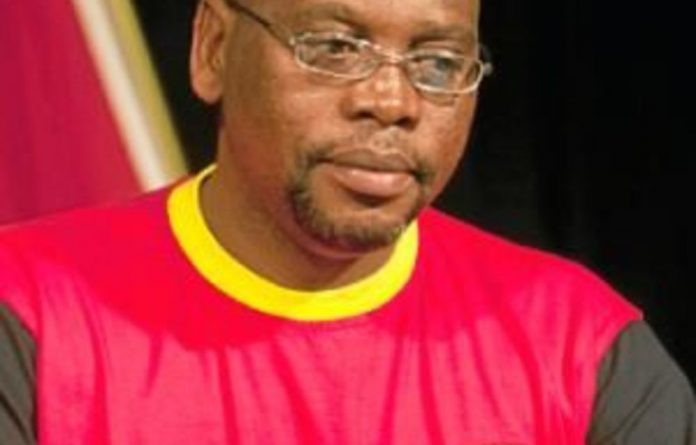 The battle for Cosatu is balanced on a knife edge. This week its central committee postponed key debates as various lobby groups pulled it in different directions. The Blade Nzimande-led South African Communist Party (SACP) tugged it to take a moderate and less critical stance towards government policies and ANC president Jacob Zuma’s leadership.

Pulling on the other side, Cosatu’s general secretary, Zwelinzima Vavi, stood accused of agitating for “regime change” as he went for broke, criticising the government’s new growth path and the planning commission’s diagnostic report.

The debates and divisions on the government’s economic policies were also a proxy war between those who want Cosatu to support the present top six ANC leaders and those who, in tandem with the ANC Youth League, propose to replace ANC secretary general Gwede Mantashe and Zuma with new leaders. The labour federation is deeply divided about whether or not to support the re-election of Zuma as ANC president next year.

We reflect on Cosatu’s central committee gathering this week, which proved to be the federation’s most fraught meeting of the past two years. Take a look at the week in pictures, as we consider the major points of contention.

Cosatu members attending the federation’s central committee gathering, which ended in Midrand on Thursday, agreed not to enter into an open debate on the ANC succession issue. But the Mail & Guardian has learnt that, behind closed doors, Cosatu leaders have expressed sharp differences on the issue.

At the end of the conference, Vavi said: “The central committee did not engage in a potentially divisive ANC leadership debate but did issue a stark warning to the government that if they are to retain popular support they must stop dithering and zig-zagging, pull their socks up and start implementing all the policies of the Polokwane conference and the 2009 elections, particularly in its five priority areas.”

Avoiding tensions
On June 30, the last day of the conference, the federation was forced to postpone a resolution on the national democratic revolution, with Vavi arguing that the draft resolution was badly constructed.

But political observers believe this was a tactic by the Cosatu boss to avoid open tensions between delegates. The fault lines seems to lie between those in Cosatu who would like to see more radical change in the way the government is run and others, like those affiliated to the SACP, who want Cosatu to be less demanding.

The draft resolution also proposed that discussions on the 2012 leadership succession in the ANC, SACP and Cosatu be put on hold. Numerous delegates and leaders of affiliates who spoke to the Mail & Guardian painted a picture of deep divisions across the federation.

They alleged that Nzimande and Cosatu president Sdumo Dlamini are leading a group that supports Zuma’s re-election, whereas Vavi and Irvin Jim, general secretary of the National Union of Metal Workers South Africa (Numsa), lead the group that is allegedly pushing for “regime change”.

The National Education, Health and Allied Workers’ Union (Nehawu), and parts of the National Union of Mineworkers (NUM) and teachers’ union Sadtu support Nzimande’s group. The NUM is divided between Mantashe and Vavi, who both hail from the mining fold. The NUM’s general secretary, Frans Baleni, supports a grouping in the ANC that is pushing for the re-election of Mantashe as the party’s secretary general next year.

But Baleni’s deputy, Oupa Komane, supports Vavi and those who are deeply unhappy with the status quo in the ANC.

Baleni told the M&G: “My observation is that there are people who are frustrated by some things that are not happening. We understand people are frustrated with the slowness in which corruption is handled, but that does not mean we should change the leadership.”

Nationalisation
In Sadtu, divisions also exist because, sources say, president Thobile Ntola prefers a radical Cosatu whereas general secretary Mgwena Maluleke is said to be close to SACP leaders who are deployed in government.

According to a senior alliance leader, Nzimande was pushing hard to convince Cosatu delegates to reject the ANCYL’s campaign for leadership change and policy proposals, particularly on the nationalisation of mines.

According to its secretariat report, Cosatu supports the demands for nationalisation and understands it to mean that the state, acting on behalf of all citizens, will take over companies and their resources and transfer them to the people. This closely reflects the youth league view.

But former communications minister Siphiwe Nyanda told the plenary that those who complained about the “new tendencies” — Nzimande’s codeword for the youth leaders — were implicitly opening the succession debate anyway.

It was decided to refer the debate on the resolution to the central executive committee for a decision, which some say is a victory for Vavi’s group.

“If it is taken to the committee, it will allow Cosatu to discuss this without interference from others like those in the SACP,” an alliance source said.

Senior alliance leaders, who spoke to the M&G on condition of anonymity, believe Vavi’s critical report on Zuma is an indication that he does not want him to be re-elected as ANC president in 2012. It is believed Vavi privately agrees with the youth league position on leadership and policy issues.

“The fact that they don’t want to open the leadership debate now is because they want to see what Zuma does, so they don’t nail their colours to the mast yet. So he has a warning period for the next year and then they’ll decide,” a delegate said.

Those unions still sticking with Zuma intends to use his vulnerability to push the ANC into accepting that the alliance, instead of the party, must be the strategic centre of power.

Several sources who attended the central committee meeting said although a large chunk of the unions — some grudgingly — threw their support behind Zuma for a second term as ANC president, they would hold him ransom by insisting the alliance became the political centre.

Cosatu and the ANC have been in a ping-pong match since 2007 about where the power should lie. The ANC claims power for itself because the ruling party has the direct support of voters, whereas Cosatu feels the alliance should be the centre where decisions get taken, ensuring leftist positions are implemented by the government.

“We think we’ll have to support Zuma but strengthen the institutions outside government to deal with the indecisive leadership we have been subjected to. Our support will, however, have conditions like clear time frames,” a unionist who attended the Cosatu meeting said.

“We want to introduce a debate about the alliance becoming the strategic centre. That way decisions get taken by all of us and we can help where he [Zuma] is indecisive,” the source said.

Another Western Cape delegate told the M&G that having the ANC at the centre of power served the interests of the bourgeoisie and neglected the working class.

Nzimande also argued strongly for Zuma to be retained. “Blade said [Zuma] is a product of us, all his ministers are products of Polokwane, so we would be betraying our own victories if we don’t support him again,” a delegate said.

But not all unions are convinced that supporting Zuma is the best way to go.

Delegates have outlined why certain unions feel Zuma has not served their interests:

Meanwhile, the ANC in Gauteng said the reason it had also called for an open contest is that the party could not afford to be spectators while Cosatu, the SACP and the youth league were allowed to debate and decide who was fit for the ruling party’s leadership. ANC Gauteng spokesperson Nkenke Kekana said the ANC was in shock before the Polokwane conference. “We cannot survive another shock.”