The face of Zimbabwe’s military brass 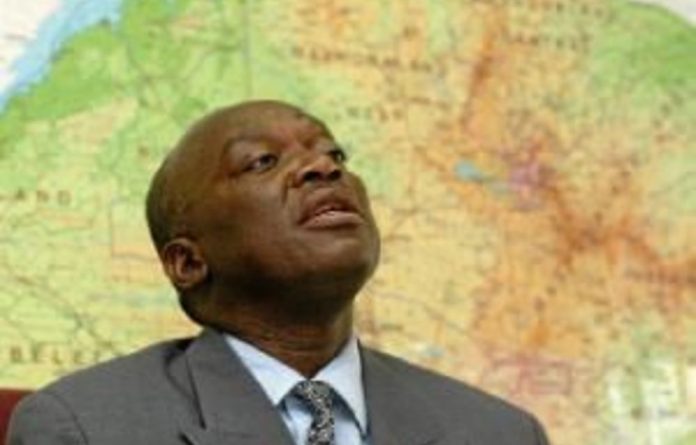 As a result, the unity government has been rattled. Alliances in Zanu-PF have shifted at the likelihood of a military coup d’état and, with elections looming, it has increasingly become evident that the military leaders will not be sidelined. Zimbabwe’s next ruler might have to court it for survival. The Mail & Guardian looks at the five power brokers in Zimbabwe’s military.

Constantine Chiwenga: Army commander, Zimbabwe Defence Forces
Nicknamed “Zim 2” because of his ranking after Mugabe, Chiwenga (56) is the latest in a long list of loyalists touted to succeed the president and hopefully neutralise Zanu-PF’s tense succession race. Chiwenga had previously kept a low profile, but emerged to bulldoze Mugabe into electoral victory in the violent 2008 presidential elections. Like his predecessor, the late Vitalis Zvinavashe, Chiwenga echoed the unwritten law among the military chiefs that they “would never salute anyone without liberation credentials”.

Chiwenga is the chairperson of the Joint Operations Command, a body that includes Zimbabwe’s military, police and intelligence services, but it’s perceived bias in favour of Zanu-PF has led the opposition Movement for Democratic Change (MDC) to label it a “mafia”. Chiwenga’s influence in Zimbabwe’s politics cannot be underestimated. Calls for him to remove his uniform to become a politician by Prime Minister Morgan Tsvangirai may prove less enticing, because as army commander he has a vantage point that makes even the MDC wary.

Augustine Chihuri: Commissioner general, Zimbabwe Republic Police
In the past decade, Chihuri has effectively turned the police into a military wing of Zanu-PF. Its partisan stance has included launching violent crackdowns against opposition figures, beating MDC activists, journalists and civic leaders. Since the formation of the unity government, police have arrested many MDC ministers.

Popular opinion in the country is that Chihuri was also the mastermind of the controversial Operation Murambatsvina in 2005, which sought to destabilise the MDC’s growing urban support base under the pretext of building new houses for the homeless. But the police commissioner’s bias towards Zanu-PF has served to solidify Mugabe’s grip on power, because the police brutality has been a day-to-day reminder to citizens of who is really in charge and calls the shots in government.

Paradzai Zimondi: Commander, Zimbabwe Prisons Service
It is no coincidence that Zimbabwe’s prisons are “hell on Earth”, according to the MDC’s Roy Bennett, who was arrested on treason charges. After all, it is the perfect place to throw dissenters after the police arrest them. Shortages of food and medical healthcare, coupled with deplorable living conditions, have made the country’s prisons a horror.

In Zimondi’s grip, the prisons have become a harbinger of death for opposition opponents. Human Rights Watch has repeatedly condemned the squalid living conditions in the prisons but reform is yet to take place.

Douglas Nyikayaramba: Brigadier general, Zimbabwe Defence Forces
The brash and outspoken Nyikayaramba has not hidden his dislike of either the MDC or Morgan Tsvangirai. As head of Mugabe’s election team in 2002 and blamed for rolling out Mugabe’s 2008 re-election campaign, the brigadier has become a barometer of the temperature within the military camp. Political analyst Eldred Masunungure described him as “an indicator of the desperation within Zanu-PF”.

Nyikayaramba recently revealed that Mugabe would win the upcoming elections, described Tsvangirai as a “national security threat” and scoffed at suggestions that Mugabe should be replaced and a successor appointed.

Perence Shiri: Air marshal, Zimbabwe Air Force
Shiri (56) is Mugabe’s cousin and has been the country’s air marshal supremo since 1992 when he took over from the late Josiah Tungamirai. He is nicknamed “Black Jesus” because of the power he wields in deciding whether an individual lives or dies. As the commander of the North Korean-trained Fifth Brigade army in the 1980s, Shiri was linked to the Gukurahundi massacres in which an estimated 20 000 people were killed.

At the height of Zanu-PF’s land seizures in 2000, he is believed to have orchestrated the invasion of several white farms. He is also an alleged beneficiary of the airlifting of diamonds in the Democratic Republic of Congo during the 1997 conflict. It is widely believed that the country’s most decorated wing man cannot fly.

Shiri’s close family ties to Mugabe, his involvement in the Joint Operations Command and his place on the European Union sanctions list make it most likely that he will seek to maintain the status quo.