The sting in a Scorpion’s tale 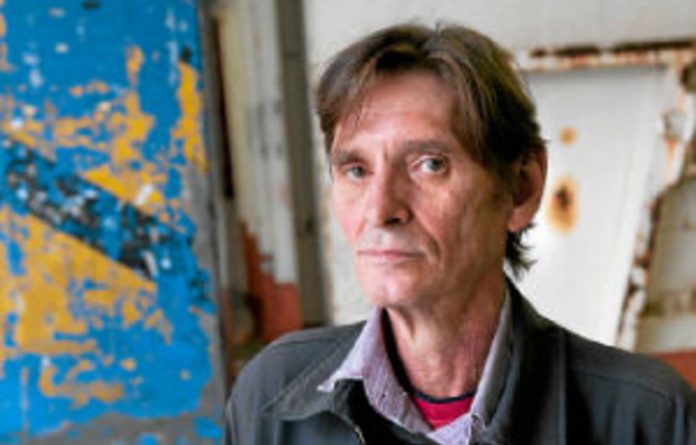 Five months after Blade Nzimande was appointed minister of higher education and training in May 2009 he attended what he would later recall as a “lively and vibrant” rally in Khayelitsha.

Notwithstanding the scope of the campaign the South African Communist Party general secretary was in Cape Town to inaugurate — health, anti-corruption and tenderpreneurship were its three themes — Nzimande used the opportunity to trash Ivor Powell, a former Scorpion’s senior investigator and author of the controversial Browse Mole report. Powell had just been appointed head of investigations at the Independent Newspapers group.

“We are condemned every day by the media as supporters of President Jacob Zuma,” Nzimande said. “But here is a professional information peddler being employed by the biggest newspaper group in this country. We must make it clear that they are employing somebody who is a threat to the security of the state.”

From the time when Powell’s investigation into the possible sources of funding for Zuma’s legal and political campaigns was faxed to Cosatu general secretary Zwelinzima Vavi in May 2007, he became a marked man — state intelligence capacity was deployed to bring him down. By January 2008 this aim was fulfilled. Powell was arrested in the company of crime boss Igshaan Davids in Woodstock. The charges: driving under the influence of alcohol, defeating the ends of justice and resisting arrest. Although later struck from the roll, the entrapment incident left a taint on Powell’s reputation.

The story of how Powell, a Kimberley-born art history and philosophy graduate, arrived at that point is the stuff of South African fiction, a fast-paced novel titled, perhaps, Disgrace 2: The Madness Continues.

But fiction has its limitations. So, some basic truths to start. After completing matric in 1972, Powell moved to Cape Town (via Bloemfontein and nine months compulsory military service). He pursued an “undistinguished” BA in English at the University of Cape Town. In 1977, he moved to Jo’burg, completing his BA honours at Wits University in 1981.

It was while tutoring at Wits that he met painter Robert Hodgins, then still a lecturer in the fine art department. Hodgins, a sardonic personality whose paintings satirise the bloated ambitions of men in power, is a key figure in Powell’s unwritten biography.

“It was a great friendship for me,” said Powell, who preferred to be interviewed by email despite us both living in Cape Town. “We grew really close, first in the course, then even more so when I was teaching there and at Unisa, and afterwards working as a journalist.”

Underground art scene
Lecturing job aside, Powell spent much of the early 1980s involved in Johannesburg’s febrile underground art scene. He was a key member of the Dada-inspired collective, Possession Arts, a loose affiliation of artists, writers, playwrights and mavericks that included John Nankin, Matthew Krouse (who has been the arts editor of the Mail & Guardian since 1999) and Mark Solms, who is now an accomplished neuropsychoanalyst.

In 1985, he started writing arts journalism for the newly launched Weekly Mail, contributing an art review to the very first edition of the newspaper. “It was about an exhibition of women’s art, of all things,” Powell said.

He soon joined the paper full-time, jobbing as a sort of cultural factotum. Powell interviewed actresses and reviewed films. He went to exhibitions by Wayne Barker and Alf Kumalo. He even travelled to Sun City to review the “meat-and-three-veg voyeurism” offered by an all-male dance revue.

“Ivor’s art criticism was the first item I read when I bought the paper,” said Michael Godby, a history of art professor at UCT. “I invariably found his writing intelligent, creative and insightful.”

Quality arts coverage was a crucial element of the Weekly Mail, said Anton Harber, one of the founding editors of the newspaper. “Just as we covered the politics and unrest that few others were covering, we saw our role as covering the emerging, semi-underground culture that was a part of the uprising of that period.”

Dynamic as the scene was, it was a limiting beat. Powell soon began to push Harber to do “other, more political, more analytical stories”, which was how, Harber said, he “slowly morphed into a more general, and then an investigative, reporter”.

Powell excelled at the latter. In 1989, the Weekly Mail broke the story of state-sanctioned death squads. He had interviewed Almond Nofemela, a death-row prisoner who confessed to working under security police commander Dirk Coetzee at Vlakplaas.

“I got the story from a friend who, by hook or by crook, had access to some legal papers,” said Powell. “I got the story pretty much fully cooked, [I]just needed to write it.”
The early 1990s was a period of flux for Powell. In April 1991, while working at The Star, he and fellow journalist Charles Leonard had their work materials seized by the police. They were investigating Nico Basson, a major in the old South African military who later admitted to supplying weapons and covert assistance to the Inkatha Freedom Party in a bid to counter the ANC.

‘Ongoing dilemmas’
Powell later joined the Vrye Weekblad where he served as an assistant political editor. His description of William Burroughs in an April 1992 book review for the bilingual paper now reads as oddly prescient. When last I saw Powell, in December 2010, he was sitting in a Volvo outside his child’s primary school in Vredehoek, Cape Town. Like Burroughs, his features were “furrowed, hatched and cross-hatched into a topographical map of hyper-experience”. At the time he wrote that line, though, it was a different story — a gay friend told me he was so good-looking that “even us lesbians wanted to fuck him”.

A short-lived column in Vrye Weekblad later provided the title for a new arts magazine that Powell edited. Launched in September 1994, Ventilator lasted just one issue. His opening editorial bears quoting, largely because it is a vivid statement of ongoing dilemmas.

“Our society is shadowed at every point with gloomy authoritarianism,” it reads. “It is wildly skewed with inequity and disadvantage — Our collective mindset is fearful, antagonistic and parochial.”

Ventilator‘s failure saw Powell increasingly plough a singular furrow, news journalism, and occasionally penning the odd piece of fugitive criticism. Reading through this scattered archive one senses that his day-to-day engagement with “the distorting discourses of power” (Ventilator editorial) productively fed his thinking on matters cultural. But the real, a recurring point of digression in his cultural criticism, soon faced its greatest test when he immersed himself in the realpolitik of a country still becoming.

In 2001, then-president Thabo Mbeki optimistically signed into existence the Directorate of Special Operations, a multidisciplinary agency that functioned under the umbrella of the National Prosecuting Authority. Its task: to investigate and prosecute organised crime and corruption. Powell, by then a seasoned investigative journalist, joined the team. He soon courted controversy.

In January 2004, the same year he won a prestigious national journalism award for a review of artist Ed Young’s prank involving the sale of his favourite barman, Moe Shaik told retired Judge Joos Hefer, chairman of a commission investigating claims that Bulelani Ngcuka (the director of public prosecutions and Zuma’s accuser of corruption in 2001) was an apartheid spy, that several Scorpions (including Powell) would be arrested in connection with a plot to kill Mbeki.

Powell is a well-known figure to the Shaik family. In 2000, he reported in this paper how Shamin “Chippy” Shaik had close relations in a company mandated to provide South African partners for the arms deal — his name is mentioned in records of meetings with Yunis Shaik from 2003.

Powell has been labelled many things. Tellingly, though, hacks and politicos have shunned calling him an art critic. For his part, Powell is uncomfortable with the title too.

“Back to the United States and Europe, it is, I think, perfectly possible there to carve out a career and a sense of purpose from the business and the assumption of the role of critic,” Powell said. “Here, frankly, I think it is absurd.”

Yet he continues to write penetrating criticism. A freelance engagement, an essay on documentary photographer Ernest Cole, offers a refracted insight into Powell. An elliptical prose stylist, a writer not so much cautious about offering an opinion as curious to explore its multifaceted attributes, Powell begins this essay, published in Cole’s posthumous 2010 monograph, by focusing on “the ingenuity, the resourcefulness, the sheer bloody-mindedness displayed by the young Cole in bucking the system”.

Cole had his racial classification changed from black to coloured, this at a time when upgrades were rare, downgrades the norm.

“Cole effectively had to engage in systematic deception to go undercover,” writes Powell. “In order to be the self he perceived himself to be, he became or presented himself as being what he was not.”

At this point Powell is merely narrating someone else’s biography. His tone is admiring. Then he suddenly shifts the emphasis.

“The unfettered power of the police in what was essentially a police state gave rise to a security culture where torture, bribery and intimidation were the order of the day. As a democrat or activist, you simply could not trust anybody, and in such a climate both journalism in general and documentary photography in particular came to be pursued essentially as guerrilla activities.”

Note carefully what is happening here — the relationship Powell’s sentence construction infers between democrat and activist, journalist and photographer, and, by implication, between Cole and Powell. Published a few months after Nzimande’s trashing, it is a subtle riposte.

Not that Powell is willing to discuss Nzimande’s remark, or indeed any of the details about his wilderness years as a spook. So I address my final question to Harber. What, if any, lessons can young investigative journalists learn by looking at the career and writing of Powell?

“The positive lesson from Ivor’s career is that the most important quality in investigative journalism is persistence and patience. Good stories take slow, hard work. The negative lesson is that the sensibilities of journalists and detectives are different and you have to decide which of them you are. To move from one to another is difficult, and I think Ivor learnt that.

“At heart, he has the independent, maverick, trouble-making soul of a journalist, and that is where he belongs.”

?Is Nathi Mthethwa the right man for the job?

Through the lens: Exploring land and photography in SA

Egoli lights up the city of love

The evolution of African pulp fiction