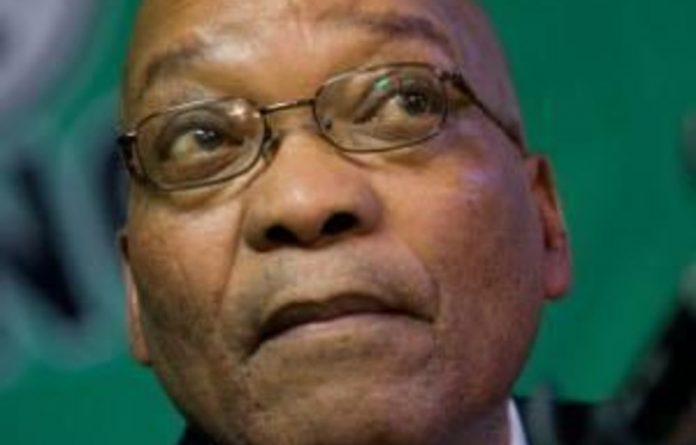 President Jacob Zuma’s announcement of a “new trajectory for land reform in South Africa” at trade union federation Cosatu’s central committee in Midrand this week is nothing new, according to trade unionists and non-governmental organisations working in the land sector.

They doubt the authenticity of his remarks on land reform, with some commentators describing them as reactionary, defensive and sidestepping the important issue of security of tenure. They say his remarks amounted to recycling the anticipated green paper on land reform, versions of which have been in circulation since 2010.

A pivotal point in Zuma’s speech was the announcement that a three-tier land-tenure system was among the key proposals in the green paper, expected to be sent to Cabinet for consideration this month.

In the first tier, state and public land will be available on a leasehold basis. In the second, other land will be available on a freehold basis, with limitations or ceilings on how much land a person or body may own. In the third, policy will provide for precarious tenure for non-South Africans, meaning that the land could revert to the state should they not meet certain obligations.

Cosatu spokesperson Patrick Craven said that although there was some agreement that legislation was not working and that alternatives were needed, there was apparent indecisiveness and lack of detail on the part of government, making it difficult to comment on Zuma’s announcement.

The Democratic Left Front’s Mazibuko Jara, who was present at the meeting, said Zuma’s remarks failed to address the issue of security of tenure for the estimated 22-million people living in the former homelands. “There needs to be a communal land rights Act which will address land tenure,” Jara said. “We hope the green paper can speak adequately on that because, so far, Zuma’s statements were inadequate.”

The proposed introduction of an office of valuer general was an important step, said Jara, but he felt Zuma should have addressed the issues of greater resources for smaller, emergent farmers.

“It won’t help if we have the same farmers in this agricultural system, which has been deregulated. Small farmers should be given access to markets and should be supported because they could be wiped out somewhere along the value chain.”

Phillemon Talane, a livelihoods manager at Nkuzi Development Association, a land-reform NGO working in Gauteng and Limpopo, said that the president’s response was reactionary, considering the lapse of time since the Communal Land Rights Act of 2004 was declared invalid and unconstitutional by the Constitutional Court on May 11 2010.

“We expected government to come up with progressive legislation that would ensure tenure security for people living in communal areas and, furthermore, to improve the Extension of Security of Tenure Act of 1997 (Esta) to protect farm-dwellers from arbitrary eviction. It has always been our view that Esta does not stop evictions, but assists in making them more humane. President Zuma just wants to cover the lost moral ground as far as the land question is concerned. This is purely political expediency.”

Talane said the absence of a comprehensive national land audit, which would give a clear picture of who owns what, made it difficult to plan policy for public land. “We have witnessed through the land-reform programme that the restitution claims that were settled quickly were the ones on private as opposed to public land. Did we create reform so that government can be a landholder, or the people?”

Thabo Manyathi, of the KwaZulu-Natal-based land rights NGO Association for Rural Advancement, said that although land-ownership ceilings could reverse the concentration of land from the few to the majority, there was little evidence of the political will needed for that to happen.

He said there had been a proper recording of land ownership, but the Land Management Commission (proposed by the green paper) would take care of it.