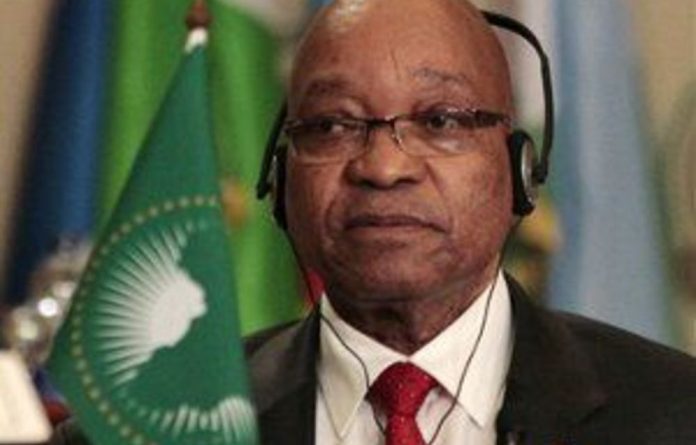 US Secretary of State Hillary Clinton stepped up Western calls on Libyan leader Muammar Gaddafi to quit, brushing off his threat to attack Europeans in their homes and offices.

“Instead of issuing threats, Gaddafi should put the well-being and the interests of his own people first and he should step down from power and help facilitate a democratic transition,” Clinton told reporters on a trip to Spain.

In an address relayed to 100 000 supporters in Tripoli’s Green Square on Friday, Gaddafi urged Nato to halt its bombing campaign or risk seeing Libyan fighters descend on Europe “like a swarm of locusts or bees”.

“Retreat, you have no chance of beating this brave people,” Gaddafi said.

“They can attack your homes, your offices and your families, which will become military targets just as you have transformed our offices, headquarters, houses and children into what you regard as legitimate military targets,” he said.

Nato announced it had stepped up strikes on Gaddafi forces in west Libya including the capital Tripoli, saying it had carried out more than 50 attacks since Monday.

“Spain’s and the international coalition’s response is to maintain the unity and determination with which we have been working these past months,” she said.

Libyan rebels who had advanced to within 80km of the capital were stopped in their tracks on Friday by a barrage of rocket fire from government forces, underlining the dogged resistance of Gaddafi troops to a five-month revolt.

“[It] was obviously a strategic withdrawal because of the battlefield situation and the amount of bombardment that the revolutionary forces were receiving,” said rebel spokesperson Ahmed Bani. “But we hope to counter that within the next 48 hours.”

In Tripoli, a senior source in Gaddafi’s government said there was reliable intelligence indicating the rebels were planning to attack oil export terminals in the eastern towns of Brega and Ras Lanuf.

“The Libyan government will do whatever [possible] to prevent such attacks,” the source, who did not want to be identified, told Reuters.

“It urges international oil companies as well as international insurance companies to put pressure on their governments to force the rebels, who are supported by Nato, to stop their destructive operations,”

Helicopter attacks
Coalition military officials refuse to characterise the situation on the ground as a stalemate after a 104-day bombing campaign that has strained alliance firepower and tested unity, with internal divisions over strategy surfacing.

Analysts say part of Nato’s strategy is to use the attacks to hinder efforts by authorities to put down any future uprising in Tripoli.

A document seen by Reuters showed African Union leaders had agreed on Friday that member states would not execute the arrest warrant for Gaddafi, leaving open the possibility that he could go into exile in one of the African Union’s 53 nations.

The grouping also offered to host talks on a ceasefire and a transition to democratic government, but did not call on Gaddafi to step down and left open whether he had a future role.

Mansour Sayf al Nasr, the rebels’ representative in France, told reporters at the summit in Equatorial Guinea: “We understood that the spirit of the document is that Gaddafi will not have a role to play in the future of Libya.”

Abdel-Hafiz Ghoga, vice-president of the Benghazi-based rebel council, told Reuters: “We reject the African Union proposal because it includes nothing concerning our demands. We are only demanding one thing: Gaddafi’s resignation … We can gain freedom and democracy only if Gaddafi steps down.

“I think we can obtain freedom only through military operations and we will be able to do this.”

In Tripoli, government spokesperson Moussa Ibrahim did not comment on whether any AU-hosted negotiations should start on the assumption that Gaddafi would step down, saying only: “We have been saying for months that we will have talks with all parties.” – Reuters