‘Madagascar should allow Ravalomanana back’ 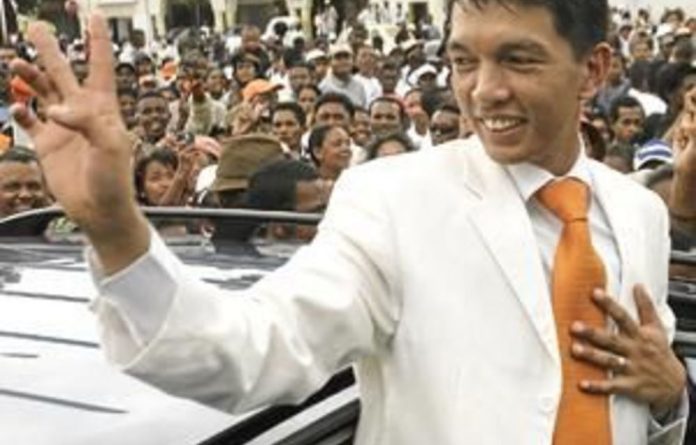 Ravalomanana was ousted by Andry Rajoelina in March 2009 in an army-backed coup and his attempts to return to the country have been a stumbling block in recent negotiations to resolve the standoff.

Rajoelina is opposed to Ravalomanana’s return.

The ousted president attempted to fly back home with his family in February, but officials at a Johannesburg airport would not let him check in, saying they had received a letter from aviation authorities in Antananarivo indicating Ravalomanana and his group were “not welcome” in Madagascar.

In June he said he was still determined to return home.

Chissano spoke after a meeting between officials of the SADC and the African Union (AU) Peace and Security Council in Addis Ababa on a plan to steer Madagascar towards elections aimed at ending the political deadlock.

The parties did not reach any resolution, and the African Union’s Peace and Security Council director El-Ghassim Wane said that an agreement would be finalised in the coming weeks.

The SADC will not dictate
The SADC endorsed the roadmap in June, but Ravalomanana and two former presidents refused to sign off on the deal owing to disagreements over the deposed leader’s plans to return home.

“The current president is not in favour of that,” AU Peace and Security Commissioner Ramtane Lamamra said, referring to Ravalomanana’s return.

Ravalomanana faces life in prison in Madagascar after being sentenced in absentia for the killing of demonstrators by his presidential guard during the protests that led to his overthrow.

A Madagascar embassy official in Kenya said that his country reserves the right to reject the document.

“It is not going to be dictated by the SADC,” said Aebl Rakotomalala, the honorary consul.

The roadmap would also make strongman Andry Rajoelina president of a transitional government tasked with steering the country to new elections.

The SADC has previously been unable to convince Rajoelina, who took power with the army’s backing, to sign power-sharing deals reached in August 2009.

Rajoelina’s own initiatives to end the crisis have been unsuccessful and he has failed to secure domestic and international support.

Its international isolation since the 2009 coup has devastated Madagascar’s economy. The country lost €600-million a year of European Union aid and growth shrank to 2% in 2010 from 7.1% in 2008. — AFP