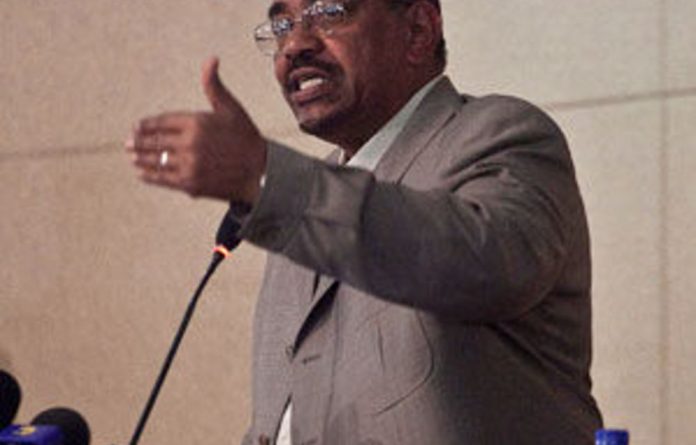 North Sudan’s President Omar al-Bashir on Thursday said he would take no part in foreign peace talks after the south of the country secedes at the weekend.

He said, however, that he would travel to South Sudan when it becomes independent on Saturday and that he sought friendly relations with the former civil war foe.

Sudan’s oil-producing south is due to declare independence on Saturday — a split that was voted for in a referendum promised in a 2005 north-south peace deal.

“I will travel to [the southern capital] Juba in two days to congratulate them on their new state and wish them security and stability,” al-Bashir said in a televised speech in the central White Nile state.

He said he was seeking friendly relations with the south, but both countries should not interfere in their internal affairs.

“We gave them a complete state with oil. All they need to do is to switch on the engine,” he said.

Al-Bashir warned the north would hold no more foreign talks on solving internal conflicts such as violence in the northern border state of South Kordofan where the army is fighting armed groups allied to the south.

Leaders of north and south had agreed on Monday in Ethiopia to continue talks on a series of issues both sides need yet to solve, such as ending tensions in South Kordofan.

“After the betrayal in South Kordofan they come and want to hold talks … But we will not hold any talks in Addis Ababa or elsewhere with those who take up arms,” he said.

North Sudan would not sign any more international agreements after it wrapped up a peace accord due later in July with a small group in the western region of Darfur, the scene of an insurgency, he added. Among other pressing issues, the north and south need to agree on how to divide oil revenues — the lifeblood for both economies — and other assets and debt. — Reuters