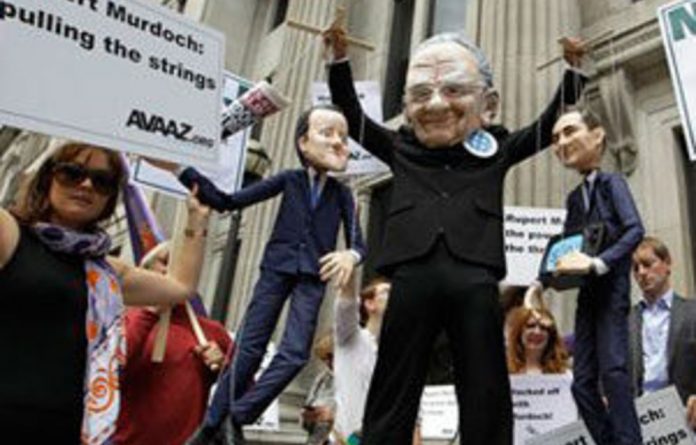 In a sinister new twist to the phone-hacking scandal in the United Kingdom, Scotland Yard is investigating claims that the families of members of the armed forces killed in Afghanistan and Iraq were targeted by a private investigator who worked for the News of the World newspaper.

The revelation is likely to appall the British public further, which has already reacted with horror to news that the paper intercepted voicemails left on a phone belonging to murdered schoolgirl Milly Dowler and targeted the phones of the families of victims of the July 7 2005 bomb attacks on the London Underground.

MPH Solicitors, whose clients include Samantha Roberts, the widow of Sergeant Steven Roberts of the 2nd Royal Tank Regiment, said it had been contacted on Wednesday by a newspaper and told that Roberts’s phone, and the cellphone of Geraldine McCool, her lawyer, might have been hacked.

McCool said there was no evidence to show that confidential information was obtained by hacking.

She said: “While this developing story continues to shock and concern, I confirm that I have never seen a news article that gave rise to concern that information had been obtained through illegal phone hacking.

“I sincerely hope that any future revelations do not involve our clients and that full disclosure of the extent of this diabolical practice is made.”

Steven Roberts, from Shipley in West Yorkshire, was accidentally shot dead by one of his own men when British troops opened fire during a riot near Basra, just three days into the war.

Said McCool: “Solicitors are cautious when leaving messages due to client confidentiality and my military clients and their families come from a background that works on a need-to-know basis.”

News of the World‘s owner, Rupert Murdoch’s News International, said it was contacting the ministry of defence to verify the claims. It said it would be “absolutely appalled and horrified” if they were true.

A defence ministry spokesperson said: “This is a matter for the metropolitan police who are investigating these allegations. It would be inappropriate for us to comment whilst this investigation is ongoing.”

Mercer, a former infantry officer and journalist, told the BBC that the revelations would add to the trauma of the families of dead armed-forces members.

He said: “The idea that the death of their son is going to be the subject of a sordid investigation by journalists who are, at the end of the day, hoping to make monetary profit out of it, is deeply unpalatable and will only add to the grief.”

Meanwhile, British Prime Minister David Cameron has bowed to pressure to hold a public inquiry into the “absolutely disgusting” allegations of phone hacking by journalists at the News of the World and into the original police investigation of the scandal.

Cameron responded to the outrage provoked by the phone-hacking crisis at the Sunday tabloid after it emerged that Scotland Yard had started to contact the relatives of the victims of the July 7 terrorist attacks in London to warn them they had also been targeted by the paper.

Pressed by opposition Labour leader Ed Miliband to conduct a full public inquiry, he said he was appalled by the revelations and agreed it was important that inquiries were conducted that were public, independent and had public confidence.

Cameron also signalled that Murdoch’s News Corporation’s controversial takeover of the British satellite broadcaster, BSkyB, would be allowed to go ahead. He rejected Miliband’s call for the matter to be referred to the Competition Commission, which he suggested would be illegal.

Miliband told Cameron he had made a “catastrophic error of judgment” when he hired the former editor of the newspaper, Andy Coulson, as his director of communications, a post Coulson quit in January this year.

In a dramatic prime minister’s question time dominated by the hacking scandal, Miliband also accused Cameron of being out of touch with public opinion on the issue of BSkyB and of a “failure of leadership” in the biggest press scandal of modern times.

Cameron told the House of Commons that the inquiries could not be started immediately because of the police investigation currently taking place, though he conceded it “may be possible to start some of the work earlier”.

“We do need to have an inquiry, possibly inquiries, into what has happened,” Cameron said. “We are no longer talking here about politicians and celebrities, we are talking about murder victims, potentially terrorist victims, having their phones hacked.

“It is absolutely disgusting what has taken place and I think everyone in this House and indeed this country will be revolted by what they have heard and what they have seen on their television screens.”

He said there were two vital areas that needed to be considered: why the original police inquiry had failed to get to the bottom of what happened and the behaviour, practices and ethics of journalists and media organisations. Cameron said it was important that lessons should be learnt from “what has become a disgraceful episode”.

The Labour leader called on Cameron to appoint a senior figure, possibly a judge, to lead the inquiry, which he said should have the power to call witnesses under oath.

Miliband said that the investigation should cover “the culture and practices of the industry, the nature of regulation … and also the relationship between the police and the media”.

The ramifications of the scandal continued to be felt by the News of the World through other channels — Halifax bank and Virgin Holidays cancelled adverts that were due to run in this Sunday’s paper. Ford also said on Tuesday this week that it was suspending its advertising in the paper. Other companies, including the UK’s biggest advertiser, Procter & Gamble, have said they are reviewing their positions amid an online campaign urging firms to withdraw their advertising.

News International issued a statement welcoming MPs’ calls for a wide-ranging public inquiry into standards in the media industry to address public concerns, and broadcasting regulator Ofcom said it was monitoring the situation “and, in particular, the investigations by relevant authorities into the alleged unlawful activities”.

It said: “In the light of the public debate about phone hacking and other allegations, Ofcom confirms that it has a duty to be satisfied on an ongoing basis that the holder of a broadcasting licence is fit and proper.” —