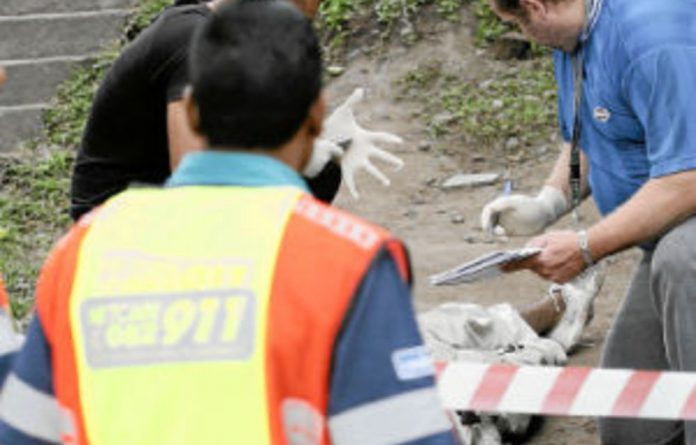 This week’s deadly force by police in Durban that left six criminals dead has reignited concern about the alarming levels of police violence in KwaZulu-Natal.

Police shot dead all but one member of an alleged crime syndicate operating in and around Durban. Six of the seven men who were allegedly attempting to rob a farm in Eston, near Richmond, last Sunday died in a shoot-out. The seventh was shot and injured in the leg while allegedly trying to escape.

National Police Commissioner Bheki Cele and KwaZulu-Natal MEC for safety and security Willies Mchunu lauded the SAPS’ efforts, but Independent Complaints Directorate (ICD) figures show that the province has the worst record of police violence in the country.

“We appreciate the SAPS’s swift action, which saved innocent lives that night, but we also wish to be convinced that they had no other option but to shoot to kill,” KwaZulu-Natal Democratic Alliance leader and the spokesperson on safety and security, Sizwe Mchunu, told the Mail & Guardian.

“Ever since [Cele’s] shoot-to-kill statement, there seems to be a consistent increase in the number of people who’ve died at the hands of police. We’ve observed that police are reverting to killing instead of using legitimate force to apprehend suspects,” Mchunu said.

During 2009-2010, the directorate received 860 complaints related to deaths in police custody or as a result of police action. Although the number of death-related complaints was 6% less than the previous year, the province recorded the highest increase — 31% — in reported deaths in the country. There were 210 cases of death by police action in the province in 2009-2010, compared with 132 cases in Gauteng and just eight cases in the Northern Cape. The SAPS has no explanation for the high rate of police violence in KwaZulu-Natal.

SAPS spokesperson Vishnu Naidoo told the M&G: “Each case must be treated on its own merits. When a police officer is approached in a violent or potentially violent manner, he or she has to act accordingly.”

Independent KwaZulu-Natal violence monitor Mary de Haas and Centre for the Study of Violence and Reconciliation researcher David Bruce both said that SAPS management must be held accountable for the ongoing police violence.

“The key issue is the permissive management environment in the SAPS. Messages sent out by certain officials are encouraging the use of excessive force, which management neglects to address,” said Bruce.

Killings of police were also at high levels, but shouldn’t be treated as a separate issue, he said. “There needs to be a professional orientation towards respectful policing. This has multiple benefits as it will improve police safety and reduce killings of innocent people.”

De Haas and the Mchunu claimed that the ICD was “toothless” when it came to tackling police violence. But ICD spokesperson Moses Dlamini refuted this, saying: “Most of the ICD’s investigations have resulted in arrests and are either in the courts or awaiting decision by the director of public prosecutions. Where is the toothlessness in that? The ICD’s mandate is not to prevent police violence; it is to conduct independent investigation.”

“We need a body of properly trained investigators and forensic experts who report to an independent body, not the minister of police,” said De Haas.

Because of new legislation passed in June, the ICD will become known as the Independent Police Investigative Directorate and will have more legal clout. Police officers who fail to report an incident will be liable for a fine or imprisonment, and management will be required to act on and respond to the directorate’s disciplinary recommendations.