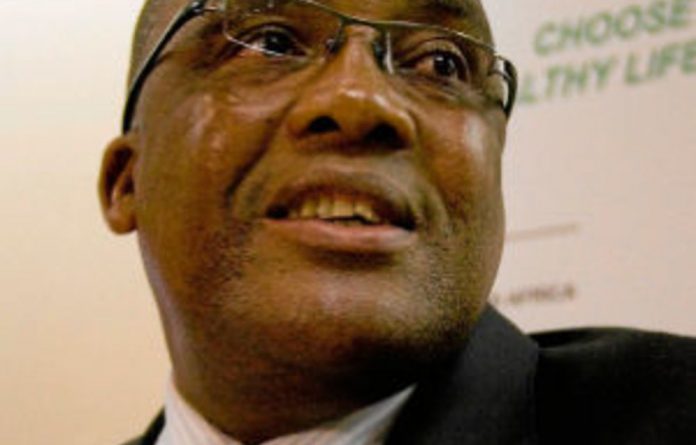 Members of the Health Professions Council of South Africa have accused Health Minister Aaron Motsoaledi of hijacking the process for appointing a new registrar and of trying to foist a political appointee on the council who will “dance to his tune” and help him to “monopolise” healthcare in the country.

The council regulates the health professions, ensuring that health workers are legally registered, properly trained and practise in a professional, ethical manner. It also regulates the maximum fees that doctors may charge.

Council members, who asked not to be named, complained that by interfering in the council, Motsoaledi intended to “unilaterally prescribe” fee levels to the private sector.

Some claimed the minister wanted to strip the council of its watchdog powers. Said one: “He wants to reduce the council to an organ of the health department which he can control and manipulate as he wishes.”

Last week Motsoaledi called for prices charged by private health organisations to be regulated and for a forum to negotiate them. He accused the private healthcare industry of being “predatory”.

The immediate flashpoint is Motsoaledi’s alleged rejection on Tuesday this week of the council’s preferred candidate for the registrar’s job, advocate Tshepo Boikanyo, and announcement that he would reopen the application process.

Council members said a letter was sent to Motsoaledi in March reflecting an agreement that the council would be responsible for interviewing and testing candidates. Thereafter, it had been agreed, the council would identify a preferred candidate and forward the name to Motsoaledi. Legislation requires Motsoaledi to sign off on the appointment of a registrar, but is explicit that he and the council must consult before the position is finalised.

Reopening applications
A council member claimed that, in this case, there had been no consultation. “The minister came to our strategy meeting this week and failed to explain his action. He just said he didn’t want to expand on his decision to reopen applications.”

Departmental spokesperson Fidel Hadebe confirmed the Tuesday meeting, but said he was surprised that council members had not raised their concerns there.

“That a person has been recommended by a panel does not in any way suggest that the minister must endorse or rubber-stamp it,” Hadebe said. Hadebe maintained that Motsoaledi’s rejection of Boikanyo was “for good reason”, although he did not provide details. He denied that the minister intended making a political appointment.

“This is a baseless accusation,” he said. “The minister has every right to apply his mind to any appointment in line with his responsibilities towards statutory bodies. There’s nothing unusual there.”

On the charge that director general Matsoso had promised the registrar’s position to a friend, Hadebe said: “Those making such allegations must produce evidence. It’s a serious allegation and cannot go unchallenged.”

In another development, some council members are demanding the resignation of their president, Sam Mokgokong, on the grounds that he is “in cahoots” with Motsoaledi and failed to act against a council member being investigated by the Hawks.

Nandi Madiba is being probed for allegedly continuing payments to a Northern Cape firm after a court interdict prohibited her from doing so. The cash transfers allegedly took place when she was chief finance officer at the Sol Plaatje municipality in Kimberley.

She also faces four counts of misconduct allegedly committed when she was a manager at the South African Revenue Service. It is alleged Madiba used the scanned signature of a human resources colleague on an appointment letter to fill a senior position.

Attempts to trace Madiba for comment failed this week.

Mokgokong had not responded to requests for an interview by the time of going to press.

In a previous version of this article, it was reported that Nandi Madiba was recently appointed a partner in the ANC’s Progressive Business Forum. The forum pointed out that Madiba’s company is not a participating company. We regret the error.