Nice work, shame about the lack of insight and risk 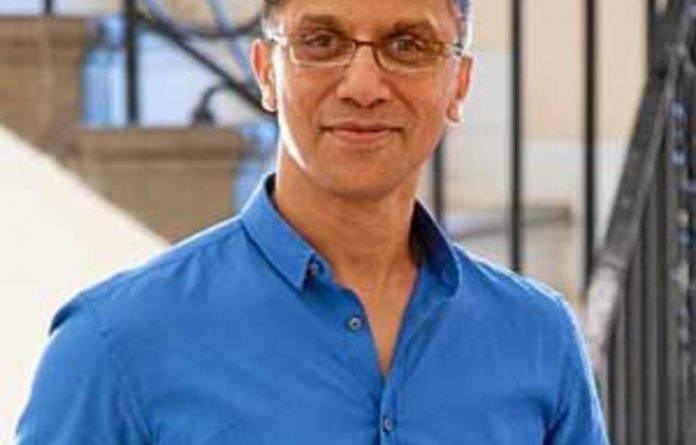 “I am finding work of good substance and quality, but it is interesting that there appears a lot less risk-taking, less work on the edge or jumping off the edge with an idiosyncratic, singular vision that would keep us [as audiences and a country] moving forward. The [National Arts Festival] committee is mindful of that,” says its chairperson, Jay Pather.

It is Wednesday morning and Pather, in his first year at the helm of the committee, is looking remarkably fresh and calm amid the relentlessness of the festival. He believes the 2011 edition of the National Arts Festival has a “good programme” but he is frank about its shortcomings.

Mindful of how the arts sharpen our sense of the present and understanding of the past, Pather says a significant trend emerging from this year’s festival has been a “preoccupation with the reconciliation project”.

“It has come from a variety of different places but, perhaps because this is the first phase or wave of it, it is lacking in a certain criticality,” Pather says, adding that he senses that “artists want to reconcile quickly”.

He hazards a few guesses about why this is: “conflict fatigue” perhaps, or, in a recessionary time, concern about reaching out to audiences.

Our conversation moves to the country’s “unstable funding scenario, where there is money, but no coherence around arts funding”.

We soon return to the “need for a great deal of introspection by artists”. Pather says: “I can only guess that it is our lack of really coming to terms with the paradoxes of the reconciliation project at this time and how we shift our form and challenge our audiences in a way that really leaves us devastated and deeply moved. The skill and substance is in place; what is missing are the moments of insight that really catapult us into a consideration of issues that we would not normally ­confront.”

I suggest that the dissonant dialogue, especially in the political sphere, has resulted in South Africans moving consciously into narrow reactionary laagers where, as Denis Beckett suggested in an Think!Fest talk earlier in the week, “we just psychoanalyse [ANC Youth League president] Julius Malema from a distance”.

“We are very good at othering. We other Malema, we other the street kids with their hands out on the streets outside. We are constantly swathing ourselves in think duvets of filtering and othering,” says Pather.

We discuss Benchmark, a simple, beautiful physical-theatre piece dealing with xenophobia, that is unfortunately marred by white paternalism in its reductionist approach to portraying poor blacks and rich whites.

Singular voices, singular interpretations
In response, Pather bemoans the diminishing amount of collaboration “across experience and race that brings an understanding to how these subjectivities operate. Paternalism comes from a space of singular voices so you get singular interpretations. Some of South Africa’s greatest works, Sizwe Bansi Is Dead, Woza Albert, they all came out of ­collaboration.”

Pather says that, judging by the submissions already received for next year’s event, the trend away from cross-cultural collaboration is likely to continue.

“There is great potential and skill, but a safety in aesthetics too,” Pather says. He hints that the job of the serious artist would be to “resensitise our eyes and what is going on in our minds rather than doing beautiful dance moves”.

He hopes more artists will take greater risks when submitting proposals for next year’s festival.