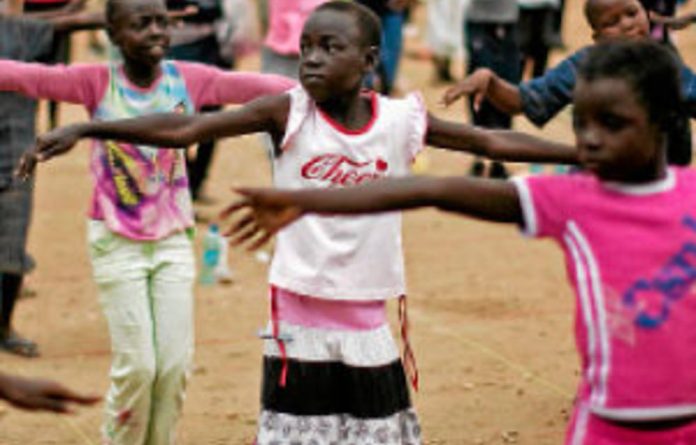 ‘Yes We Did” crows a T-shirt that is popular in Juba at the moment. It stands in stark contrast to a non-governmental organisation (NGO) panel that believes Sudan is on the brink of war.

The differences in outlook are most sharply defined when it comes to assessing whether current border conflicts could trigger a full-scale war.

The Sudanese Armed Forces (SAF) seized Abyei in South Sudan in May this year after a Sudan People’s Liberation Army (SPLA) attack on an SAF convoy that was being escorted out of the Abyei area. Violence also broke out in South Kordofan in the same month following disputed election results — the Sudan People’s Liberation Movement’s (SPLM’s) northern Sudan chapter claims their man won. Although South Kordofan is a province of North Sudan, many of its communities supported the SPLA during the war.

Juba’s standard answer is that Khartoum, by reacting so violently to unrest perceived to be the indirect work of the SPLA, is trying to bait the government of South Sudan and disrupt independence-day proceedings.

“After 20 years of civil war, don’t you think we have better things to do?” asks Mou Ambrose, a well-known South Sudanese intellectual and businessman.

Peter Bior, the spokesperson for South Sudan, said that his government would pursue only political options to deal with Khartoum’s incursion into Abyei.

“We have the goodwill of the world with us, neutral Ethiopian peacekeepers are on the ground and North Sudan, in any event, has the possibility of its own ‘Arab Spring’ revolution to worry about. That is what these border issues are really about — Khartoum demonstrating power to unruly provinces to prevent a revolution in North Sudan,” he said.

Gabriel Setlhoke, South Africa’s consul general in Juba, said that North Sudan President Omar al-Bashir “also has an International Criminal Court warrant to worry about — and now the possibility of having the aerial bombing of South Kordofan added to the charge sheet”.

But NGO leaders expressed concern that the conclusion of the United Nations Mission Sudan (Unmis) on Saturday July 9, independence day, would leave a monitoring vacuum. “The sheer scale of what’s going on is really unknown and unverified,” Jehanne Henry of Human Rights Watch said.

“Irreconcilable differences over their approaches to land administration were the root cause of war between the government of Sudan and the South. Khartoum is ‘statist’ in its approach whereas here in the South we Nilotics are communitarian,” Ambrose said. The government of South Sudan now had to deal with the problem.

South Sudan’s Constitution accorded land rights to communities, which was problematic when you consider that there are 60 different ethnic groups with about 600 subgroups, Ambrose said. “Communities are conditioned by war to defend their land.”

The problem is framed differently by Gerry Martone of the International Rescue Committee. “Rather than being united against something, they [South Sudanese communities] must be united for something,” he said.

When Anthony Lino Makana, the minister of transport, was asked how South Sudan could talk optimistically about developing 2 000km of roads when tribal mistrust over land had led to rebellions in nine of its 10 provinces, he said that claims of the extent of internal rebellion were exaggerated.

“What we are seeing is the tail end of a situation where there were more than 30 militias in South Sudan. And now there are only three militias left in the country, only one of which, the Lord’s Resistance Army, remains a problem.”

The land, tenure conundrum is alive and well in Juba where the Bari tribe rejected the government’s application to have land made available to expand the capital.

“It’s a legacy of the north’s divide-and-rule strategy between tribes,” Bior said.

“The Bari have swallowed the Khartoum line that Goss [government of South Sudan] is overloaded with Dinkas intent on controlling everything in the country. This is why Goss is sitting with a proposal to build a new capital at Ramciel in Lake Province to the north,” he said. “The government needs to change the entire modality of how people live and think about themselves, and that’s going to be a major challenge.”

Ambrose said there had also been cases of leaders misleading their communities about land for personal gain. A case in point was a 49-year-lease deal struck between South Sudanese community leaders and a Texas-based company, Nile Trading and Development, for 600 000 hectares.

In the weeks leading up to independence, Khartoum closed the border and turned off South Sudan’s oil supply.

The South Sudanese response has been cavalier and Makana said the ploy had backfired and that the real victims “are northern Sudanese cross-border traders”.

South Sudanese officials said they were negotiating with petroleum companies to establish a fuel line to Kenya but it would take three years, something that Makana dismissed as “nothing, when you consider how many years we were not dependent on oil”.

But South Sudan’s economy has been dependent on oil for more than five years now and there is no denying the effect that the border closure has had on businesses in Juba and on the livelihoods of ordinary Sudanese.

“The price of diesel has doubled in a few weeks, wiping out profits for many businesses,” said South African-born Dianne Carson, a shareholder in a Juba hotel.

Zimbabwean Andries van Aarde, who works for a Juba-based construction company, said that cement had become scarce and prices had gone from 55 to 75 Sudanese pounds (R126 to R190) overnight.

“The value of the Sudanese pound is also falling rapidly and there’s a fear amongst expatriates that a second Zimbabwe is in the making, with hyper-inflation becoming the norm,” he said.

John Yoh, tipped to be South Sudan’s first ambassador to South Africa, said that unlike South Africa — and in fact acting on South African advice — “Goss has not been promising South Sudanese people the world. We have been very careful not to promise anything we are unable to deliver.”

Whether this will mitigate the growing local disgruntlement over fast-rising food prices remains to be seen.

With Juba already heaving with people for independence celebrations, questions are being asked about the government’s ability to secure the city, in spite of the assurances of Barnaba Marial Benjamin, the information minister, that “our people are prepared. Nothing will stop the three-day event from proceeding smoothly.”

Eighty national delegations (30 of them heads of state) are expected to arrive before July 9.

Bior said South Africa’s delegation would be the largest. Setlhoke admitted: “There are some problems, especially to do with securing accommodation, but they [the government] have done remarkably well, considering.”

South African soldiers can be seen around town. “They are here to provide security and to assist with accreditation processes,” Setlhoke said.

It was a favour that was critical, Bior said, “as many of the heads of state who are coming would not have been able to do so if the airspace had not been secured”.

Atem Garang, an SPLM leader and son of the late SPLA leader and national icon John Garang, admitted that “there could be some incidents of insecurity during the celebration” perpetrated by “troublemakers sent by the NCP [the governing National Congress Party] in Khartoum”.

Armed roadblocks are commonplace on all Juba roads.

According to local hotel owner Timothy Logali, “the biggest danger is going to be people firing their weapons in the air. They’ll be happy drunks but that doesn’t affect where the bullets fall, and there’s not much the government can do about it, except impose a curfew — which is something they have done regularly in the past, often as early as 2pm.”

This article was supported by a grant from the Open Society Foundation. The views expressed in it are those of the author.