Goodbye to the A-list? 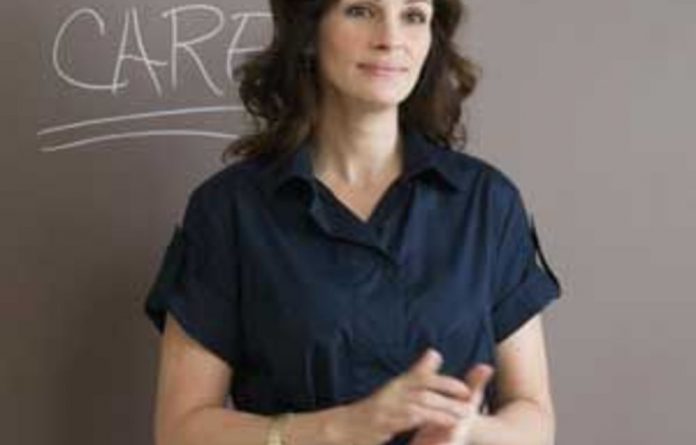 Hollywood’s A-listers were once a gold standard.

Big names — Cruise, Roberts, Nicholson — could “open” a movie simply by being in it; they guaranteed big-ticket sales for the opening weekend by virtue of their names alone. That is what justified their monster fees: a rumoured $20-million a movie being the benchmark, plus a share of the profits (gross, not net).

But now stars aren’t paying their way. Peter Bart, former Variety editor and one-time Paramount producer, has triggered a spasm of anxiety by suggesting that the star system is in the middle of a collapse. “Something profound is happening. Where are the stars […] who could carry a film?”

Johnny Depp and Angelina Jolie in The Tourist, a Venice crime caper, hardly even limped out of the starting gate. How Do You Know?, a dire comedy with Reese Witherspoon and Jack Nicholson, looks unlikely to recoup its $80-million cost.

Dismal returns
Stories about the death of the movie star are nothing new, though. Vital signs were reportedly flagging two years ago, when the industry gasped at dismal returns for Jim Carrey’s A Christmas Carol, Bruce Willis’s Surrogates, Adam Sandler’s Funny People and Julia Roberts’s Duplicity. Denzel Washington even took a pay cut for Unstoppable.

Meanwhile, the movies making the running, and the money, are franchises, superhero dramas or sci-fi actioners, where the effects are the star (the Transformers films or Avatar), or knockabout comedies such as The Hangover or Bridesmaids, starring comics and small-screen graduates.

Then there are the Harry Potter and Twilight franchises: they’ve made stars of their actors, but even now the likes of Rupert Grint and Emma Watson are not major-league players.

Until recently, when star-driven movies took a bath at the box office, Hollywood executives would swallow hard and resign themselves to the long haul into the black through DVD sales. But DVD sales are down and the spotlight has swung back to the question of whether Hollywood can afford to make the investment in “stars”.

Despite TV, video and the internet, the cinema as an entertainment model has been relatively robust; in fact, the act of going to the cinema as a “live” experience, like a music concert, is arguably surviving because it cannot be illegally downloaded. Stars are seen as a vital component of this experience — but things are changing.

Twitter attacks
Twitter is getting some of the blame. Once, the mighty reputation of stars would carry a substandard movie through its opening weekend and beyond. But audiences now tweet witty put-downs from the auditorium. A Twitter attack, like a judo black belt, can use its opponent’s weight against him or her and make a star’s puffed-up conceit look daft. In the Twitterverse, stars can’t count on respect.

Studios are still groping around for ways to manage this volatile medium. They also realise that the real profits are to be made in foreign markets. English-speaking megastars with cultivated “personalities” may not travel to markets such as China in the same way superheroes or CGI monsters can.

But the “star” as a brand may be more resilient than we think: perhaps we are simply in the middle of an intergenerational hiatus, with a new wave slow to break through. George Clooney is looking more grey-haired, but Ryan Reynolds has yet to acquire the gravitas. It is chastening to read William Goldman’s classic Adventures in the Screen Trade and be reminded that Eddie Murphy ruled the 1980s, Burt Reynolds the 1970s. Inevitably, their moment passes.

In a world of instantaneous audience reaction, that moment may be quicker to pass. Perhaps the movie industry will breed smaller-scale, TV-level stars who will move between big and small screen and will not automatically recognise the superiority of film to TV. The number of films may increase, pumped into the system in the hope of scoring a hit, and huge star paydays will be a thing of the past.

But as long as audiences pine to see an idealised version of themselves on the screen, stars will survive. —