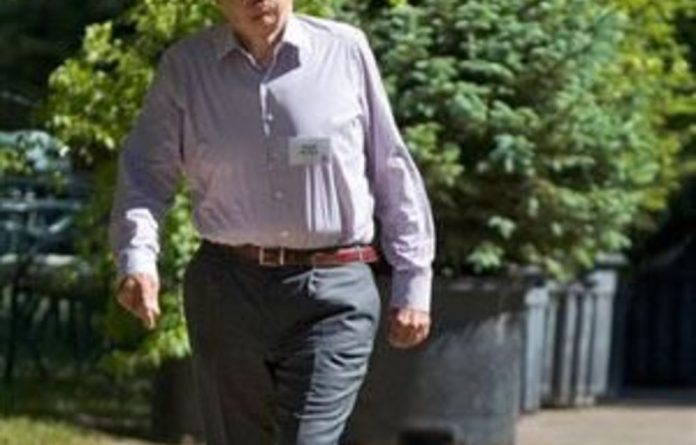 Britain’s celebrities might no longer have to worry about the News of the World hacking phones or rifling their bins, but the manner of the paper’s demise shows controlling information is getting much more difficult.

Rupert Murdoch’s News Corp may have hoped that cosy relationships with Britain’s police and political parties would be enough to avoid too close an investigation of persistent allegations that the paper’s journalists had broken the law.

In the past, that might have worked. But once the old-school investigative reporters of the Guardian revealed hacking victims included teenage murder victim Milly Dowler, bombing victims and the families of Britain’s war dead, social media and the Internet took over.

The initial story might have come from mainstream print media, but the online wave of outrage — which swiftly turned to mass lobbying of advertisers, who deserted the paper in droves to save public face — was something newer, the latest example of social media acting as an accelerant in a political crisis.

The rise of the internet and particularly social media are revolutionising the structures of who controls information — and therefore to a certain extent the resulting structures of power. Keeping secrets is getting harder, stealing them in vast quantities and disseminating the information to the world easier — as seen last year with WikiLeaks.

It may all be bad news for media moguls such as Murdoch.

“What you’re seeing in all these cases is what you might term a democratisation, a decline in the power of the traditional ‘gatekeepers’ such as governments and newspaper editors,” said Jonathan Wood, Control Risks global issues analyst. “Information can be taken in huge quantities and sent immediately around the world — and it’s much harder to stop it.”

That would make the kind of “gentleman’s agreement” between media chiefs and others — for example, to ensure privacy for politicians’ families or the secret deployment of Prince Harry in Afghanistan — much harder in years to come, he said.

Ten years ago, a well-connected politician or company trying to kill a story would have picked up the phone to national newspaper editors and perhaps the heads of key TV channels. Now, they are more likely to be worried about what is on Twitter, Facebook and Google — which can be much more difficult to influence.

Secrecy gets harder
“For me, the key lesson of this story is the same one we’ve seen elsewhere, that secrecy is getting much harder,” said Kevin Craig, managing director of British consultancy Political Lobbying and Media Relations (PLMR). “The bottom line is that everyone has to get more used to greater transparency.”

Already, companies keen to protect their public image often spend as much on online reputation management as they spend on conventional media relations. Meanwhile, governments are finding that controlling or influencing the mainstream press is no longer enough to shape the news agenda.

Both the Arab Spring and WikiLeaks saga both showed them struggling to control information through censorship or internet blocks whilst individuals found it easier to disseminate opinion and coordinate protest or political action.

Twitter in particular allows thousands of popular dissenting voices to coalesce and lobby those in authority, organise flash mobs and even cyber attacks and spread otherwise controlled stories — such as those covered by UK privacy “superinjunctions” banning mainstream media from covering them.

The viral way in which campaigns can spread means a firm’s reputation can come under sustained attack in hours — in this case producing the advertising boycott that killed Britain’s largest circulation weekly newspaper.

Product boycotts have been organised before, but on the Internet they spread much faster.

The online anger also helped force Britain’s political leaders — who had wooed Murdoch for decades — to turn on the press baron, forcing him to abandon immediate hopes for a takeover of satellite broadcaster BSkyB.

“It’s ironic, because the News of the World was always particularly good at creating the kind of mob frenzy we’ve seen here,” said Tim Hardy, founder of UK-based blog Beyond Clicktivism. “But in the social media era, things have changed. In some ways, the way in which consumers can band together to — for example — boycott a brand is akin to what you might see with a trade union coordinating to withhold labour. As we’ve seen, it can be very effective.”

Data theft easier
The sheer level of potential privacy invasion by tabloid journalists has shocked many. All the resources of the British government, it appears, may have been unable to protect Gordon Brown, a former chancellor and prime minister, from having his personal bank and family medical data stolen.

The resulting popular outrage might lead to tighter legislation on what newspapers can do, but it will do little to reduce the innate vulnerability of that data.

Media outlets might find themselves under greater and perhaps legal control, but that may not prevent less mainstream outfits — such as WikiLeaks — from sometimes crossing legal and perceived ethical lines.

Keeping secrets is still possible — as the United States showed by keeping quiet for years the details of how it was gradually moving closer to finding Osama bin Laden. But such knowledge must be particularly carefully guarded in the current era.

“There are still secrets from my time in government that I know that have never been revealed,” former US Undersecretary of State and Defence Joseph Nye — now a professor at Harvard University — told Reuters earlier this year. “It is about deciding what is really important and protecting it.”

But while data theft might become more frequent, some worry a longer term result of the scandal may be that already cash-strapped newspapers and media outlets cut back serious investigative reporting are for fear of breaching privacy laws.

That could mean complex scandals that require months of investigation and joining the dots might simply never be either, and the hypocrisy of corporate, political and celebrity elites sometimes simply left unmasked.

“Until the News of the World closed it was the most profitable news publication in the UK,” said PLMR’s Craig. “It is going to require substantial cultural and economic shifts for the online media model to really begin producing the profits needed to fuel investigative journalism.” – Reuters