Yes, but what does it all mean? 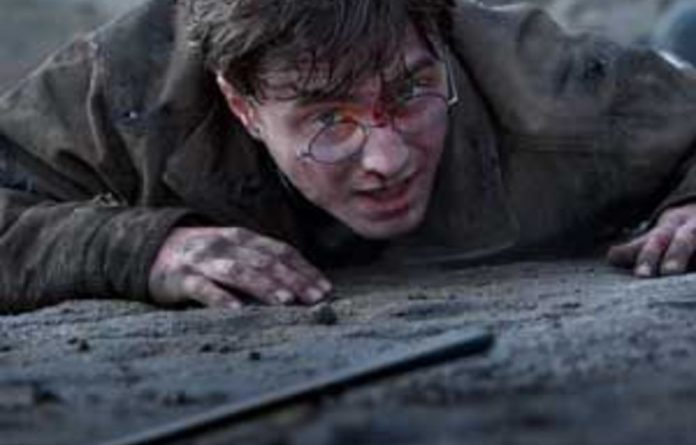 I am reading Critical ­Perspectives on Harry Potter, Part II as Harry Potter and the Deathly Hallows, Part II is released. The film is the second half of JK Rowling’s seventh book, which Warner Bros cut in two to thrill the fans or increase its $6-billion gross, depending on how magnanimous you think global corporations can be. Now Potter on film is done; it is the beginning of an end.

I bought Critical Perspectives on Harry Potter, Part II not because I can’t get hold of Harry Potter and International Relations, which actually exists, but because I think it is the best example of the response to the phenomenon. Harry Potter is above all a piece of marketing wizardry, conjuring up court cases, book burnings, a theme park in Florida, sales of 450-million and a pile of academic texts. This is the impact of Potter on Earth and part of it, like a Horcrux, is in the British Library.

The many authors of Critical ­Perspectives on Harry Potter, Part II take Rowling’s world intensely seriously, which I suppose is why they didn’t stop at Critical Perspectives on Harry Potter, Part I. They write like very intelligent children, wandering the corridors of Hogwarts seeking meaning and, although they don’t explicitly admit it, more of the contents of Rowling’s head. It is essentially Quidditch played with opinions.

Magic theory
The economists seek clarity: “What is the wizarding economy based on?” The feminists are angry because they believe gender stereotypes are rampant. “The ‘Fat Lady’ in the portrait at the entrance of Gryffindor tower … has no personal name and is never called anything but the ‘Fat Lady’ or a very fat woman,” I am told. Did female weakness (like Eve’s) lead to the creation of evil wizard Voldemort? If his mother Merope “had been emotionally stronger and had been able to maintain better boundaries in her relationships”, I am asked, “might she have given Tom Riddle/Voldemort enough love to prevent sociopathy?”

Maybe. But if you think Potter is anti-feminist, consider Lord of the Rings, where the only female characters with lines are a hysteric and two elves.

I have only a few more examples from Critical Perspectives on Harry Potter, Part II before I put it down, even though I can hardly bear to. Take racism. The Harry Potter series is apparently full of it. Dobby the house elf speaks in “racially charged pidgin” and goblins “embody many caricature traits of stereotypical Jews”. Animals are ritually abused. A dragon is chained up as a mere “security feature” in Gringotts, the goblin (Jew) bank. And so on.

I am a typical adult Potter reader. I came to the books late, with Harry Potter and the Prisoner of Azkaban, in 1999. I have read them all — twice. I have seen the films — twice. I went to late-night screenings and on midnight book-buying trips in awful suburban shopping malls and was served by shop assistants dressed as wizards. For a brief period, I even had a wand, although I have lost it, or given it away because I realised it didn’t do anything.

Now I have read the books and thrown them away because I will never read them again. I don’t think I like Harry Potter. Does anyone? He is too whiny, racked and self-righteous. He has no sense of humour, although he does smirk.

Harry Potter is an everyman and that is why he sells. The books are mysteries, quests, horror stories, pulp fiction, ­Bildungsroman, romances, school stories, sports stories and serials. They incorporate aspects of every story humans have ever told. All the virtues and all the monsters are here and at the centre is a boy so dull any of us could take his place.

Loved, hated, studied
The fashionable defence of Pottermania is that the books get children to read other books after they have finished Harry Potter. This is not true; reading, as ever, declines. So why are we over-analysing him? Is it shame? Where does all the meat at Hogwarts come from? Is it industrial farming? It cannot be so!

Religious believers obviously took the bait. Fundamentalist ministers have burned Potter books — although, in the words of Viz magazine, today they could have simply downloaded and deleted them. “Without question, I believe the Harry Potter series is a creation of hell,” writes Joseph Chambers of Paw Creek Ministries, “helping the younger generation to welcome the biblical prophecies of demons and devils led by Lucifer himself.”

Other Christians cite Harry’s pleasing similarity to Christ — he was willing to die to save humanity.

The chief prosecutor of Iran is obviously against it. He has criticised Barbie, Batman, Israel and Spider-Man, so he was never going to love Harry Potter and his “destructive cultural consequences”.

The elf-defender would have loved Critical Perspectives on Harry Potter, Part II, because it notes that the last sentence of the last book includes the phrase, “Thinking now only of the four-poster bed lying waiting for him in Gryffindor tower and wondering whether Kreacher would bring him a sandwich there [Harry buggered off].” This is the Marxist interpretation of Harry Potter. Harry is an oppressor who has simply “internalised the treatment of Kreacher as a menial servant”.

I shouldn’t go on, but I love this stuff. I love watching adults excuse themselves for wanting to be children, as if it were bad. The wizard conference was full of strange, sad women in black, who sat in the front row of the lectures, their ankles spilling over their shoes, longing for details of a world not their own, and men dressed as wizards, sweating and arguing about goblins. It was depressing.

I never asked the questions they did. I never looked to Harry Potter for succour or enlightenment. The only unanswered question I have ever had was: Why doesn’t Voldemort have a nose?

Holidays with Harry
I go on a Harry Potter film-location walk through London. There are 70 glossy Americans and Canadians, and guide Richard Walker, who begins by announcing that he drinks the blood of unicorns to stay young. I seriously doubt this. He is wearing a sand-coloured suit and has written a short book called Who Cares? Why War, Poverty, Environmental Destruction and Debt Remain So Popular.

As he leads us through the City, which is even more glassy and preening when it is Sunday-empty, I speak to the punters. TJ Romano (17) is from Pennsylvania. “She [Rowling] makes it feel very real,” he says, “because it is like real places. It is easy to relate to.” This is a world so like our own it is easily slipped into. “I have read them all twice,” says his mother. “I like the underdog becoming somebody. It is good versus evil and good prevails.” This is a world that redeems.

Walker shows us the entrance to Diagon Alley in Leadenhall Market. He shows us Tower Bridge, where the Order of Phoenix flew. He shows us the shop at Borough Market that stood in for the Leaky Cauldron, rattling next to the railway line. It is above the Posh Banger Boys. Harry Potter is sitting on a sausage. Don’t tell the authors of Critical Perspectives on Harry Potter, Part II.
Harry’s window, Walker says, “is the top window nearest to the railway line. It’s very odd, because the Leaky Cauldron is in Charing Cross. But they are wizards. They can do what they want.” Yes, they can.

We disperse, and I go to the entrance to platform 9¾ at King’s Cross, where Harry walked through the wall and caught the train to Hogwarts. So many fans have turned up and posed for photographs here that the sign has been moved outside the station and put under a low, foul awning near a newspaper kiosk.

The entrance to platform 9¾ is a photograph of some bricks and a sign with the “4” half-eaten away. It is foetid and peeling; nothing magical here. A bit of a trolley sticks out of the wall. But still the tourists come and pose — body to the wall, face turned backwards, smiling.
—